In the final weeks of January and carrying through to today, the US dollar has been in rally mode.  The Bloomberg Dollar index is now up 1.82% off the January 6th low having reclaimed its 50-DMA in the process.  With a higher low now in place, over the past couple of months the dollar has appeared to have formed an inverse head and shoulders pattern which is typically viewed as a bullish set-up.  As shown in the second chart below, this recent rally is also leading the dollar to test the downtrend line that has been in place since its high on March 23rd of last year. 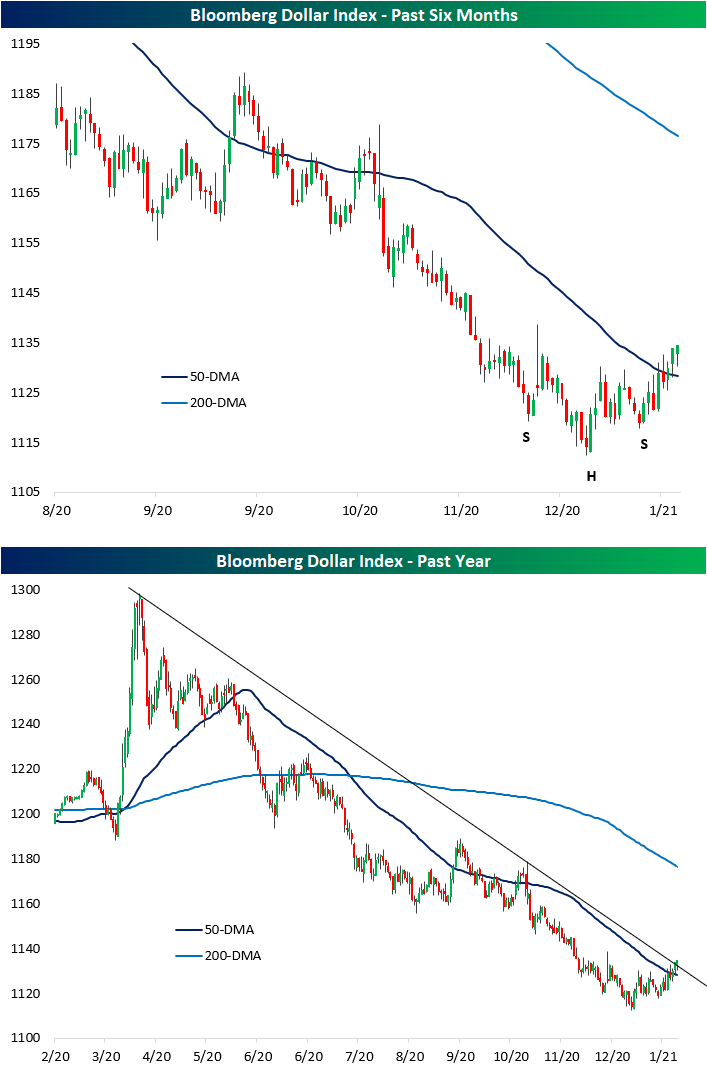 In periods of dollar strength, companies with a higher share of revenues generated domestically stand to benefit while companies with heavy international revenue exposure are hurt.  In the past year, we have generally seen that play out. From the 2020 high for the dollar on March 23rd through the recent low early last month, Russell 1,000 stocks with heavy international exposure (those in our International Revenues database who generate less than half their revenues domestically) outperformed with an average gain on 109.44%. By comparison, stocks with 90% of more of their revenues generated domestically rose 97.11% in the same time frame.  Since the dollar low on January 6th, that has reversed.  Whereas the basket of internationals is flat since early January, domestics are up 1.56% on average.

As for the past few weeks, the only deciles to have declined have been deciles 2 and 3. While not in the red, the first decile of stocks with the highest share of international revenues have been laggards as well. On the other hand, stocks with higher shares of domestic revenues have generally done better.  Click here to view Bespoke’s premium membership options for our best research available. 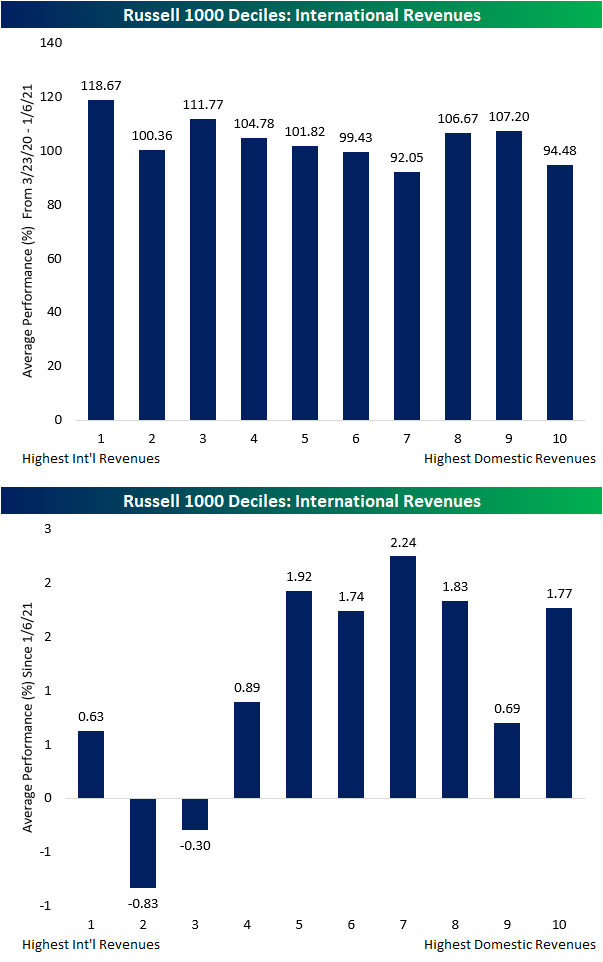