Dogs of the Dow Performance So Far in 2020

The average stock in the Dow Jones Industrial Average is down 16.24% on a total return basis so far in 2020.  Below we take a look at how the “Dogs of the Dow” strategy has performed so far this year.

Of the non-Dogs, Boeing (BA) has been by far the worst performer with a YTD decline of 60.01%.  At the start of 2020, BA had a dividend yield of 2.52%, but that dividend has been suspended.  JP Morgan (JPM), American Express (AXP) and Disney (DIS) have all fallen more than 30% YTD, while Johnson & Johnson (JNJ), Walmart (WMT), and Microsoft (MSFT) are the only three Dow stocks that are up on the year.  Read our weekly Bespoke Report newsletter released every Friday with a two-week free trial to Bespoke Premium. 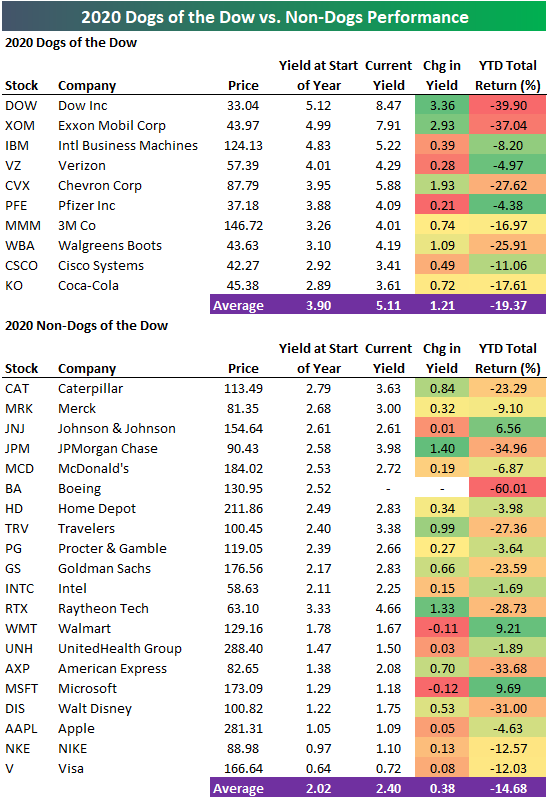