As we noted in Friday’s Bespoke Report, through the first week of the year the best performing sectors were not what would have been expected.  While the S&P 500 rose 1.83% through the first five trading days of the year, the Energy sector rose 9.31%. That is the sector’s best five-day start to a year since at least 1990.  Materials was the next best sector notching a 5.68% gain. That is the sector’s second-best start to a year since 1999 when it rose 7.18%.  Financials, Consumer Discretionary, and Health Care were also some of the better-performing sectors last week. Of these, there have been even better starts in recent years, although for Financials this year’s start was the best in a decade. While these sectors all led last week, sectors that had been leaders in the past year like Tech and Communication Services underperformed the S&P 500. That begs the question of how these sectors hold up throughout the rest of the year. 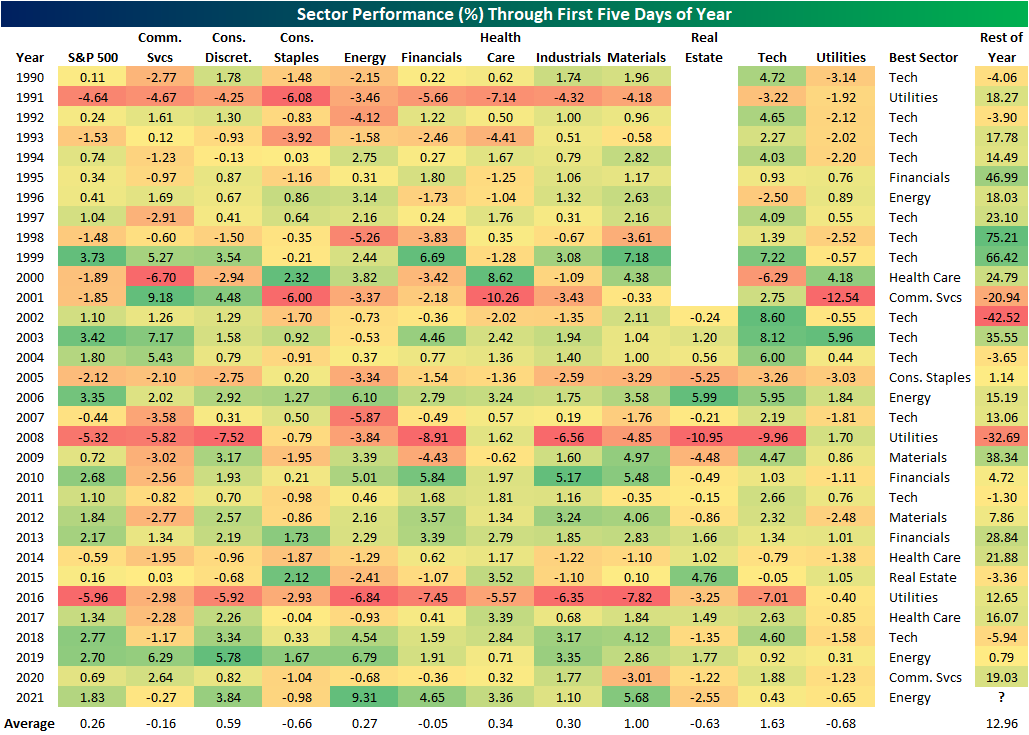 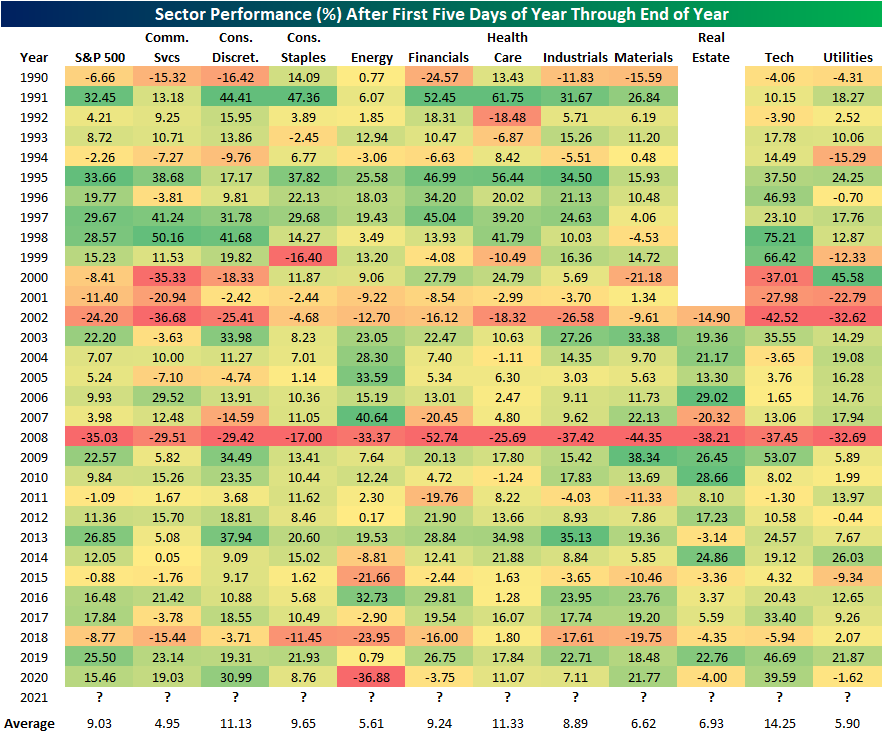