The table below lists the first time that the DJIA closed above each 1,000 point threshold in its history along with the total number of times the index has crossed that level on a closing basis throughout history. The thousand point level that has seen the most crosses on a closing basis was 11,000 (87 crosses) while 10,000 ranks second at 67.

Obviously, the higher the DJIA goes, the less impactful a move of 1,000 points becomes.  At current levels, 1,000 points represents just 3.3%, which is really nothing more than a very bad day in the market.  Given the diminishing impact of 1,000 points in the DJIA these days, their significance declines.  Even still, the twelve new 1,000-point crosses since the 2016 election has given the President (who has publicly discussed the stock market more than any other President in history) plenty of ammunition to tweet about.  Click here to see Bespoke’s premium membership options and start a free trial for instant access to our research and interactive tools. 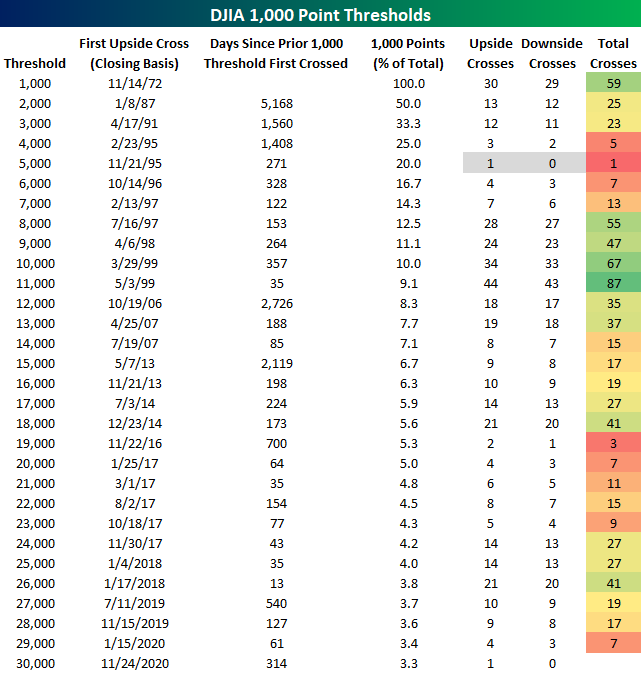