Disappointment Out of Dallas

Following very strong readings from the Philly Fed and preliminary Markit PMIs last week, the Dallas Fed’s Manufacturing report released this morning disappointed.  The headline index came in at 7 compared to forecasts of a reading of 12 and last month’s adjusted reading of 10.5. That reading is still consistent with overall growth in the region’s manufacturing sector, but at a slower pace as the index fell to the lowest level since August. 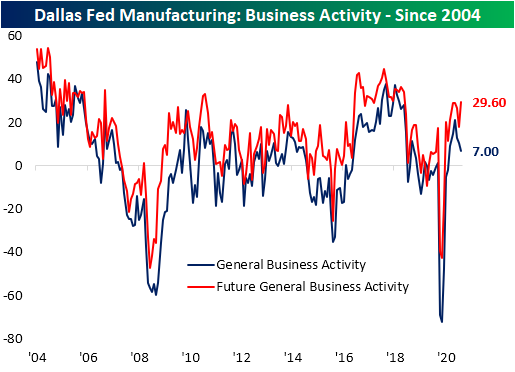 The index for General Business Activity was far from being the only one to fall month over month.  As shown below, breadth in this month’s report was terrible.  Of the 17 different indices for current conditions, 13 fell month over month. That brought several of these readings from the top decile of historical readings down to the middle of their historical ranges. While the pullbacks were significant, only inventories remain in contraction.  Meanwhile, breadth was a little bit better for the indices for future expectations.

One area that saw declines across the board were the indices concerning demand.  As shown below, the indices for New Orders, New Order Growth Rate, Unfilled Orders, and Shipments were all lower in January. All of these are now at the lowest levels since June, or July in the case of order growth rate. These lower readings are still indicative of growth, but at a slower rate. 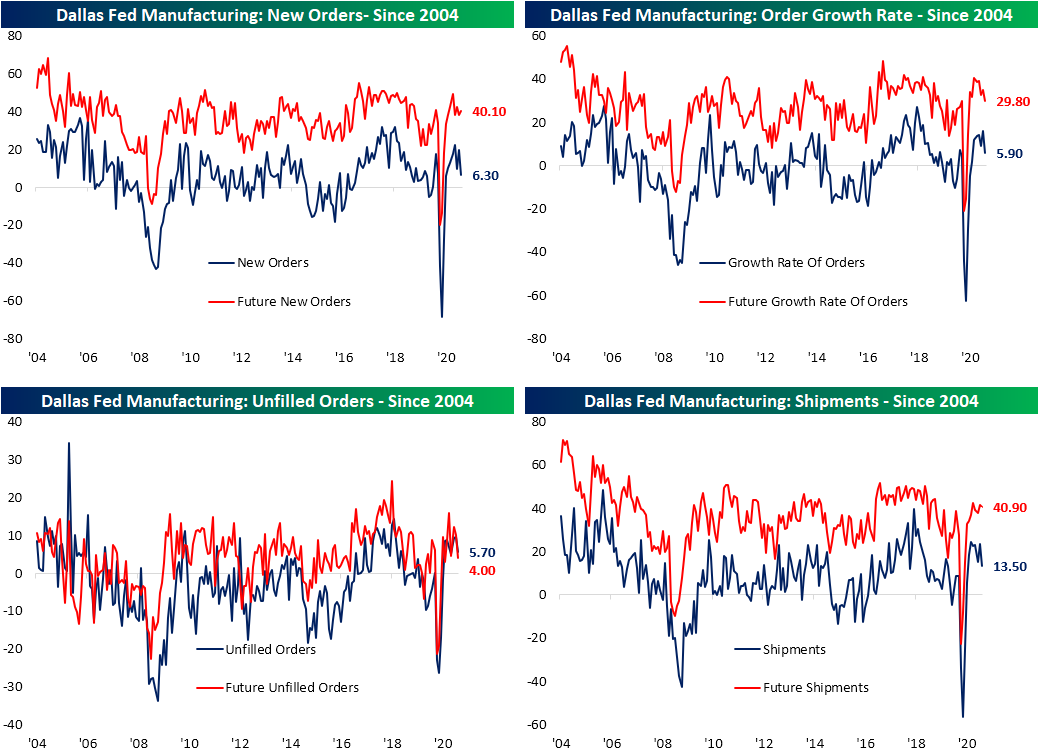 Just as we have seen in other recent manufacturing reports, survey respondents are reporting price increases.  The index for prices paid rose to a reading of 55 from 50.8 in December.  That is nearly in the top decile of all readings as the index sits at the highest level since April of 2011.  The index for future expectations similarly ticked higher reaching its highest level since March of 2012. 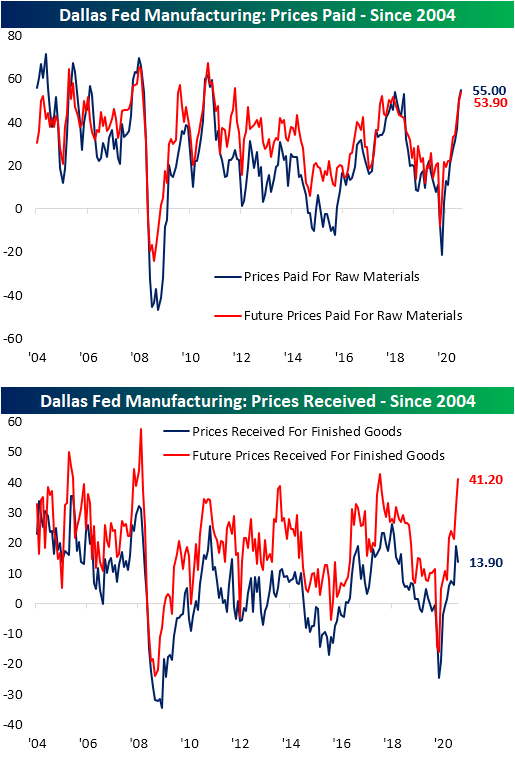 Similar to prices received, the current conditions index for wages and benefits fell this month, but the index for future expectations rose much more sharply and to one of the highest readings of the past couple of years. In other words, although price hikes were not observed, they are foreseen on the horizon.  For wages and benefits, that expected uptick comes as hiring continues with the index of employment remaining in expansionary territory.  Additionally, hours worked rose this month from 9.5 to 12.6; the highest in September of 2018.  Click here to view Bespoke’s premium membership options for our best research available. 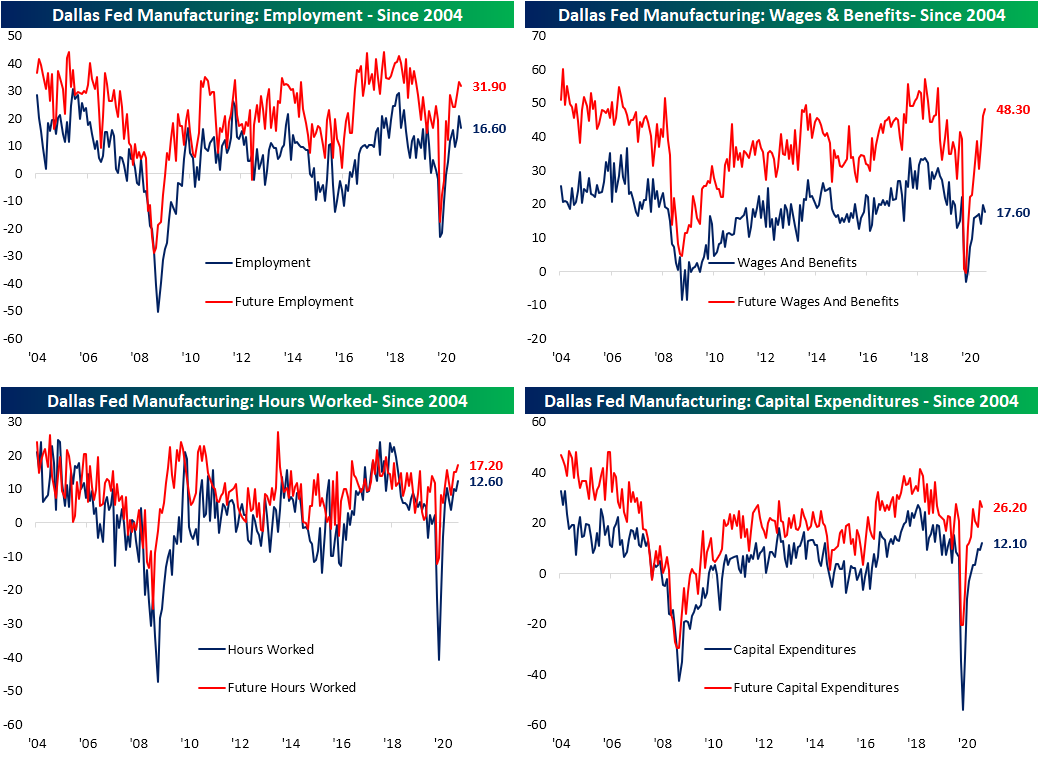