Disappointing Claims But Seasonality a Factor

Initial jobless claims were expected to improve this week, falling from an upwardly revised 748K last week down to 730K. Instead, claims came in worse than expected, rising for a second week in a row totaling 778K.  That is the highest level in claims since the week of October 16th. On the bright side, this week’s 30K increase was smaller than last week’s 37K uptick. 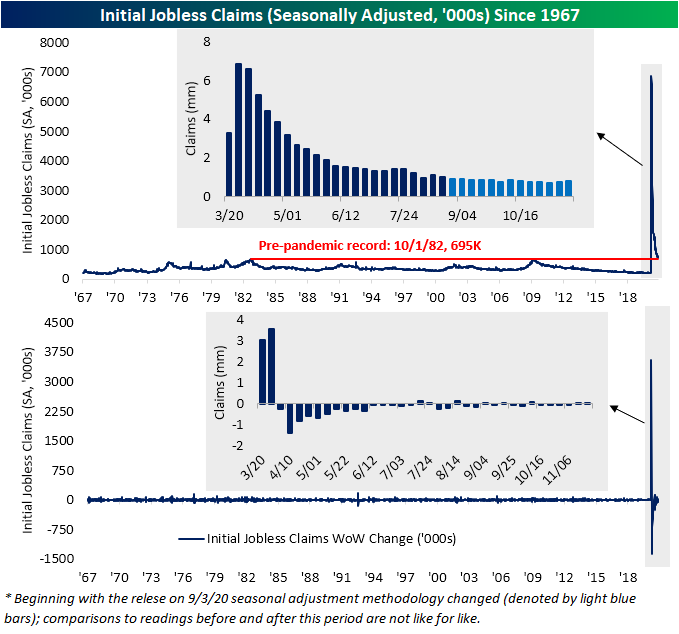 On a non-seasonally adjusted basis, initial jobless claims likewise rose this week, increasing by 78.4K to 827.7K. That is the highest level and the first time claims have come in above 800K since the week of October 9th when claims stood slightly higher at 829.7K. While claims have moved higher over the past couple of weeks, we would note that claims moving higher is the normal seasonal trend for this time of year. In fact, up until the past two weeks claims data has been mostly bucking seasonal norms as they have continued to grind lower.  But this week’s 10.46% increase is actually just about inline with the WoW increase that has been historically observed for the same week of the year (47th week) of 10.68%. In other words, the impact of rising COVID cases may have played a role, but seasonality is certainly another factor. 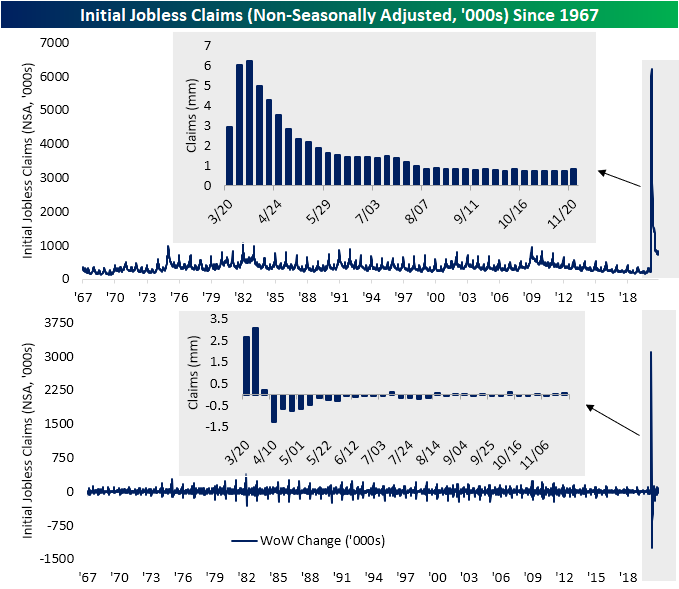 Taking a look at both regular state claims and Pandemic Unemployment Assistance (PUA) claims supports the impact of seasonality.  While total claims rose to 1.139 million, the most since October 9th, the bulk of the increase came from regular state claims.  PUA claims were actually lower this week, falling down to 311.7K from 319.7K. That is the third-lowest reading of the pandemic, only behind two weeks ago (296.4K) and the first week they were recorded back in April (218.8K). 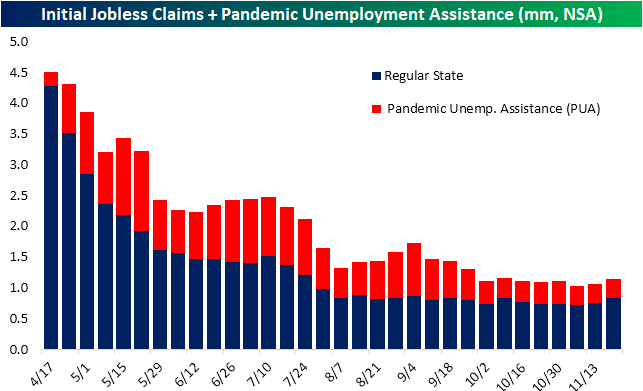 As for continuing claims which are lagged an additional week to initial jobless claims, despite last week’s uptick in initial claims, there was a net outflow from the unemployment insurance system. Continuing claims fell for a ninth week in a row with this week’s reading of 6.071 million- the lowest reading since March 20th. That is also the second week in a row that claims have come in below the pre-pandemic record of 6.635 million from around the time of the Great Recession. 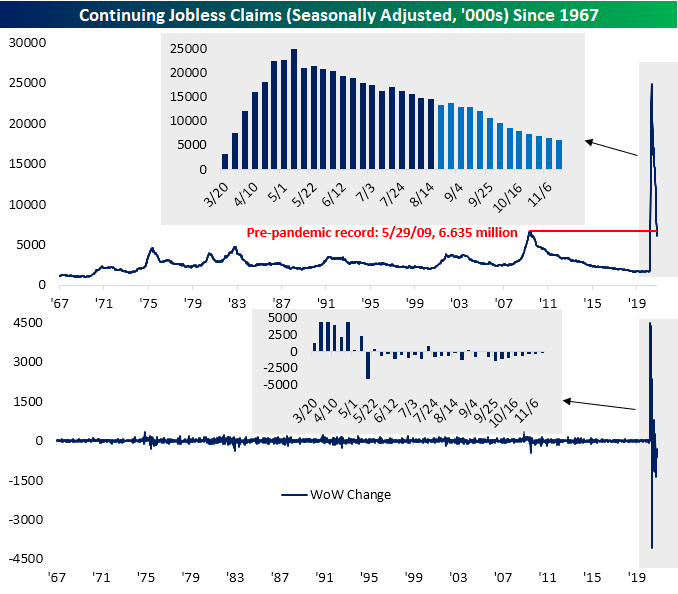 While regular state claims have improved, taking all programs into account the picture is a bit less rosy. The addition of other programs lags the data yet another week meaning the most recent data is for the week of November 6th.  As of then, total continuing claims across all programs rose slightly from 20.494 million to 20.363 million. While higher, that is still below where total claims were two weeks prior.  Additionally, the uptick that week mostly came from PUA and PEUC claims as every other program saw declines. With regards to the latter of the two, as we have frequently mentioned in recent weeks, PEUC claims’ share of total claims has continued to rise alongside claims from the Extended Benefits program. That means a growing share of existing continuing claims are extensions.  Click here to view Bespoke’s premium membership options for our best research available. 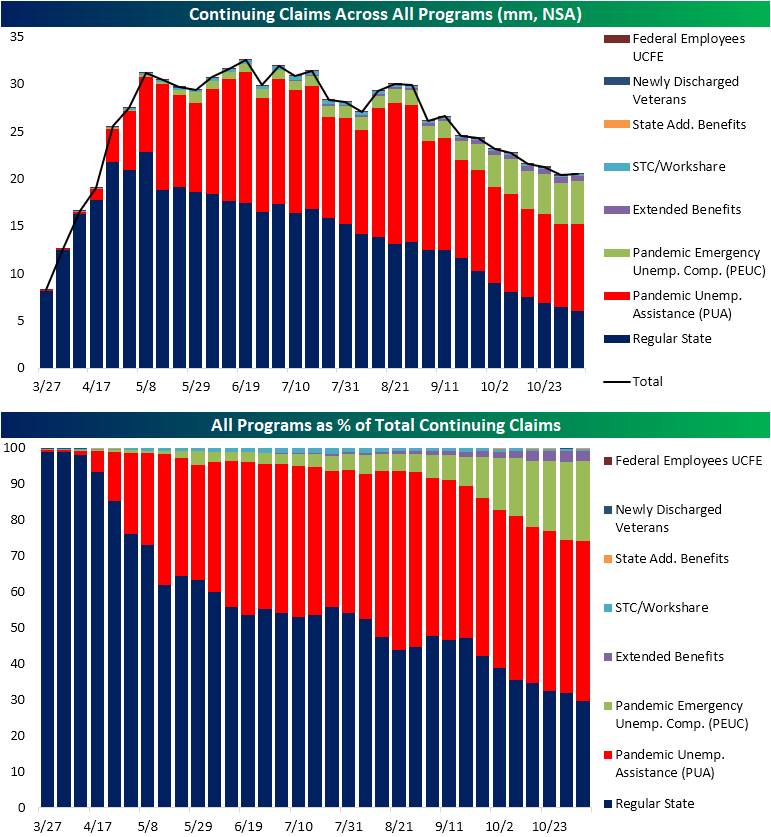