The fifth and final regional manufacturing release came out of the Dallas Fed this morning, capping off the month on a disappointing note.  The index fell by more than expected, dropping 5.3 points to 8.7.  While lower, that is still several points above December and January levels.  The Expectations reading was also lower, setting a 21-month low. 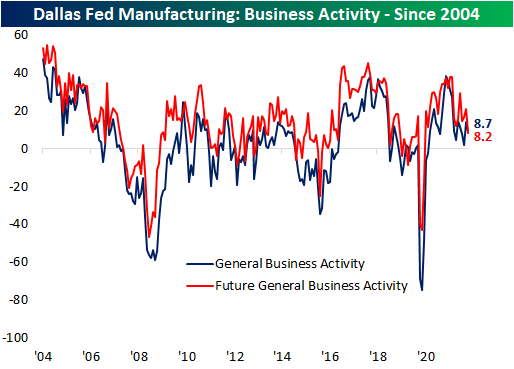 The month over month decline in general business activity came up just shy of the bottom quartile of all readings since the data begins in 2004. In spite of that decline at the headline level, overall breadth was actually largely positive with the number of categories rising month over month doubling the number of categories that fell.  With that said, company outlook, shipments, and new orders each saw significant declines.  Expectations, on the other hand, had a larger share of categories decline as most of these indices sit lower within their respective historic ranges.

As mentioned above, new orders and shipments experienced two of the most notable declines this month, falling 12.6 and 16.5 points, respectively.   New orders is now down to the weakest level since January 2021 while shipments has erased any gain since June 2020. While those were big declines, the positive readings still indicate that the region continues to see growing demand albeit at a slower rate. 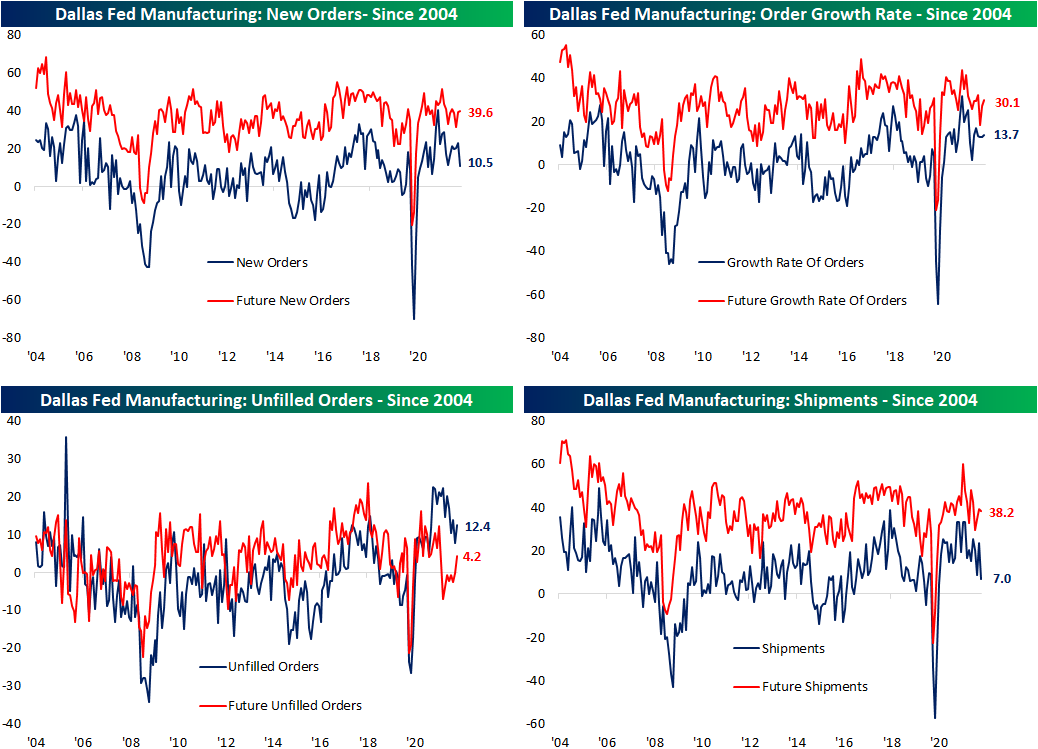 Employment metrics were a healthier area of the report showing the region’s firms increased hiring in March at an accelerated rate. Additionally, wages and benefits also rose at a historic rate.  The current conditions index for that category set a new record high this month while expectations reversed off of a record. Not only are the region’s firms paying workers more, but they are also increasing capital expenditure.  That took out the December high for the strongest reading since last May. That increased spend is also expected to continue as the expectations index hit the highest level in three years.  Click here to view Bespoke’s premium membership options. 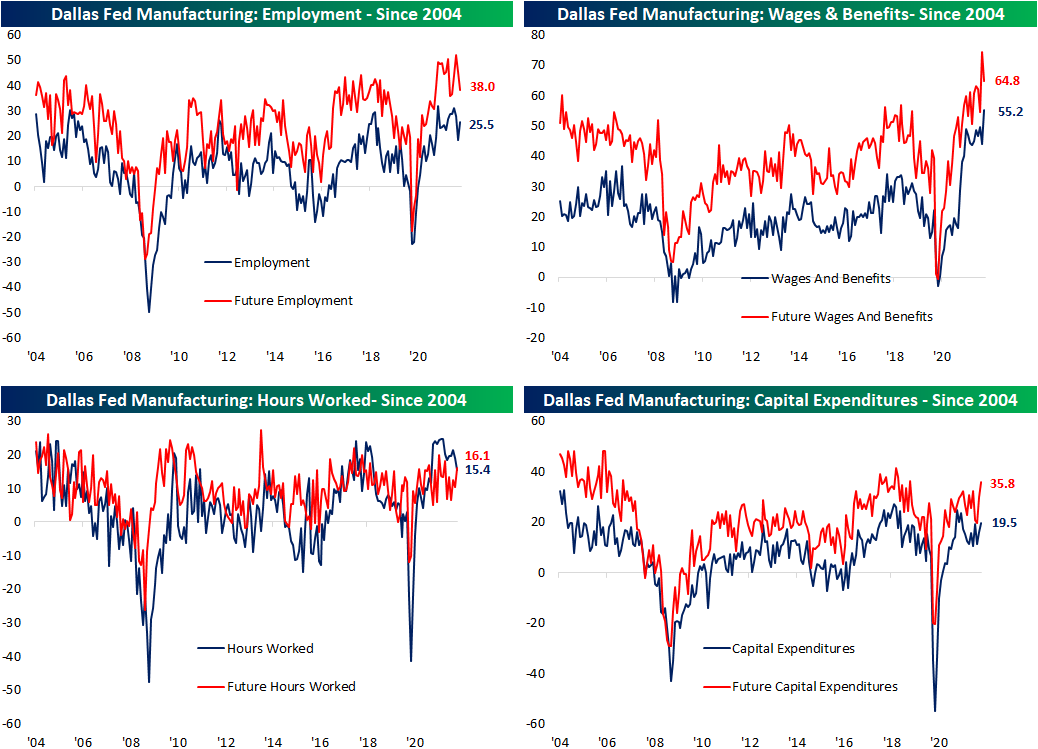