Last week, initial jobless claims beat estimates for the first time in six weeks.  That better than expected trend didn’t continue this week, though, as seasonally adjusted claims came in at 1.508 compared to forecasts of 1.290. With claims 218K above expectations, that was the largest miss relative to forecasts since the week ending May 8th (481K above estimates).  Even though claims were higher than expected this week, they still declined…again.  Claims were lower week over week for an eleventh consecutive week; the longest such streak on record. Granted, this week’s decline was the smallest of the eleven weeks at just 58K.  On an absolute basis, that was actually the smallest change (either positive or negative) since the first week of March (6K decline) when claims were printing in the sub-millions. Overall, a massive number of Americans continue to apply for unemployment insurance, and while there have been fewer doing so, the rate of those improvements has also slowed 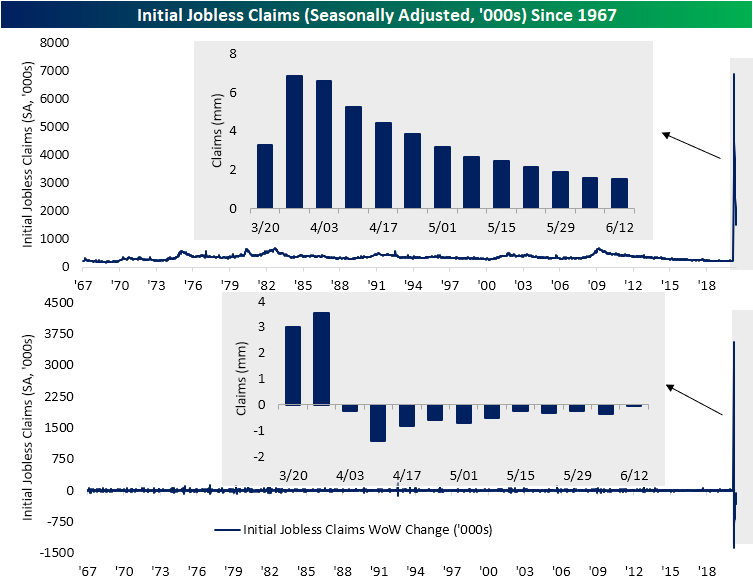 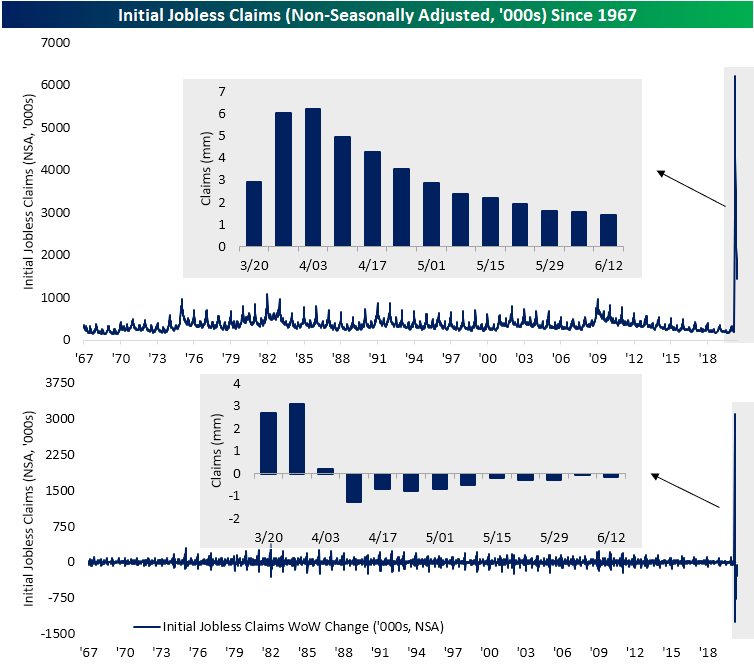 It is a similar story for continuing jobless claims which fell by just 62K to 20.544 million this week; the smallest absolute WoW change since March 6th.  With people returning to work as the economy slowly reopens and additional initial claims still in the millions, the in and out-flows have seemed to more or less balance out as continuing claims have been fairly flat over the past month, especially relative to much larger moves in March, April, and the first half of May.  Since May 17th, continuing claims have hovered between roughly 20.5 million and 21.25 million with this week’s reading at the lower end of that small range.  Click here to view Bespoke’s premium membership options for our best research available. 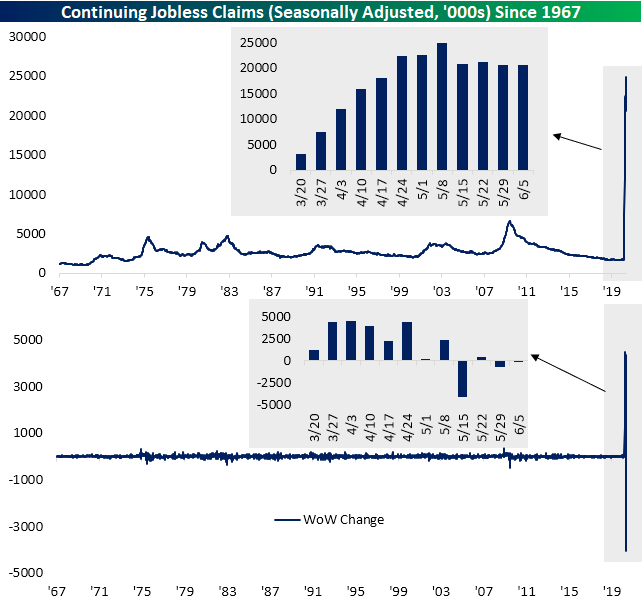