There were two regional Fed bank manufacturing survey results for the month of November released this morning.  The first and stronger of these was out of the Philly Fed. Like the neighboring Empire Fed reading out earlier this week, the Philadelphia Fed’s survey showed an acceleration in activity this month that exceeded expectations. The index for General Business Conditions rose 15.2 points to 39.0 versus a more modest expected increase to only 24. That brings the index from a 79th percentile reading last month to a 96th percentile reading which is the strongest since April’s near-record level. 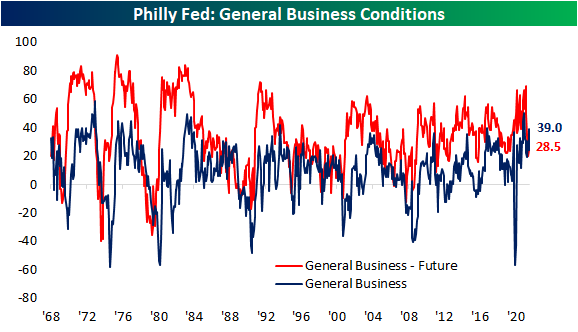 Not only was there a big increase in the headline number, but many of the other categories also saw significant increases this month including new orders, unfilled orders, and prices received which all saw month over month gains that rank in the roughly top 5% of each index’s respective history. Overall, the report showed continued growth in the region’s manufacturing economy with almost every category accelerating MoM in November. 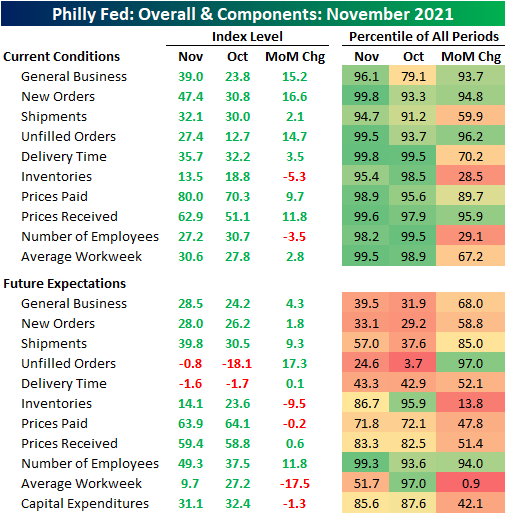 Demand saw massive improvement this month as the index for New Orders leaped higher by 16.6 points to 47.4. That leaves the index at the second strongest level on record behind March 1973. Shipments also rose but the increase was far more modest relative to gains for demand. As a result, Unfilled Orders are also surging.  That index came in at the fourth-highest level to date with the only higher readings occurring in May of this year and January and March of 1973. 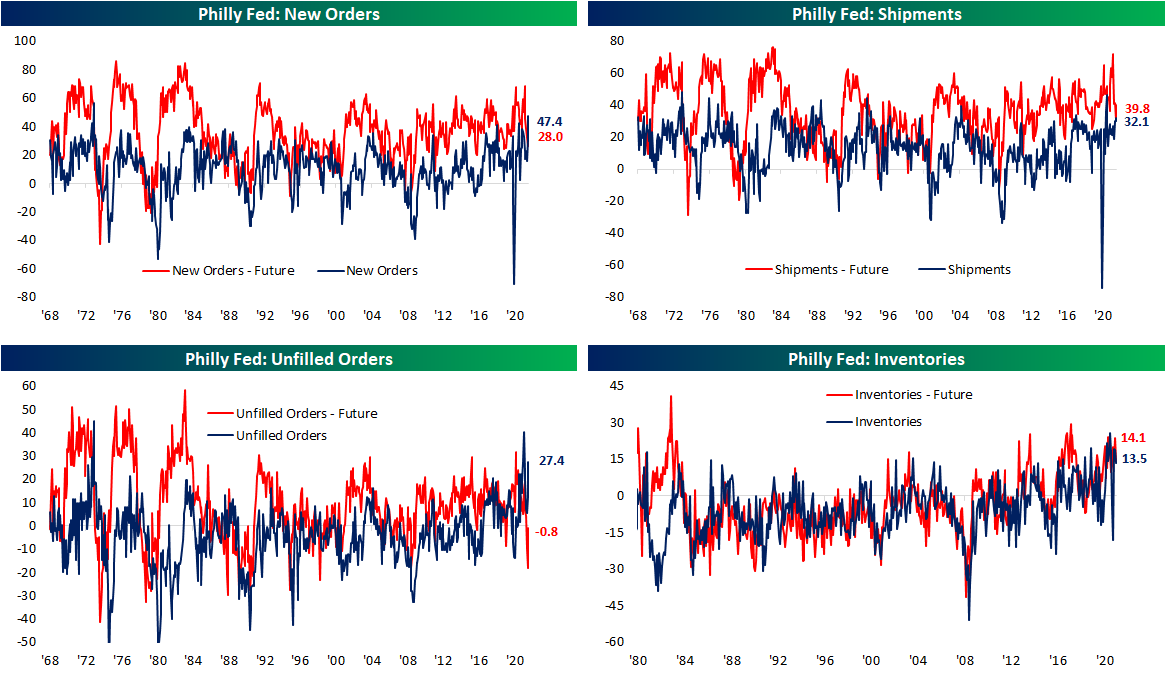 It isn’t a new story, but one headwind in spite of—or perhaps even partially because of—that strong demand is supply chain issues.  Higher readings in the Delivery Times index imply that products take longer to reach their destination. As with other reports, this index has been coming in at unprecedentedly high levels for several months now, but the Philly Fed differs in that this summer saw a big reversal lower. The increase this fall has now given up most of those improvements. Additionally, expectations are fairly optimistic with two months of negative readings in a row. 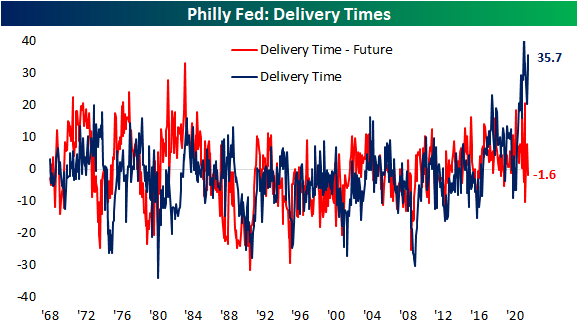 One other impressive aspect of the surge in demand is it comes as prices were hiked at a historic rate.  The Prices Received index rose to 62.9 which is the third-highest reading on record. The only months with higher readings were February and June 1974.  Prices Paid also rose month over month, but that index came up short of a new high. Click here to view Bespoke’s premium membership options. 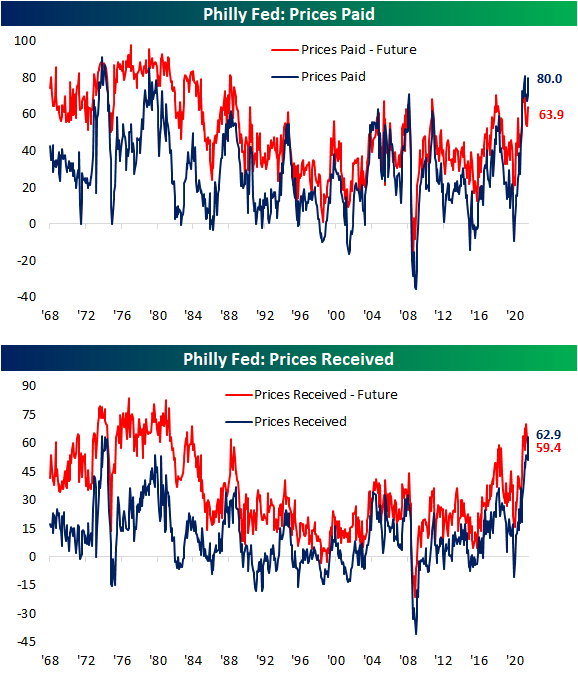