Delinquencies Beginning to Tick Up

In Tuesday’s Closer, we covered the New York Fed’s quarterly consumer credit data. While less expansive, also out earlier this week was the higher frequency monthly mortgage data from data and analytics company Black Knight. Similar to the NY Fed’s data, Black Knight’s monthly mortgage monitor for March showed that despite record jobless claims and all-around slower economic activity on behalf of the coronavirus, there had not been any sharp rise in foreclosures.  In fact, total foreclosures as a percentage of all mortgage loans were at their lowest levels since at least 2012 at only 0.41%. Additionally, most of those foreclosures were older. Only 11.7% of foreclosures were new as of March which is the lowest share since May of 2016. Although foreclosures remain historically low at the moment, some weakness does appear to be bubbling up as delinquencies are on the rise. As of March, 3.62% of all loans were delinquent up from 3.13% in February.  That is the highest level for delinquencies since last June and the first increase since March of last year. That 49 bps rise was also the largest one month increase since at least 2012. 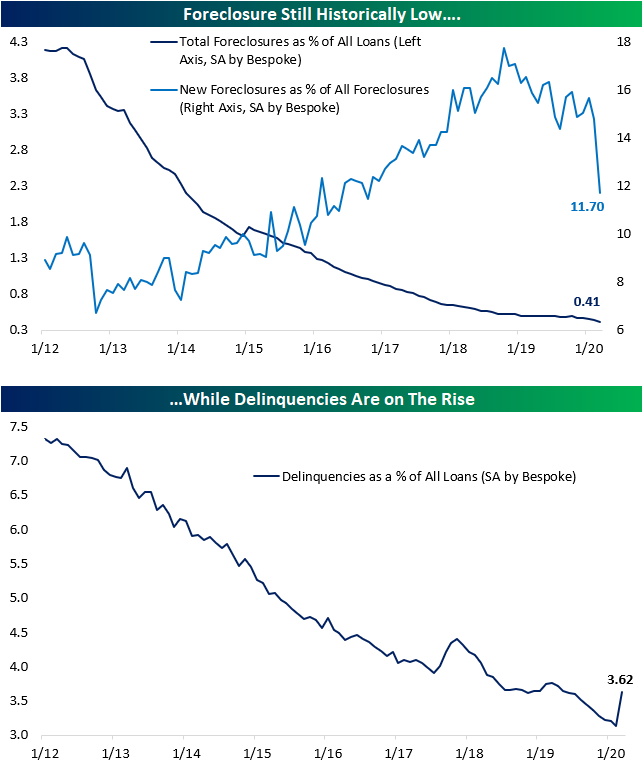 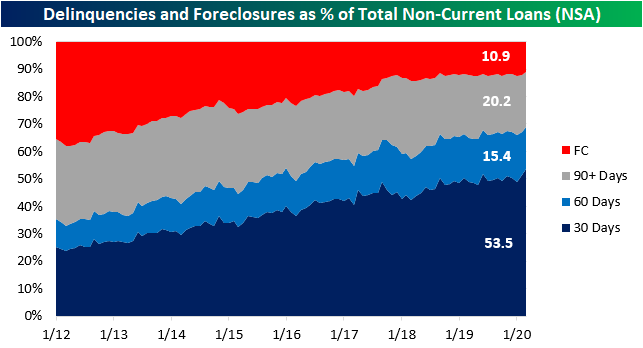