The drift lower in equity prices over the past couple of weeks has resulted in bullish sentiment to similarly turn lower.  The AAII’s weekly reading on bullish sentiment fell for the second week in a row this week as only 40.3% of respondents reported as optimistic.  That is the lowest level since only the first week of February as sentiment remains above the historical average of 38%. 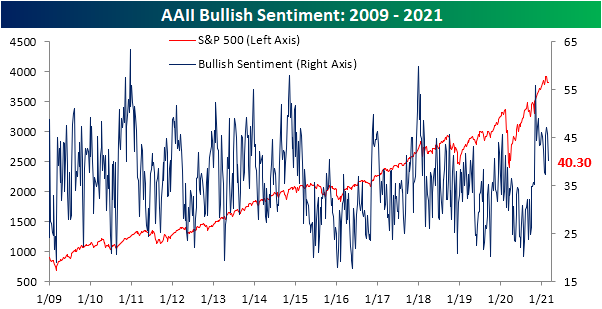 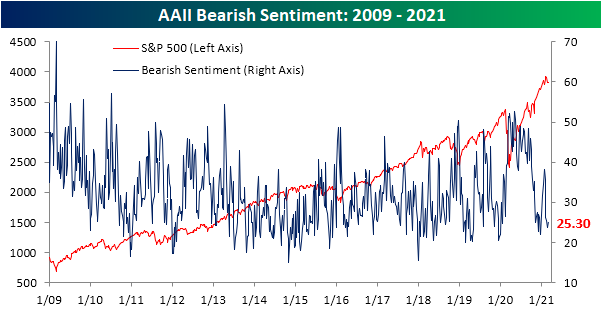 The decline in bullish sentiment drove the bull-bear spread to fall down to 15.  That is only the lowest level since the first week of February as overall sentiment remains largely in favor of bulls, albeit less so than earlier this year. 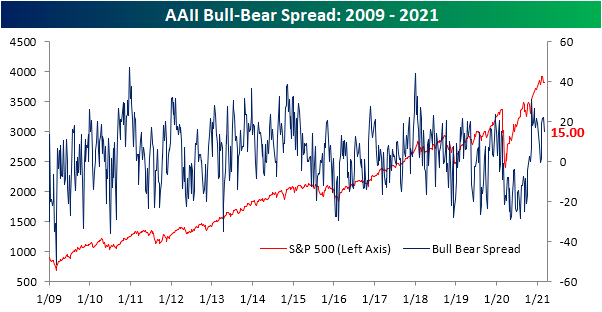 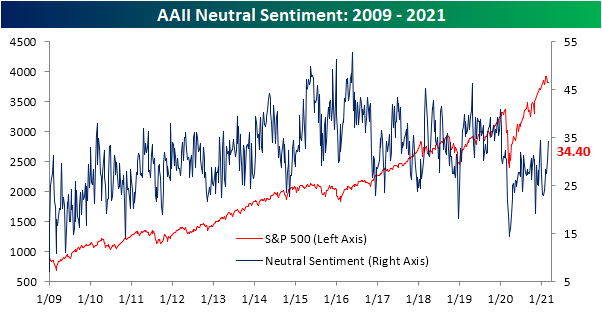 As for the Investors Intelligence survey of newsletter writers, the same sort of moderation in optimism was evident. 53.9% of respondents to this survey reported as bullish this week while bearish sentiment saw a 0.1 point increase to 18.6%; those respectively made for the lowest and highest readings since the first half of November. While that means sentiment still favors bulls, a higher share of respondents are anticipating a correction.  That reading rose to 27.5% this week, the highest level since the 29.1% reading for the week of September 23rd which was towards the tail end of a roughly 10% correction for the S&P 500. Click here to view Bespoke’s premium membership options for our best research available. 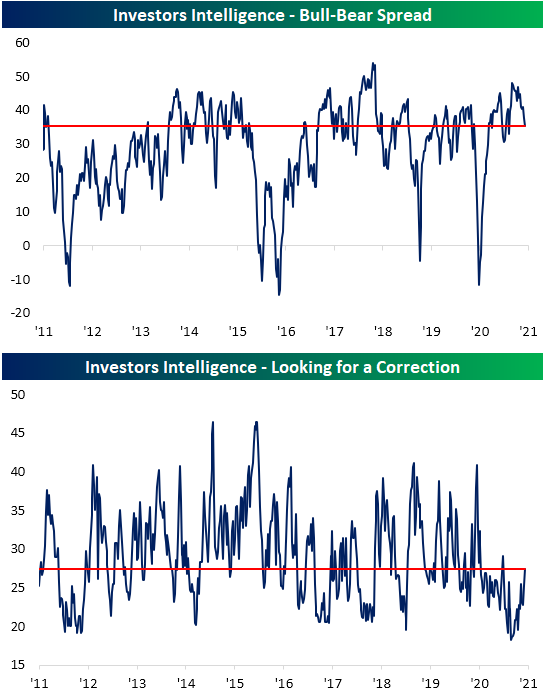