Over the past couple of weeks, we have been highlighting the record declines in the regional Federal Reserve banks’ manufacturing indices for the month of March (see here and here).  The most recent of these indices, from the Dallas Fed, was released this morning, and results were as bad as the others.  The headline reading fell to -70 from 1.2 last month. That is a record low for business activity eclipsing even the 2009 lows and was by far the largest month over month decline in the history of the survey (second chart).  As for expectations six months later, the index fell to 39.5 from 18 which is likewise the largest decline on record. That leaves expectations at their lowest level since December of 2008. 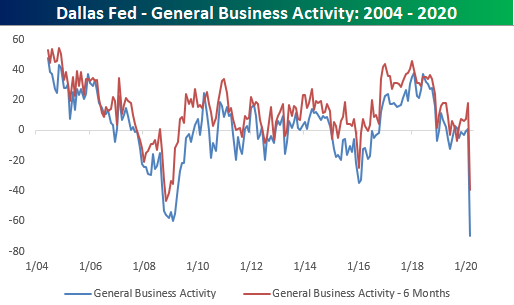 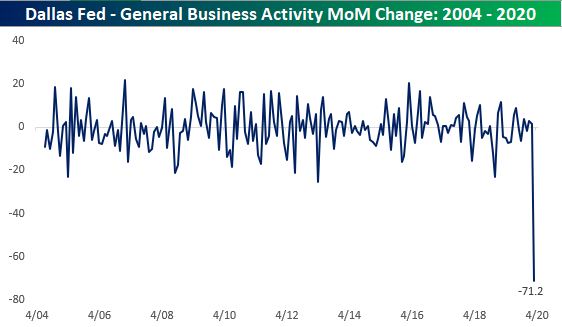 That weak headline number comes on weakness across all of the individual components of the report. Many of these categories also experienced record declines which has completely changed the picture just a month ago. Last month, there were only three components across both current condition and six month outlook indices that were negative. Today there are only two (wages and benefits), and both of these have fallen dramatically. 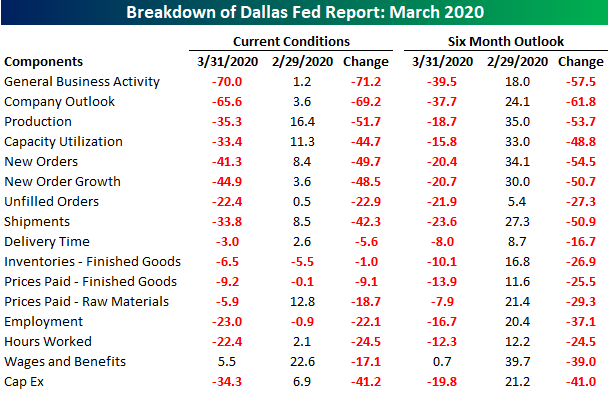 In this month’s survey, the Dallas Fed surveyed respondents on a number of COVID-19 related questions. Over three-quarters of respondents reported a negative impact on production and sales as a result of the virus while 67.5% reported weaker demand.  The subindices echo these results.  Each of the categories tracking demand like new orders, unfilled orders, and shipments fell dramatically in March as shown below.  New orders (both current and the six-month outlook) experienced the largest decline on record.  That leaves the index for current conditions at its lowest level since 2009 and the index for future expectations at its lowest level on record. The indices for unfilled orders are also at their lowest level since the financial crisis after experiencing the second-largest decline on record for the current conditions index and the largest decline ever for expectations. Given this lack of demand, shipments have also plummeted by an unprecedented amount. 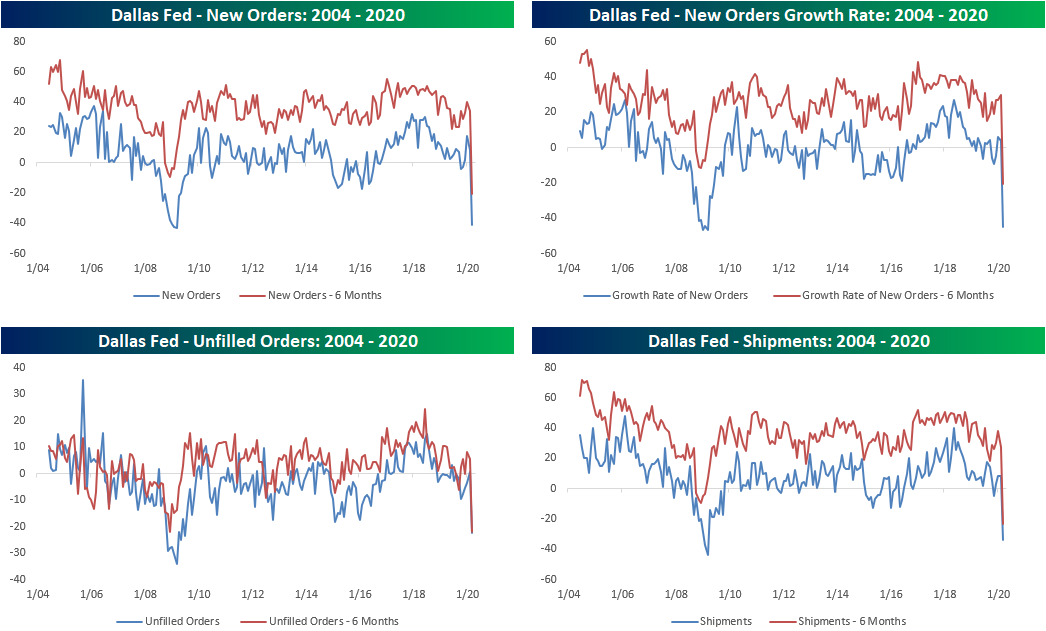 It should come as no surprise following last week’s jobless claims number, but as with so many other components of this month’s survey, the indices for unemployment have also collapsed experiencing the largest declines ever.  Both current conditions and future expectations indices are now at their lowest levels since 2008/2009. Start a two-week free trial to Bespoke Institutional to access our interactive economic indicators monitor and much more. 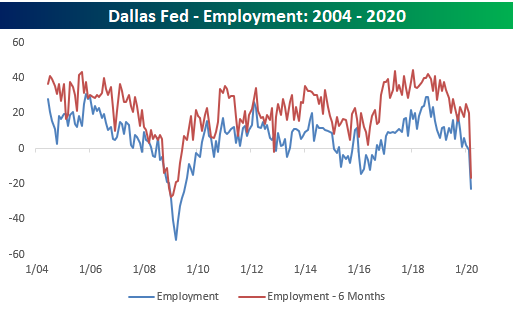