Roughly one month ago, the national average for a 30 year fixed rate mortgage peaked above 6%.  Since then, the rate has pulled back and stabilized around 5.75% in the past several weeks. Although mortgage rates have stabilized a bit, they remain at some of the highest levels since 2008 and have been heading marginally higher in the past week. 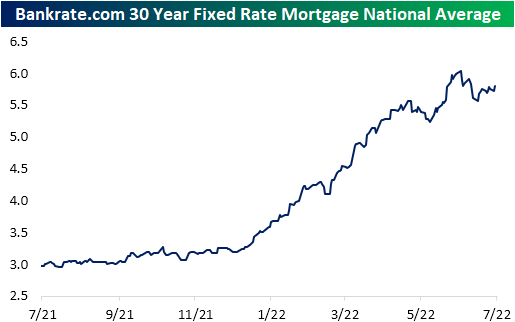 Given the slight rise in rates, demand for mortgages continues to predict further weakness in upcoming home sales data as we noted in today’s Morning Lineup. The MBA’s Mortgage Purchase index released this morning came in at a slightly lower reading than the June 3rd low for the weakest reading in the index since March and April of 2020.  This week’s low is also below the range from the few years prior to the pandemic. 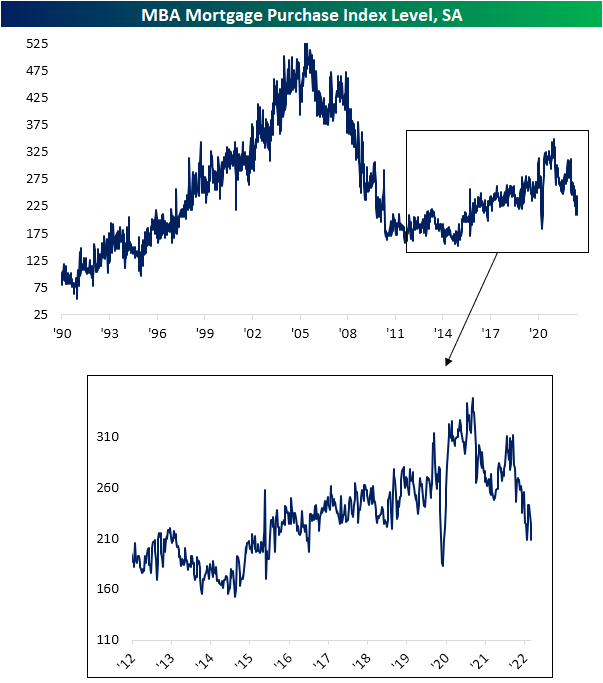 Not only has there been a lower volume of mortgages being applied for, but the actual dollar value of those loans has also plummeted amidst higher rates. As shown below, the average value of purchases reached a high of $460K back in March after a big increase in the first few months of this year.  Since then, it has entirely reversed that move with the average value of loans having fallen all the way back down to $406K.  That echoes the findings in other recent housing data which has similarly shown declines in home prices. 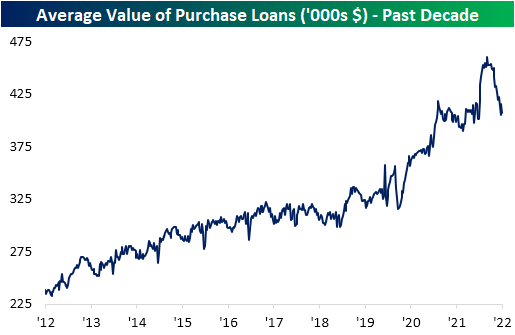 Higher rates have had an even more significant impact on refinance activity. Following another drop this week, the MBA’s index tracking refinancings has now reached the lowest level since November 2000. Click here to learn more about Bespoke’s premium stock market research service. 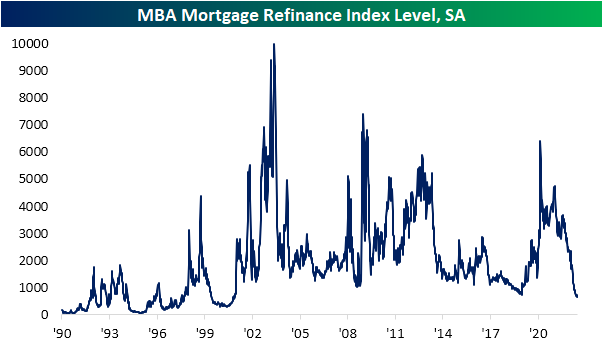