Manufacturing activity in the Dallas Fed’s region continued to expand at a strong clip in July albeit with some slowing.  The index for General Business Activity came in at 27.3 rather than the expected increase from 31.1 to 31.6.   That decline marked the third month in a row that the index has fallen since the multi-year high of 37.3 in April. While current conditions deteriorated, expectations have held up better with a modest decline of 0.2 points this month. 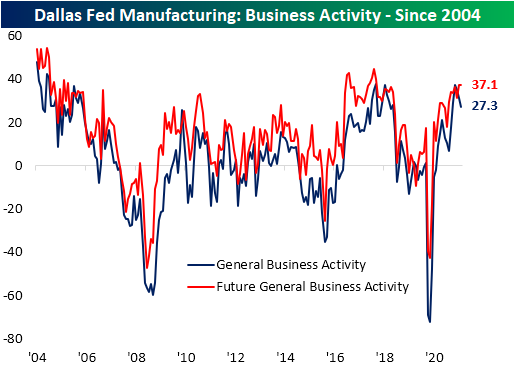 Most of the individual areas of the report saw a decline month over month in July with 12 of the 16 indices falling.  Although most were lower, current levels remain broadly healthy with many in the top decile of their historic ranges.  Expectations saw more broad declines with the only index to move higher month over month being Delivery Times. There were some particularly large double-digit declines in expectations for Shipments, Capacity Utilization, Inventories, and Prices Received.

One of the few areas of the report to see a move higher in July concerned new orders.  The indices for New Orders and New Order Growth rate rose 0.1 and 2.4 points, respectively. Granted, those upticks still left both indices below their highs from earlier in the sping and expectations saw significant turns lower.  While that could imply some slowing in demand, historic backlogs still exist.  As shown in the bottom left chart below, outside of the spike in September 2005 and the past few months, the index for Unfilled Orders has never been higher even taking into account the declines over the past few months. Shipments also saw a small turn lower in July while the bigger move was in regards to expectations.  Last month, expectations for shipments surged to the highest level since February 2006. This month, that reading reversed by 12.4 points; a month-over-month decline that ranks in the bottom 3% of all monthly moves. 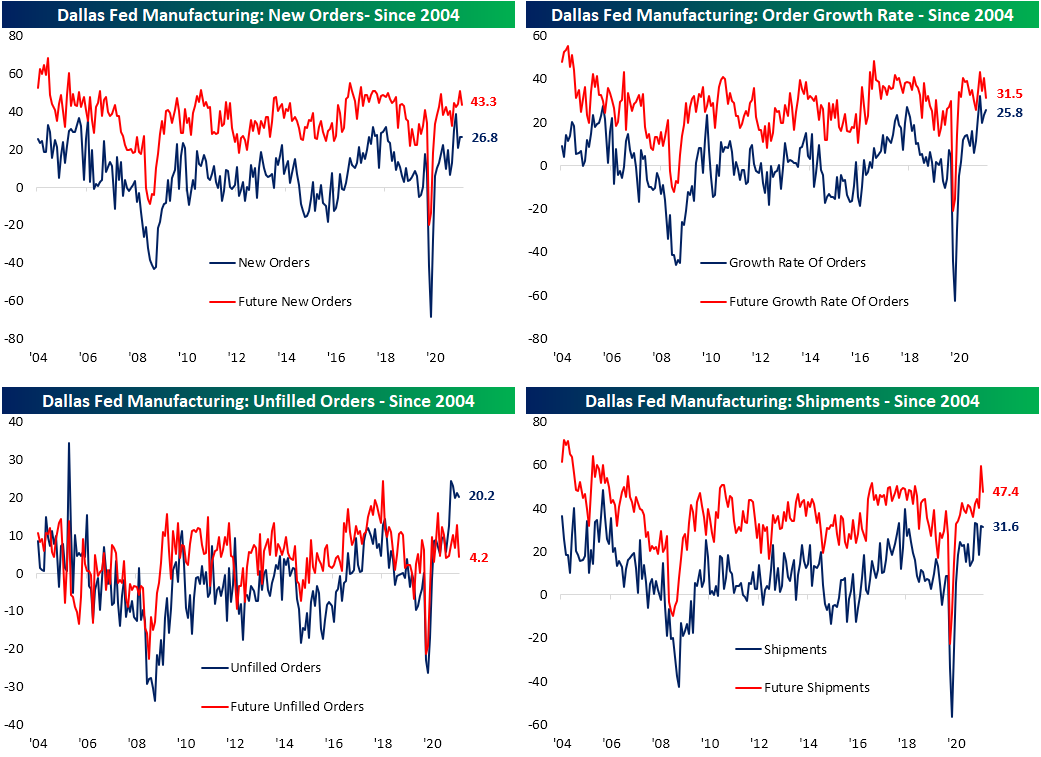 Ironically, even though the reading on shipments worsened, supply chains appeared to have improved to some degree. Higher readings in the Delivery Time index indicate that products are facing longer lead times.  Earlier this year the index surged to unprecedented levels, and while it still has a ways to go until it is back to normal, it did fall 7.2 points in July following a 3.2 point decline in June. 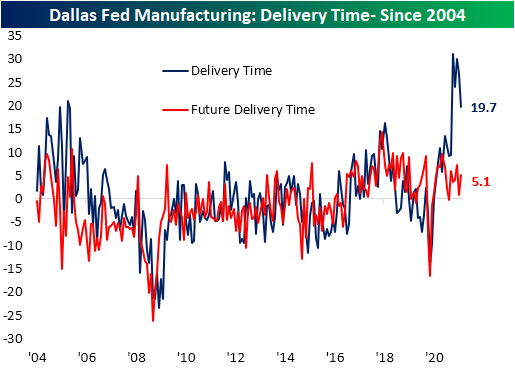 As with Delivery Times, prices have also found some respite after flying higher over the past several months.  Prices Paid fell from a record high to 73.5 which is still the third-highest level of any month to date.  Expectations also saw a sharp pivot lower falling 9.8 points to 43.8.  That is at a similar level to three years ago. Prices Received are a similar picture pulling back from a record high to 40.9. Again even though this reading shows some slowing in price increases, there is no historical precedent for as high of a reading in the index.  Additionally, expectations saw an even more dramatic decline as the index fell 15 points. Click here to view Bespoke’s premium membership options. 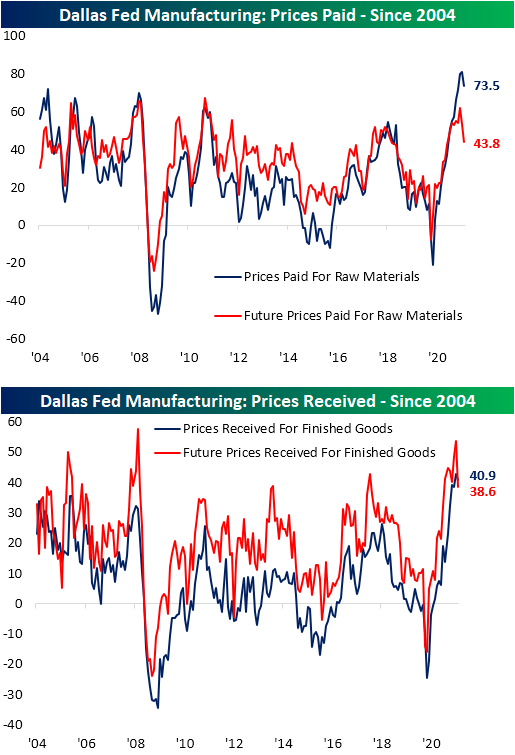