The fourth of five regional Fed manufacturing surveys came in this morning from the 11th district in Dallas.  Whereas the New York and Philly Fed saw strong readings earlier this month, the Kansas City Fed and now the Dallas Fed’s survey were less positive. The Dallas Fed’s index fell to 4.6 versus expectations for an increase to 11. 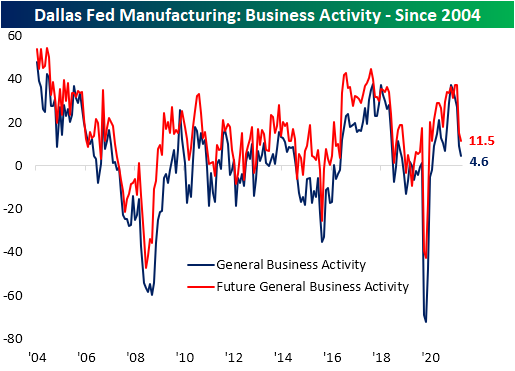 While the headline index was lower, it remained in expansionary territory in the middle of its historical range.  The majority of other categories throughout the report also remain in expansion and are even at historically high levels with many in the upper decile of readings. The only real outlier was the index for Company Outlook.

The Company Outlook index plummeted 14.3 points month over month which is the seventh-largest decline of any month on record. That massive decline brought the index to its first negative reading since May of last year. 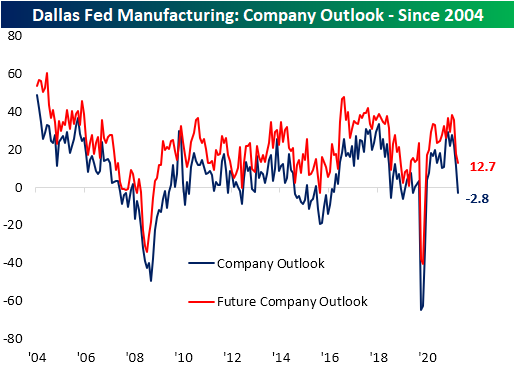 While the readings are still showing expansion, indices covering order volumes were also weaker versus August.  Orders are growing at the weakest pace since last July, but on the bright side, shipments improved slightly to 18.7 in September. Paired with the slowed pace of new orders, the index for Unfilled Orders pulled back to the lowest level since February.  While that means that businesses are likely working off backlogs, the index remains in the upper 5% of readings well above anything observed prior to the pandemic. 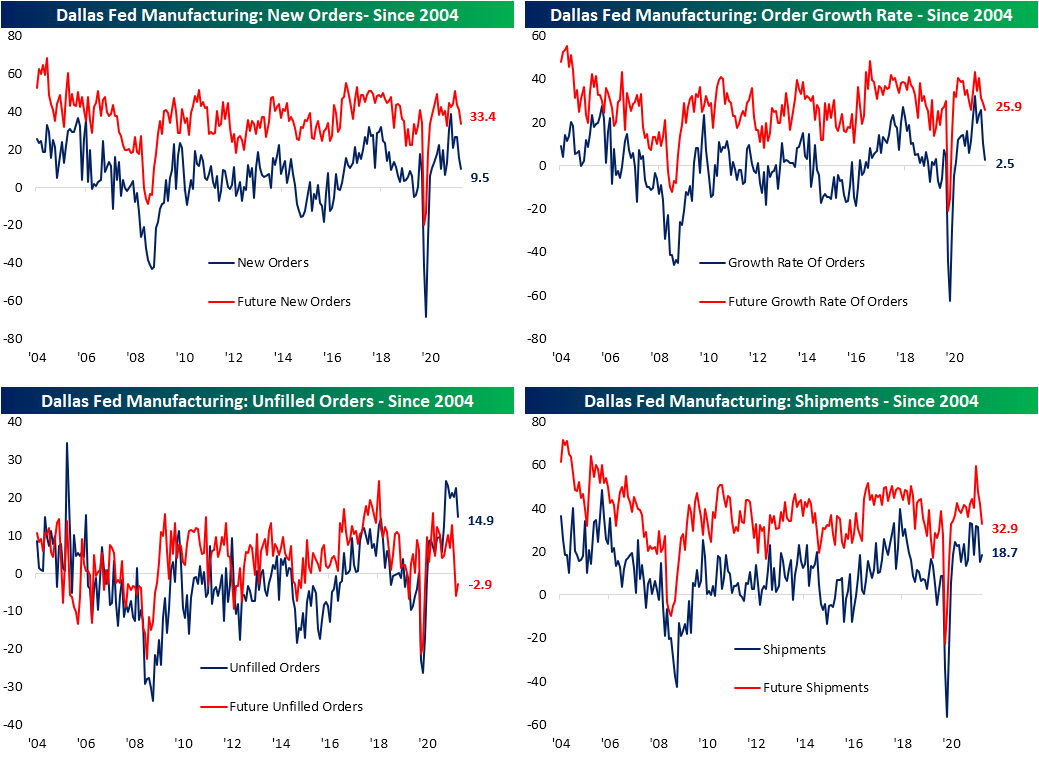 After falling back in July, Prices Paid continued to bounce back reaching 80.4 this month.  That is only 0.4 points below the record high from back in June.  Prices Received, meanwhile, set a new record high after gaining another 5.9 points. 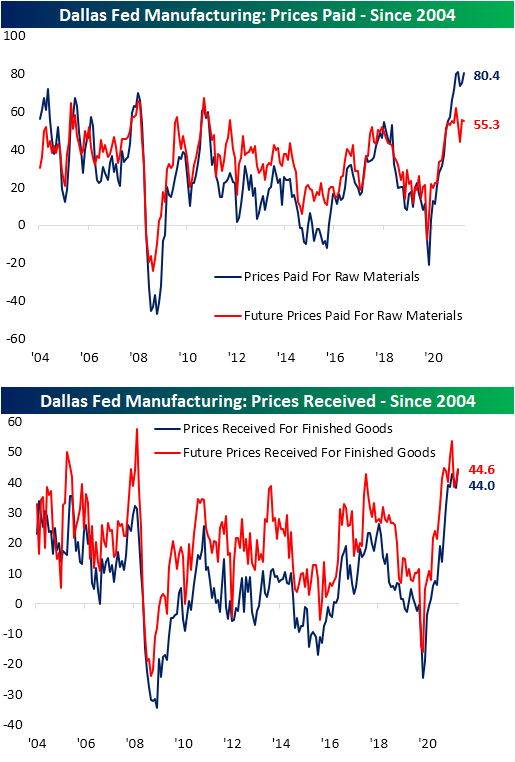 Even though those prices continued to rise, Wages and Benefits saw another decline in September. That index peaked at 48.1 this past June and has declined to 42.7 in the months since then. That being said, the current level of the index is well above any other reading outside the past several months. In other words, companies are reporting that they are continuing to raise wages at a rapid pace.  Meanwhile, if the rise in wages and benefits is not evidence of labor market tightness enough, employment also saw a modest pickup.  That index rose 4.4 points to the highest level in five months when it was at a record. Although that indicates a modest acceleration in hiring, employers are looking to take on far more workers.  The expectations index for this category rose to a record high in September; the only expectations index to do so.Click here to view Bespoke’s premium membership options. 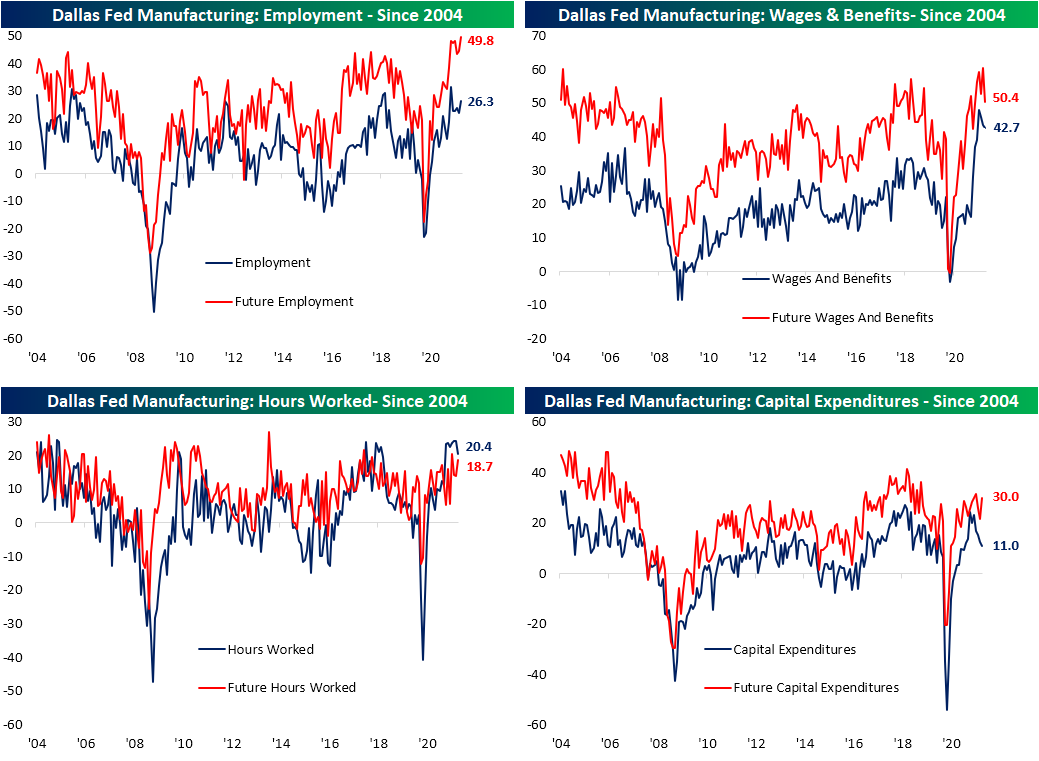