As we noted in yesterday’s Sector Snapshot, cyclical sectors are leading the way higher in 2021 as Energy, Materials, and Financials are all up around 5% or more compared to the S&P 500’s gain of a more modest 1.65% YTD.  That outperformance has led to some sharp moves in the relative strength lines of several sectors. As shown below, the Materials sector and Financials have both seen sharp moves higher in their relative strength lines versus the S&P 500.  For Materials, this has been part of a broader trend of outperformance (upward trending line) that has been in place over the past year. For Financials, prior to this most recent upswing, the line first began to trend higher in the late Fall but then took some pause in December. Meanwhile, Consumer Discretionary, Energy, Health Care, and Industrials have also made moves higher, albeit more modest than those of Materials and Financials.

As for the other sectors’ relative strength lines, there have been some sharp moves in the opposite direction.  Starting with what had been market leaders at various points of the past year, Communication Services and Technology are perhaps some of the most notable negative reversals.  For the former, the relative strength line has generally moved sideways over the past year, but since mid-December, the line has been on the decline with one of the most dramatic legs lower taking place in the past week. Tech was a consistent outperformer in the first half of 2020, but since the summer that outperformance has faltered.  The sector’s relative strength line peaked and has been trending sideways since the start of September and the move so far in 2021 has brought the line down towards the low end of the past few months’ range. As for other sectors, Real Estate, Utilities, and Consumer Staples have been trending lower for the better portion of the past year, but with cyclical sectors flying, the relative strength lines of these more defensive sectors have made new lows this week in dramatic fashion.  Click here to view Bespoke’s premium membership options for our best research available. 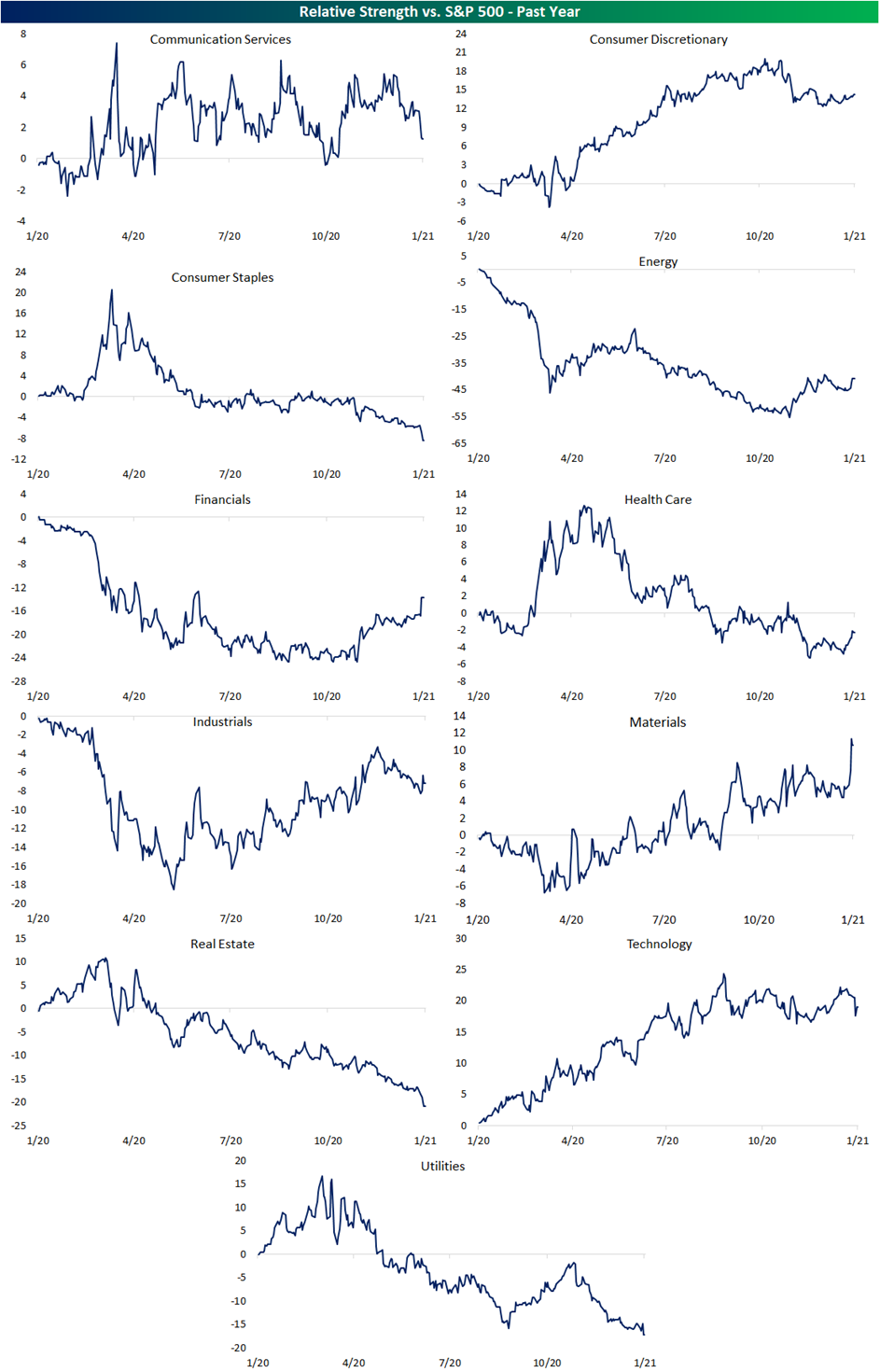