With front-month WTI futures lower again today and in addition to the losses earlier this week, black gold declined over 2% this week. As shown below, this week’s decline looks to be breaking the commodity’s uptrend that has been in place since late last year which has brought it up to some of the highest levels in several years. 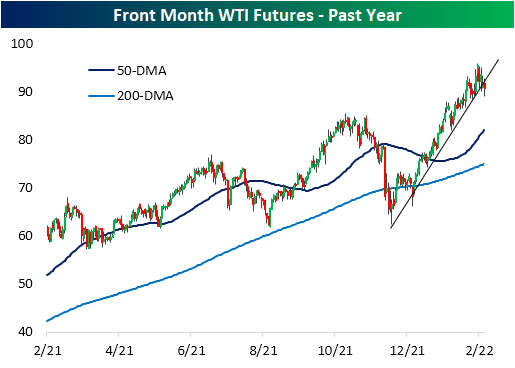 The rally over the past few months has been very consistent for crude oil. In fact, crude oil is on pace for its first weekly loss in eight weeks.  Historically, it has been uncommon for crude oil to rally for such a long span. Since 1983, there have only been five other weekly winning streaks that have also gone on for at least 8 weeks in a row. The most recent of these ended at nine weeks last October. 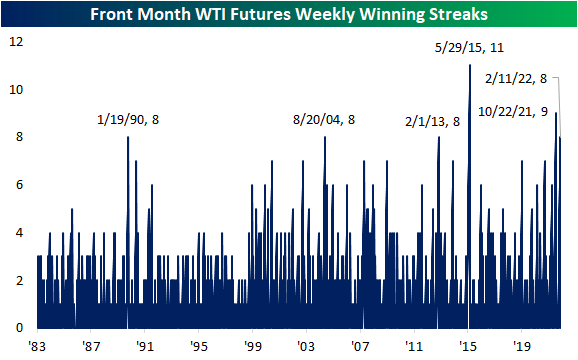 Below we show the performance of crude oil following each time that it has ended a winning streak of at least 6 weeks, of which there have been 24 since 1983.  Performance following the end of these streaks has been mixed with positive performance around 50% of the time one week, one month, six months, and one year later across these instances.  Three returns, however, have more consistently seen positive returns which have on average been larger than the norm.   Click here to view Bespoke’s premium membership options. 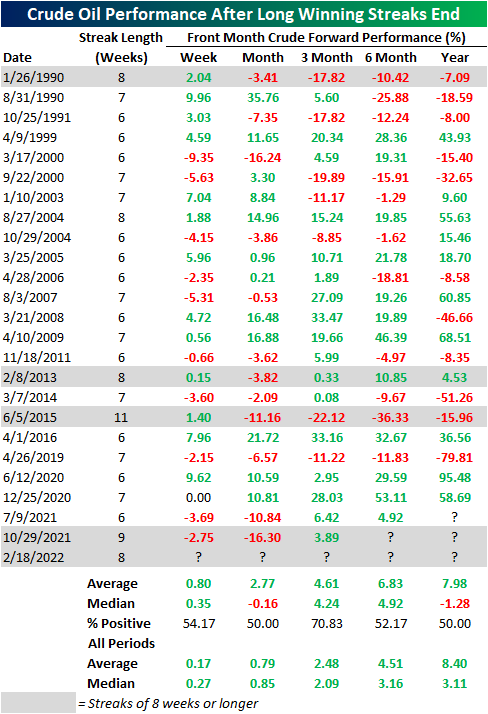