Volatility in Chinese markets has caused the broader emerging markets ETF, EEM, to move aggressively to both the upside and downside over the last few trading days. Yesterday, EEM gained 8.05%, but the move came after the ETF moved 6.1% lower between last Thursday and Tuesday’s close. All-in-all, the ETF round-tripped to the levels seen on Wednesday of last week, but EEM is still down 8.5% year to date. Since EEM began trading in 2003, the ETF has gained a little over 300%, which constitutes annualized performance of 7.7%. 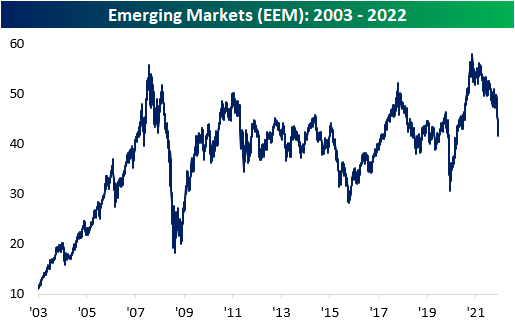 The move yesterday was high relative to historical daily moves, ranking as the 13th largest single-day upside move in its history. Larger moves were seen during the Financial Crisis and the COVID Crash. Obviously, these are not great periods to be compared to, but the occurrences were near the bottom of the pullbacks. 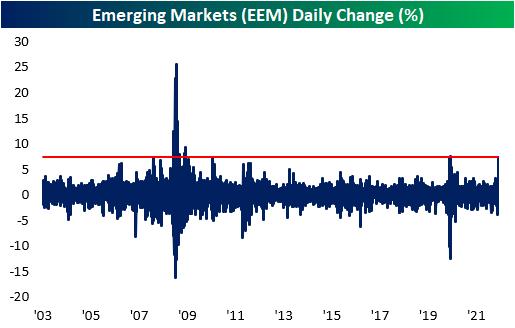 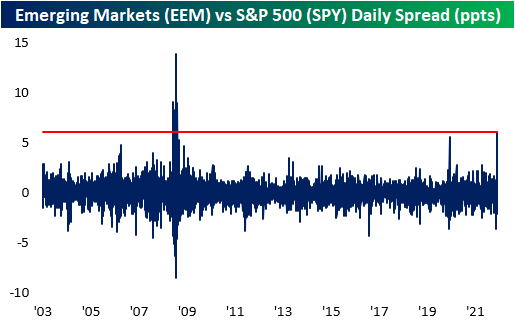