In Monday’s Closer, we took a look at data from YouGov’s COVID-19 Public Monitor which surveys people from countries around the globe on various COVID related topics such as if they were worried about contracting COVID-19, do they wear a mask when out in public, and do they avoid crowds.

In the charts below, we show the average readings of these survey results (blue line, left axis) across the countries of each region that have data available compared to the seven day average of total new case counts for those same countries in each region (red line, right axis). Broadly speaking and as could be intuitively expected, as case counts rise, higher shares of people report being more concerned about contracting the virus.  European countries (Denmark, Finland, France, Germany, Italy, Norway, Spain, Sweden, and the UK) perhaps show this relationship the most cleanly as cases fell through the spring alongside concerns of contraction, but from June through the most recent readings earlier this month, concerns and case counts have steadily risen. Since July, APAC countries (Australia, China, Hong Kong, India, Indonesia, Japan, Malaysia, Philippines, Singapore, Taiwan, Thailand, and Vietnam) have similarly seen worries over catching COVID climb as the averages for daily new cases for those countries have also risen. Granted, worries were on the decline up through July despite rising cases. Meanwhile, US worries about catching the virus were at their highest levels yet as of early August, and that is even though case counts have been on the decline since the second half of July. 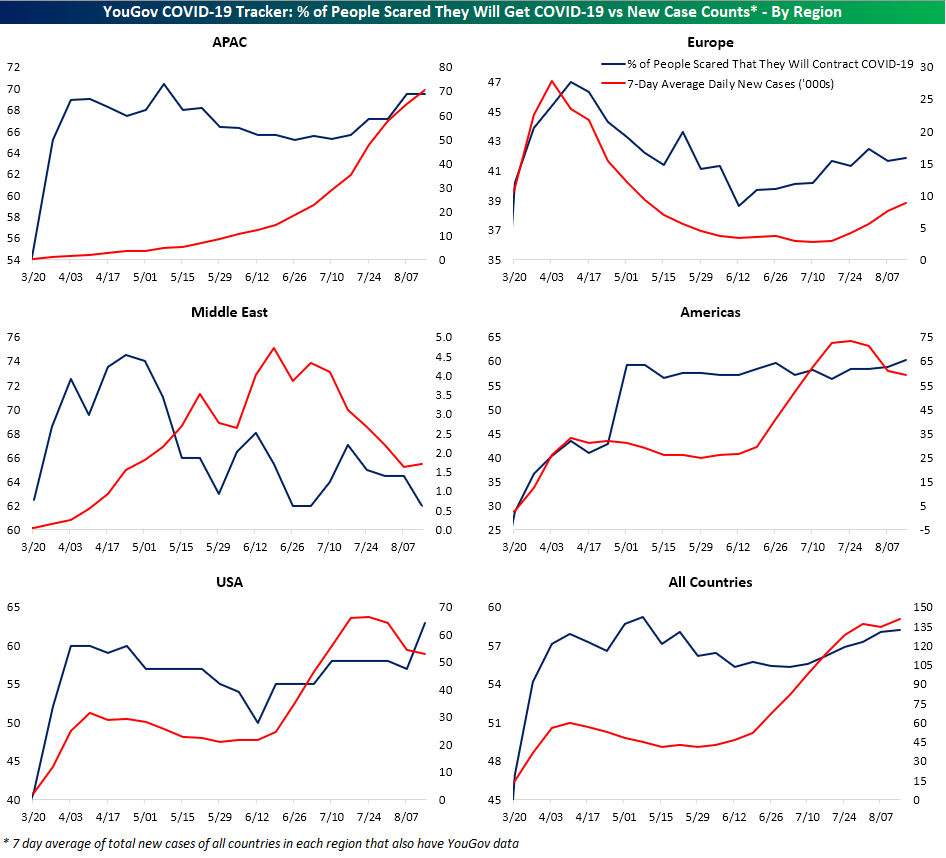 Fortunately, Americans seem to be proactive.  As shown below, as those concerns have risen, a higher share of Americans have reported that they wear a mask when they go out in public.  That potentially could be one of many factors in the recent decline in case counts.  Granted, there has been a growing trend around the globe of more people wearing face masks, and that inverse relationship between masks and new cases is not necessarily shared in regions like Europe.  As shown in the top-right chart, despite a record number of Europeans who say they wear a mask in public, COVID cases are back on the rise. 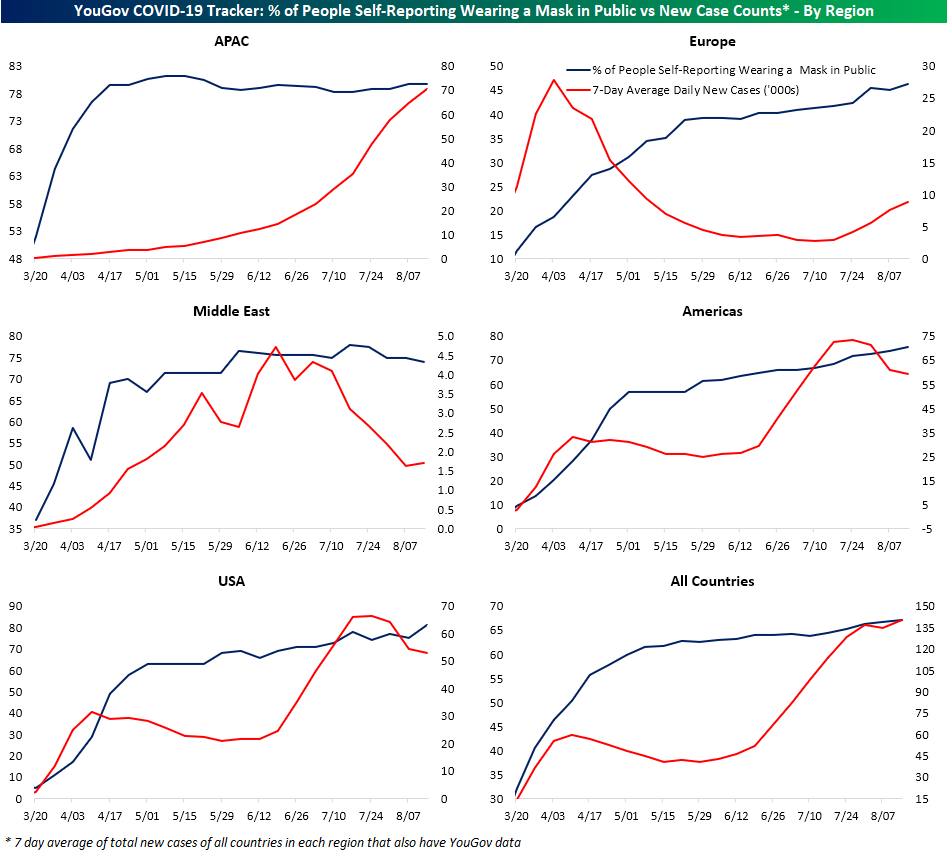 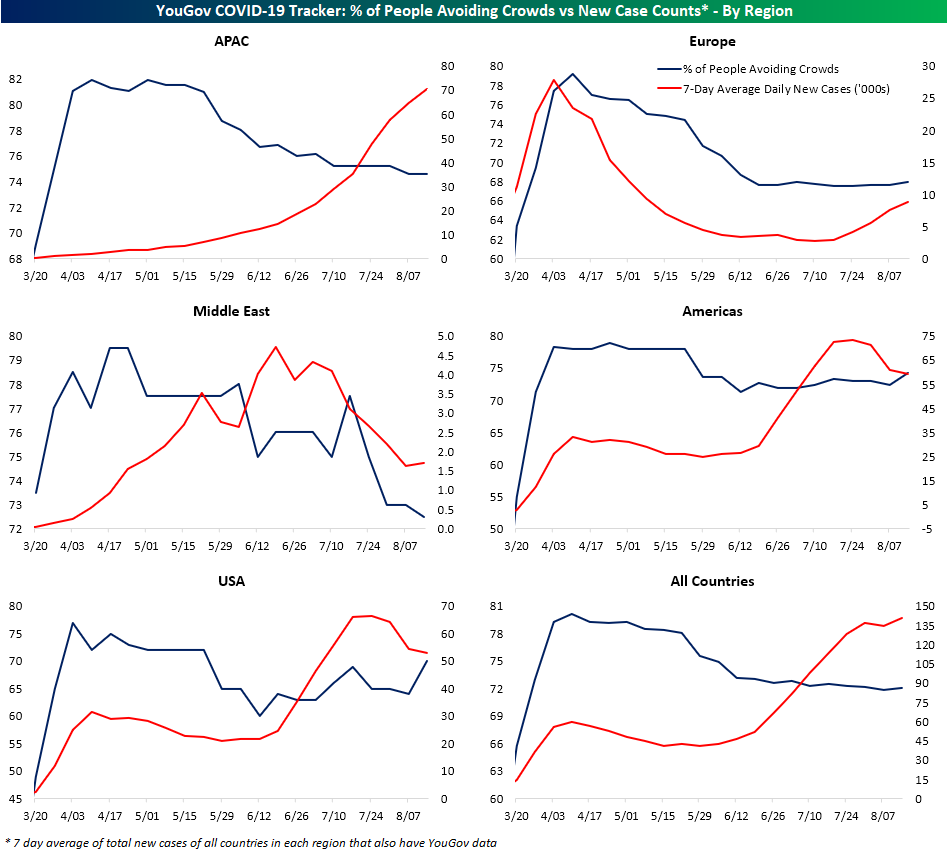