At the other end of the spectrum, China’s stock market is down 10.5% from its 52-week high, which makes it the best performing of any G7 or BRIC country.  Start a two-week free trial to Bespoke Institutional for full access to our research and interactive tools. 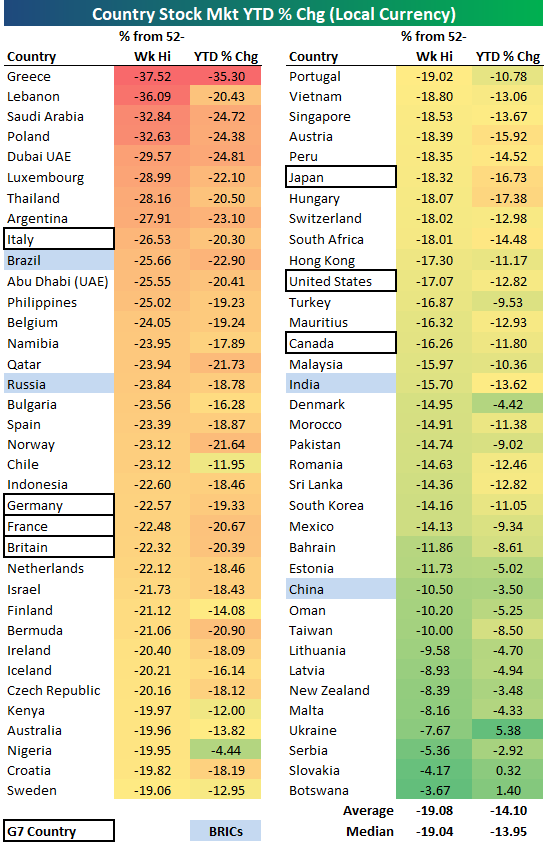