Headed up to the two-year anniversary of the COVID crash low (3/23/20), equities around the globe have been experiencing some of the worst pullbacks since that period.  In the table below, we show the country ETFs of the countries tracked in our Global Macro Dashboard as well as their year and month to date performance, performance since each respective 52-week high as of 2/19/20 (the S&P 500 and a handful of other global indices last high before entering bear markets during the COVID crash) and current 52-week high. We also show where they are currently trading with respect to their 50-DMAs.

Given the degree of declines recently, nearly everything is oversold with six countries’ readings now ‘off the chart’ as they trade well over three standard deviations below their 50-DMAs.  The average country ETF is also down double digits on both a YTD basis and relative to their respective 52-week highs.  Of the countries shown below, only Brazil (EWZ) and South Africa (EZA) are higher YTD with gains of 17.56% and 9.27%, respectively. Russia (RSX), meanwhile, is obviously down the most having been cut by over 75%.

The average country ETF is now down over 20% from its 52-week high, and only four of those 52-week highs have come since the start of 2022 whereas most were set last spring. As for how the current drawdowns have eaten into the post-COVID rallies, below we also show the percent change of these ETFs relative to their 52-week highs as of 2/19/20.  In other words, where each ETF is trading with respect to their pre-COVID highs.  Currently, there are only 8 country ETFs that remain above their respective pre-COVID highs. Seven others, meanwhile, have now declined more than 20% below their pre-COVID highs. Of course, Russia is once again down the most dramatically from those levels falling more than 75%. 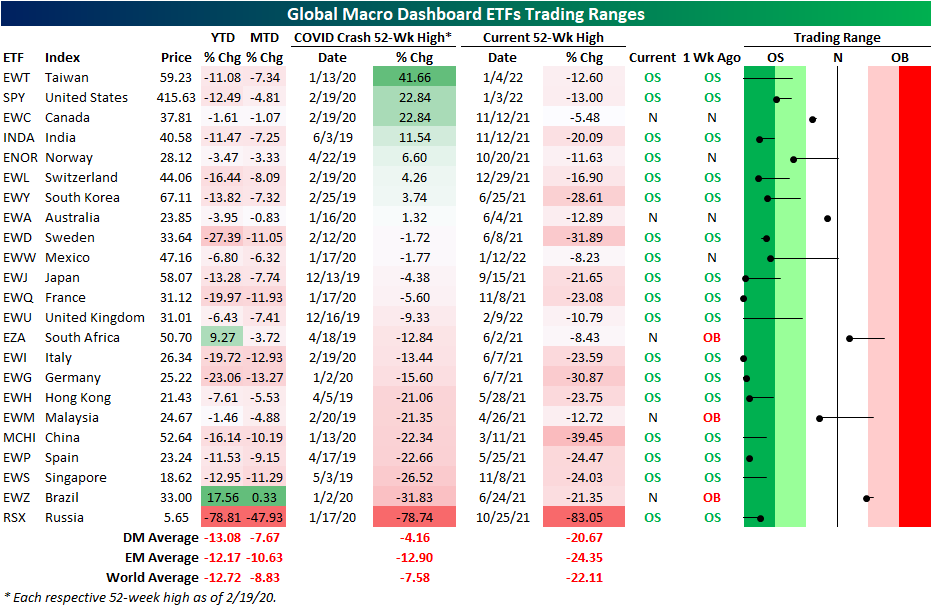 Below we show the charts of those eight countries that are currently still in the green relative to pre-COVID highs.  The recent rough patch is not exactly identical for all countries though. Whereas the downtrends for some like Taiwan (EWT) or the US (SPY) are bringing these ETFs to multimonth lows, others like Canada (EWC) and Norway (ENOR) have more or less trended sideways.  Since retaking pre-COVID highs, only Australia (EWA) has gone on to recently retest/fall back below those levels which it did in late January. While it would mean much further downside for the likes of EWT, SPY, and EWC, those prior highs could mark one area of tangible support for these other countries. Click here to view Bespoke’s premium membership options. 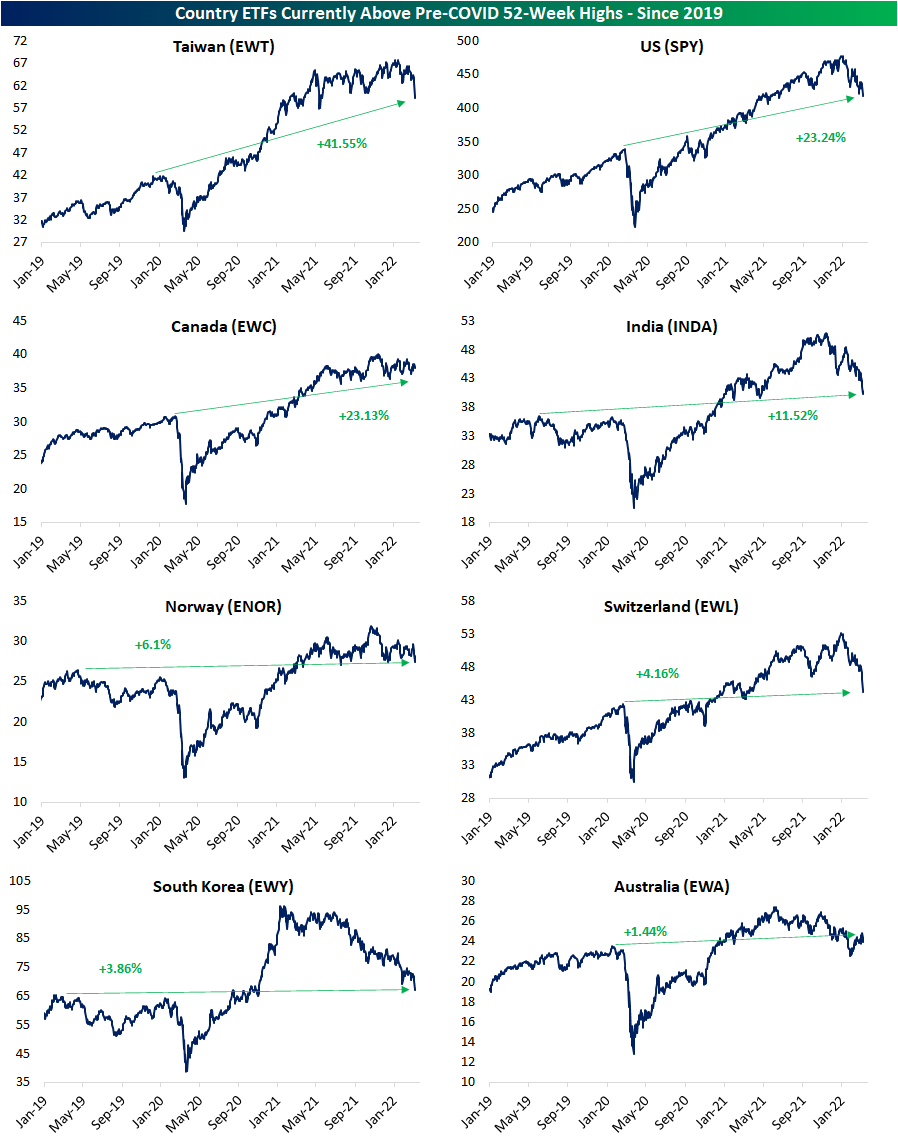