The COVID-19 pandemic has impacted equity markets around the globe. As shown in the table below, the equity markets of all the major global economies tracked in our Global Macro Dashboard (using each country’s ETF as a proxy) are all well off their 52-week highs with only four—Taiwan (EWT), Switzerland (EWL), Japan (EWJ), and China (MCHI)—less than 20% away from the past year’s high. While not as close as those four, the US is actually one of the countries that is closest to its recent high; down ‘just’ 23.2% after this week’s rally. Brazil (EWZ), on the other hand, is currently the furthest below its 52-week high at 45.8%. 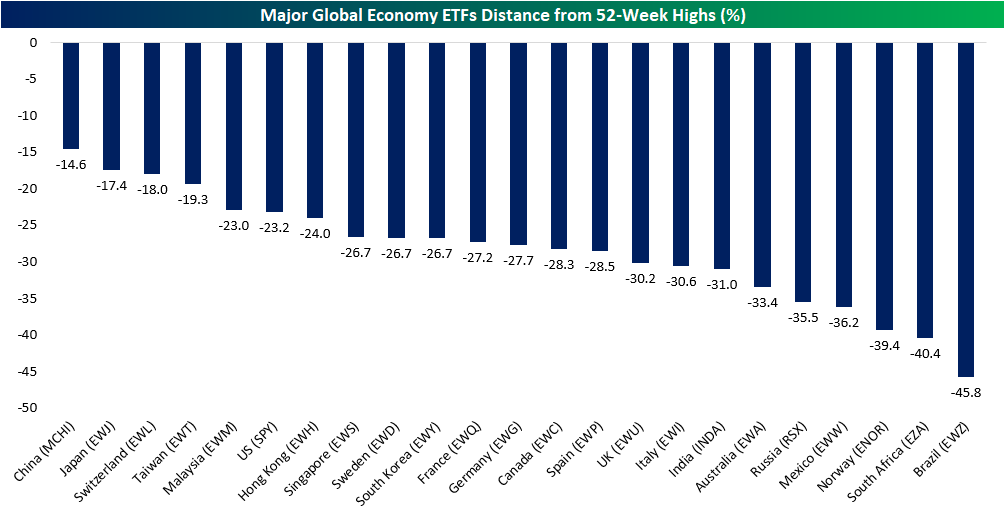 The S&P 500 (SPY) peaked on February 19th and was down 34.1% from there at Monday’s close.  Including SPY, that Monday close has marked at least a temporary bottom for a number, though not all, of these country ETFs. Since then, SPY has risen over 15% and that is actually on the lower end of these countries’ performance.  The chart below shows how much each country’s ETF has rallied off of their respective lows since the global sell-off began on 2/19.  Russia has seen the biggest rebound having risen 28.18%.  Granted, it also bottomed ahead of other countries putting in its low on March 18th.  Even though it is down the most off of its 52-week high, Brazil is also one of the best performers since its low on Monday. South Africa and Canada have also risen more than 25% since their lows on Monday. Start a two-week free trial to Bespoke Institutional to access our Global Macro Dashboard and our full range of research and interactive tools. 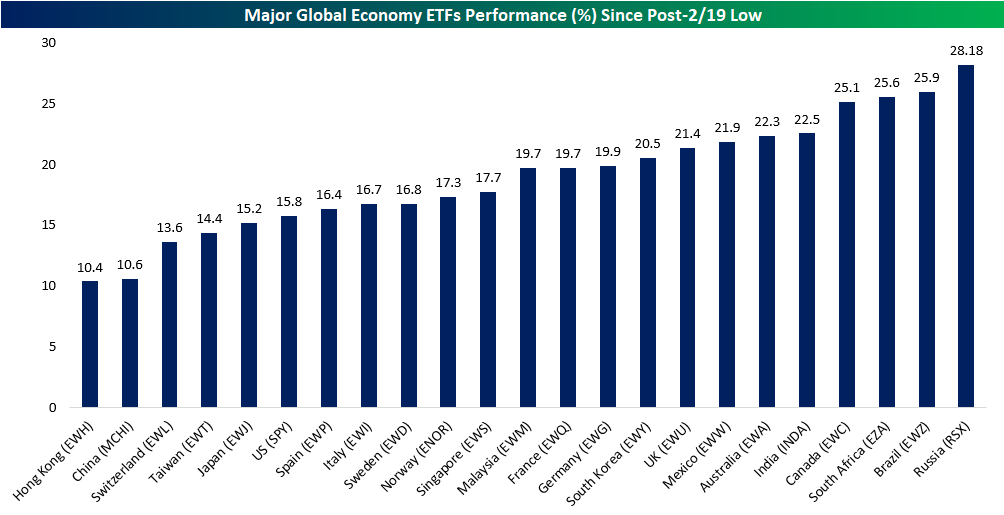