As the S&P 500 (SPY) bounces back from last week’s declines, global equities are broadly doing the same. Glancing across the rest of the countries tracked in our Global Macro Dashboard, most countries have similarly risen over the past week with only Hong Kong (EWH), Mexico (EWW), Singapore (EWS), Switzerland (EWL), and the United Kingdom (EWU) lower over the past five days.  For the US, the rally over the past few days has left SPY within 1% of its 52-week/all-time high.

Like the US, there are several other country stock market ETFs that are also a few percentage points away from a new high, but only one, India (INDA), has reached a new 52 week high. China (MCHI) and Sweden (EWD), like SPY, are also within 1% of their highs. China is also the most overbought country ETF trading nearly 2 standard deviations above its 50-DMA.  While none are nearly as overbought as China, there are seven other countries that are also overbought including the US.  On the other hand, Brazil (EWZ), Mexico (EWW), and the UK (EWU) are all over 10% below their 52 week highs.  Granted, only EWW is currently oversold alongside Malaysia (EWM) and Spain (EWP), though EWM and EWP are close to no longer being oversold.  Click here to view Bespoke’s premium membership options for our best research available. 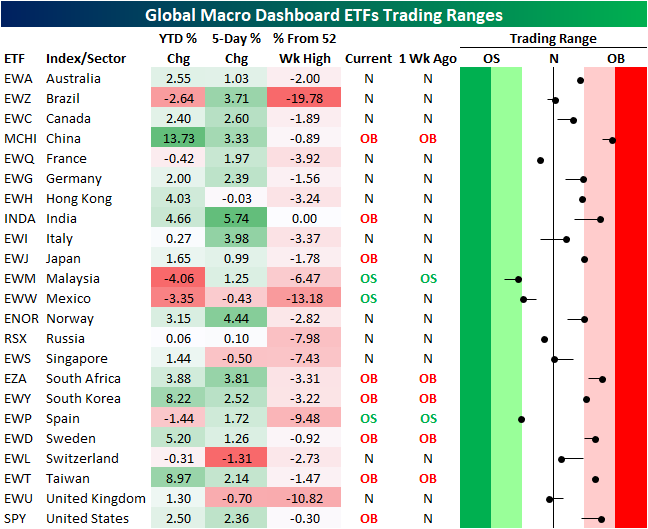 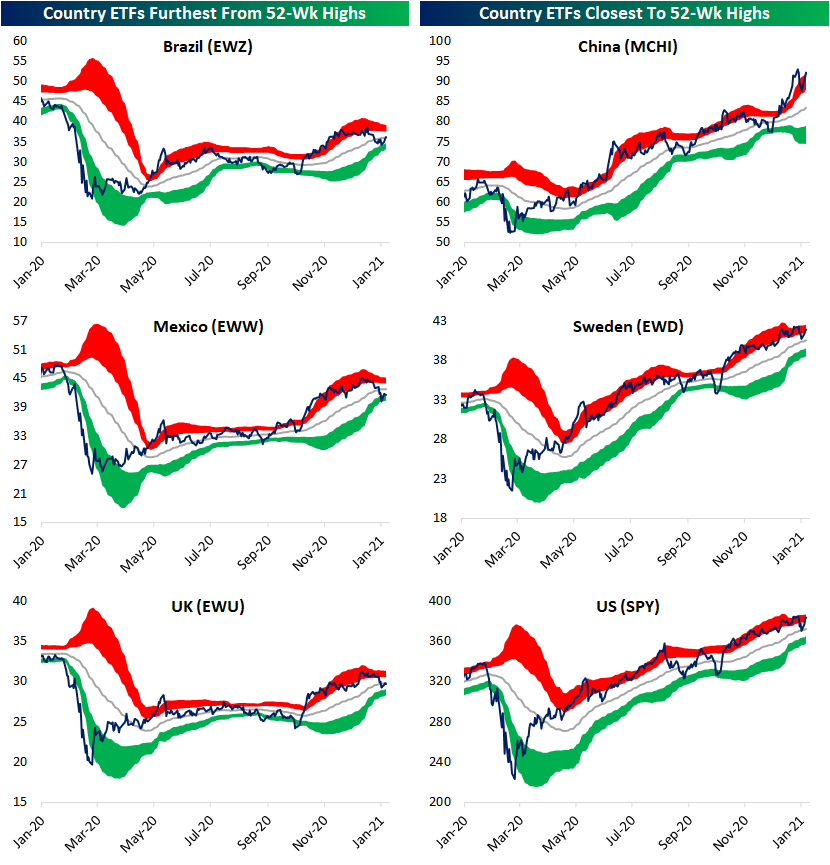