We track 23 major country ETFs traded on US exchanges closely.  Below is a look at their performance numbers over multiple periods.  We first show how much each country ETF fell from its most recent peak to its most recent trough during the initial COVID market crash.  We also show how much each country has bounced off of its recent low.  We then show its distance from its 52-week high, its year-to-date change, and its 12-month, two-year, three-year, and five-year change. 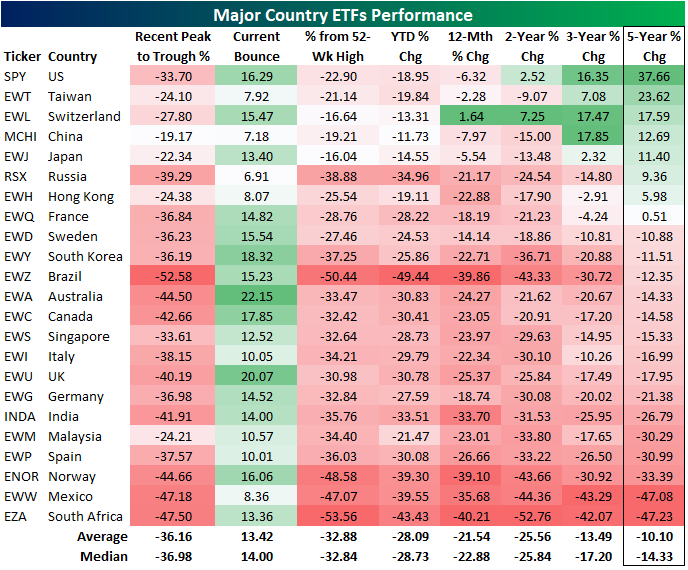