Although equities fell out of bed yesterday with the S&P 500 dropping nearly 1.5% on bad breadth, counterintuitively, there was a pick up in the percentage of stocks that had reached new 52 week highs on an intraday basis. With stocks initially gapping up at the open before tumbling throughout the morning and early afternoon, there were 54 S&P 500 stocks that traded at new 52-week highs intraday. Conversely, in spite of the broad declines and weak breadth, there were no stocks in the S&P 500 that made a new 52 week low.  On a net basis, therefore, over 10% of the index made a new 52-week high on the first trading day of 2021.  That’s the highest reading in net new 52 week highs for the S&P 500 since November 24th and the eighth-highest reading of all days since the bear market low on March 23rd of last year.  On an individual sector basis, as shown in the charts from our Sector Snapshot below, Consumer Discretionary, Financials, Health Care, Materials, and Tech are all to thank. Financials perhaps had the most impressive reading. At 13.85%, there was a higher percentage of new highs from sectors like Materials (28.57%) or Technology (21.9%), but that reading for the Financials sector was the highest since February 14th of last year.  For the other sectors, these were only the highest readings of only the past couple of months. 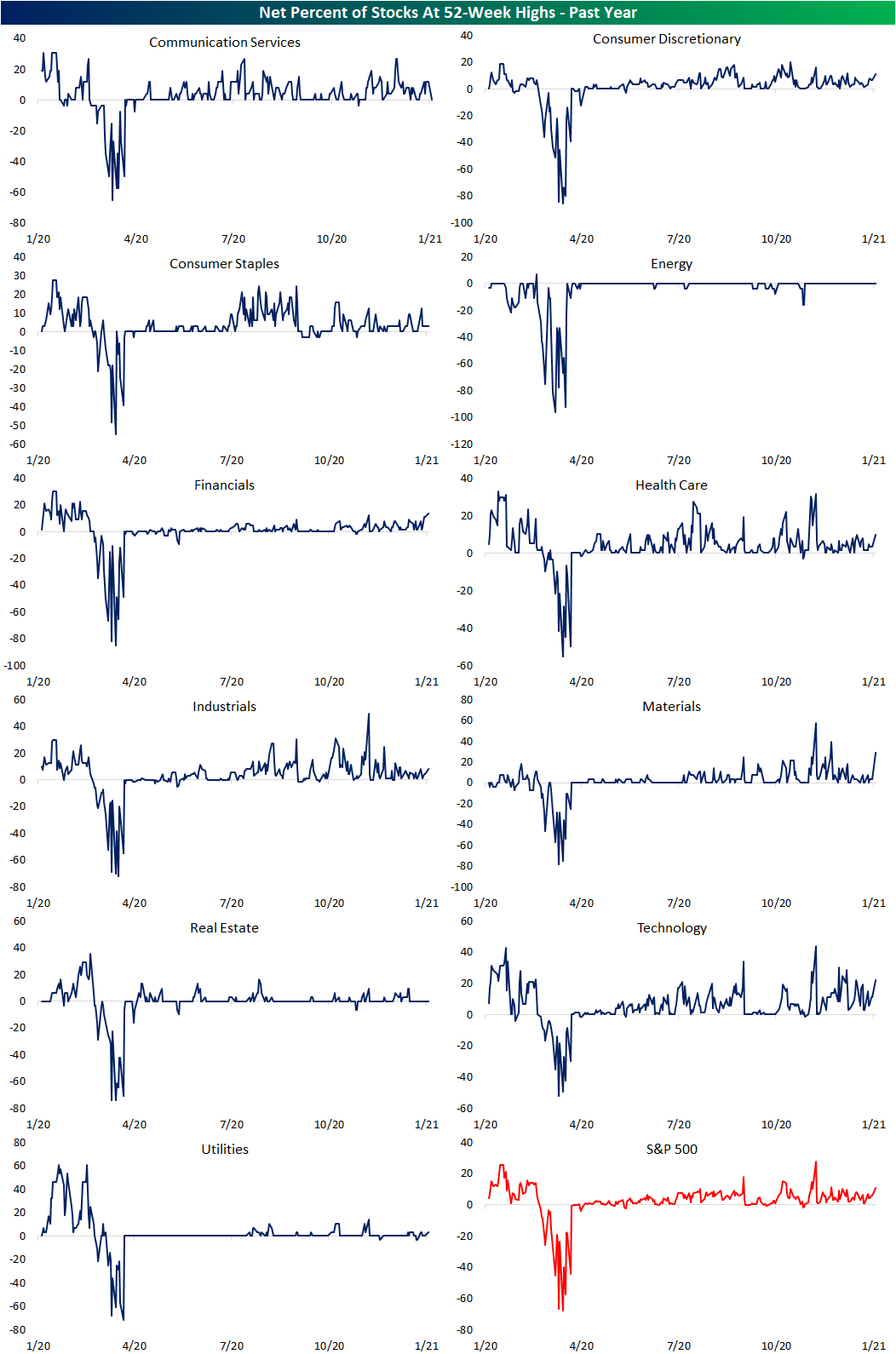 Again, Monday’s new highs were on an intraday basis meaning these stocks did not exactly close at those highs.  Furthermore, with the selling throughout the session, of the 54 stocks that traded at new 52-week highs, only 10 managed to even close in the green on the session.  Tapestry (TPR) had risen the most of these rising over 5%. While none of the other stocks closed with as large of a gain as TPR, at their intraday highs, Freeport-McMoRan (FCX), Albemarle (ALB), and Tesla (TSLA) were all up over 5% and in what was a broadly weaker tape, they all still managed to close in the green. Click here to view Bespoke’s premium membership options for our best research available.