In an earlier post, we detailed the improvements in AAII’s weekly sentiment survey. Another sentiment survey from Investors Intelligence also saw a substantial improvement in investors reporting as optimistic this week. The percentage of bullish newsletter writers in the Investors Intelligence survey rose 5.3 percentage points this week to 52.9%. That only brings it back to similar levels to last month, but it was also the largest week over week increase in bullish sentiment since a 5.4 percentage point increase in June of last year. A more notable move in this week’s survey was that of respondents looking for a correction.  While there have been far higher readings over the past few years, similar to bullish sentiment, last week’s reading of just over 33% was the highest share of respondents expecting a correction since October. But as investors reassessed the negative implications of the coronavirus, this has come crashing down falling 5.4 percentage points week-over-week. 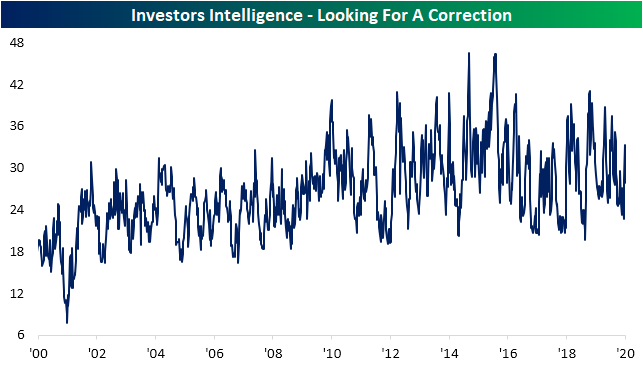 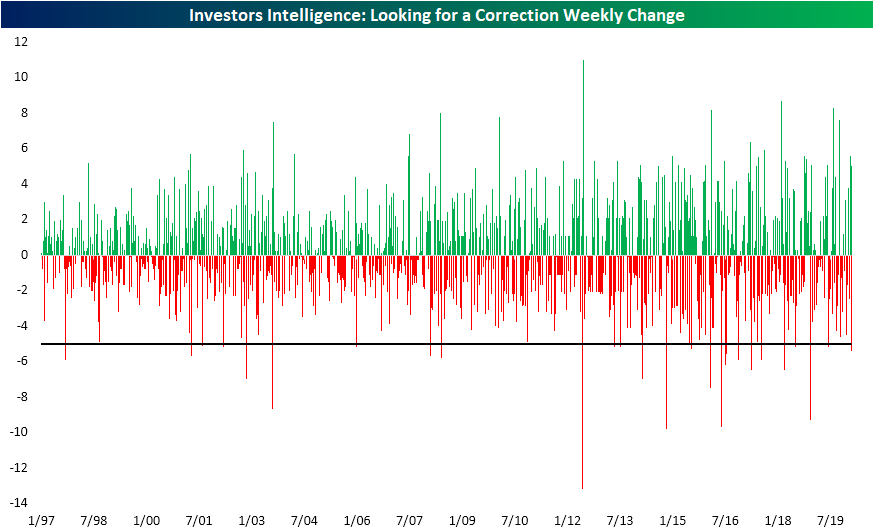 The performance of the S&P 500 following similar declines in ‘correction’ sentiment in the past has been mixed.  While the S&P 500 has outperformed versus all other periods one week and 3 months later, one month, six months, and one year later have seen returns more inline or worse than other periods on a median and average basis.  In other words, when fewer newsletter writers are looking for a correction or market pullback, better than average returns become slightly less likely.  Start a two-week free trial to Bespoke Institutional to access our interactive economic indicators monitor and much more. 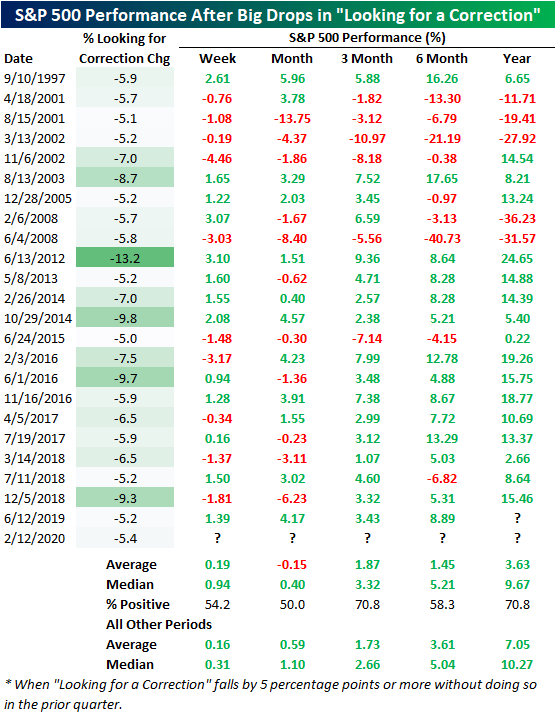