Initial jobless claims have not been of particular interest recently as the weekly indicator has seen choppy week-to-week moves that have yet to set any major new high or low.  In the latest release, seasonally adjusted claims rose to 225K, matching expectations for the highest reading since the first week of the month.  Looking at the four-week moving average to smooth out some of the choppiness, the number has fallen to 221K. This week was the third sequential decline in a row for the lowest reading since early November. 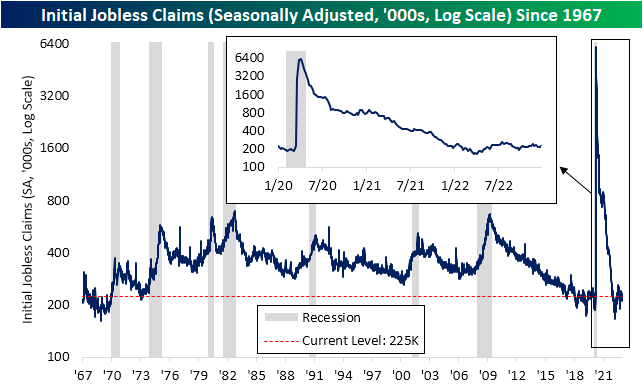 On a non-seasonally adjusted basis, claims tend to drift higher at the end of the year and into the new year.  For example, the current week of the year has historically seen unadjusted claims rise week over week 90% of the time since the data begins in 1967. That seasonal drift has appeared this year but to a lesser degree as the past couple of weeks’ increase in claims has been slightly less strong than normal.  Given this, claims are well below comparable readings from the years prior to the pandemic and up only slightly versus this point last year. 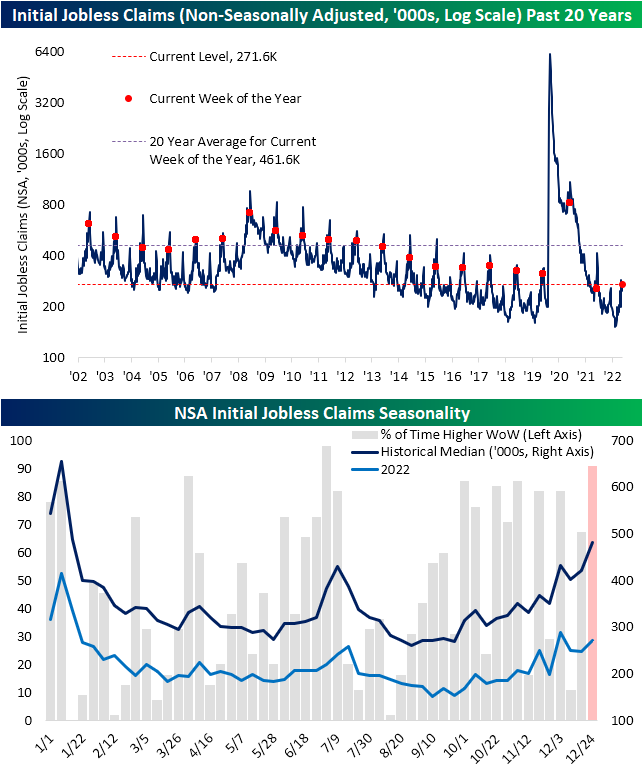 Continuing claims remain the more worrisome portion of the weekly jobless claims report.  The reading has continued to rise rapidly as this week’s reading eclipsed 1.7 million for the first time since February. 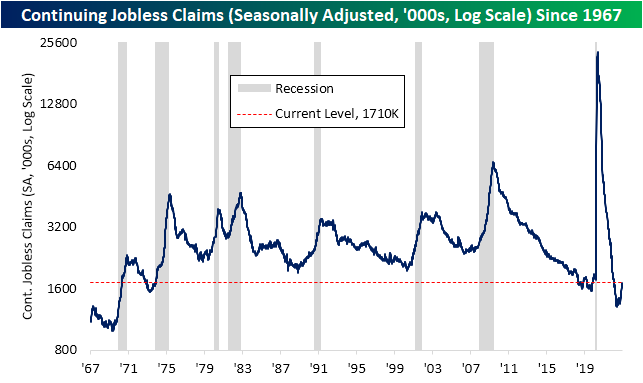 There are plenty of ways of measuring how fast continuing claims have risen, but looking at the 3-month rate of change, claims are up over 25%.  As shown below, this large of an increase has never occurred outside of a recession. Click here to learn more about Bespoke’s premium stock market research service. 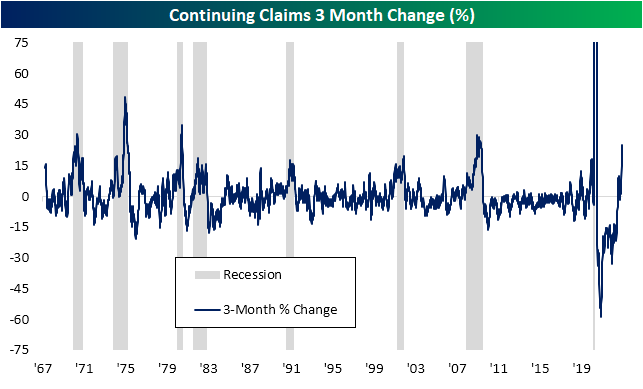