Economists were expecting this week’s initial jobless claims to show further increases showing an uptick to 232K.  Instead, initial claims improved falling to 211K from 231K last week. That 20K decline was the largest decline since the week of July 23rd when it fell by 24K and brings claims to the lowest level since the end of September. 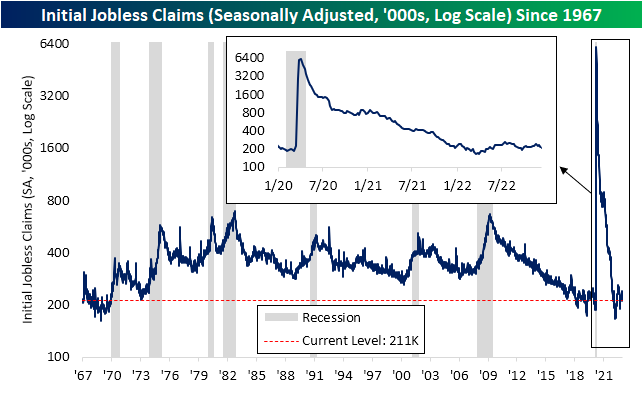 On a non-seasonally adjusted basis, claims fell to 248.88K.  That is roughly in line with the levels from the comparable week of recent years (excluding 2020).  Historically, claims have consistently fallen in the second week of December with declines around 90% of the time since 1969.  As shown in the second chart below, the final couple weeks of the year tend to see that seasonal drop get erased as claims reverse higher into the first weeks of the new year. 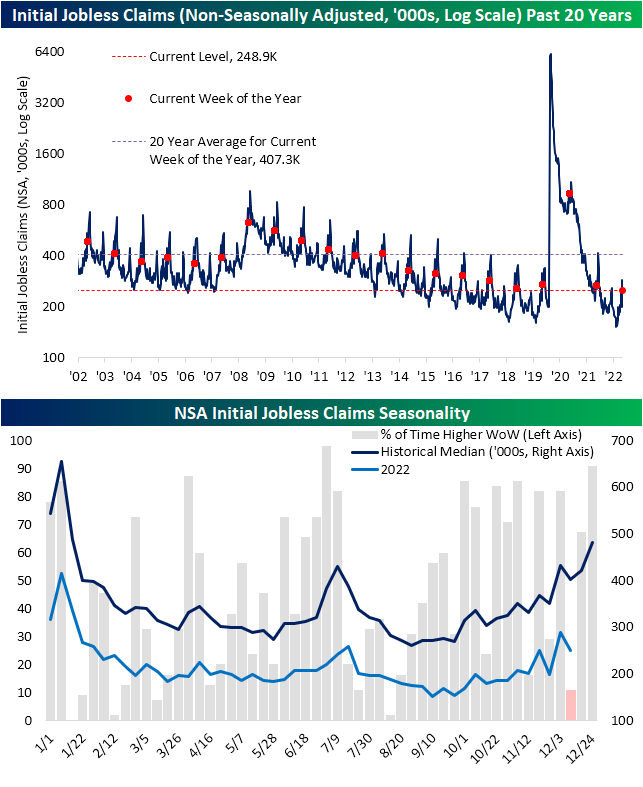 Continuing claims have been more in focus lately as the seasonally adjusted number has surged.  Once again this week, the count on continuing claims was higher rising to 1.671 million which was just marginally higher than the prior week. 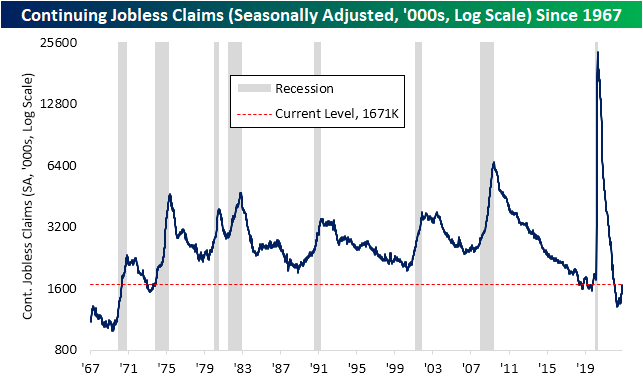 Although it was not a particularly large increase in the latest week, adjusted continuing claims have risen or gone unchanged for nine weeks in a row.  Not even during the onset of the pandemic has there been as consistent of a grind higher in continuing claims with 2009 being the last time there was a longer streak.  Additionally, as we have noted with various rates of changes in continuing claims, prior long streaks without a decline have only occurred within the bounds of recession. 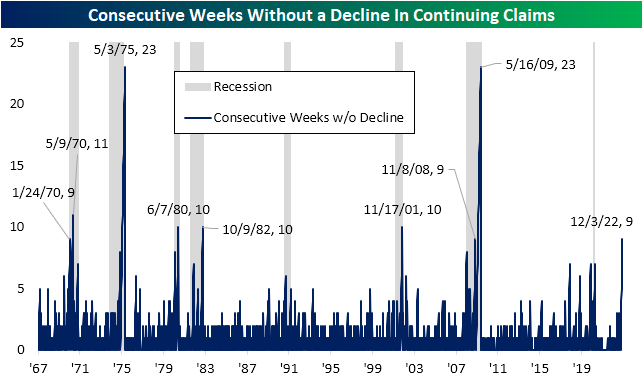 As with unadjusted initial claims, on a non-seasonally adjusted basis, continuing claims took a small dip as is seasonally normal for this point of the year.  As for the weeks ahead, claim counts tend to have choppy seasonality which results in the historical median claims count plateauing a bit before rising into the final weeks of the year.  In other words, seasonality is a little bit messy at this point of the year, so we may have to wait until the new year to get readings that are more independent of seasonal factors.  Click here to learn more about Bespoke’s premium stock market research service. 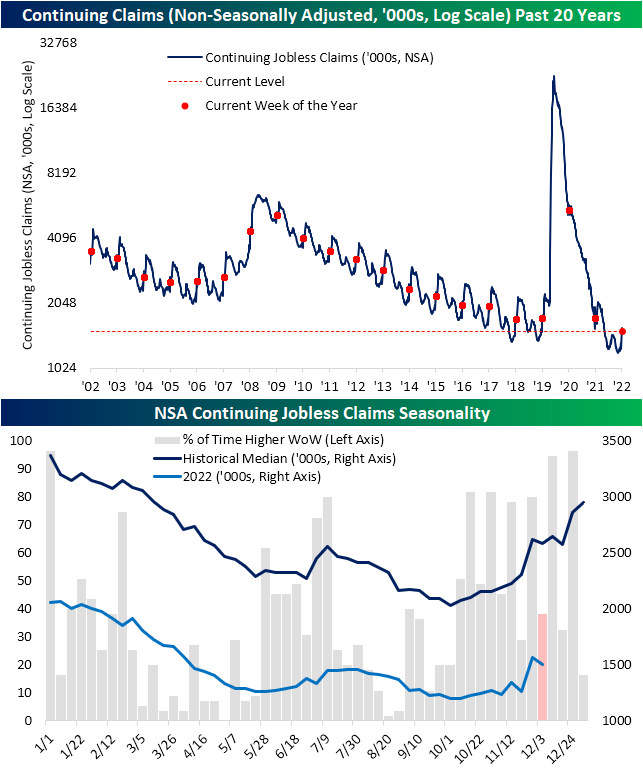