Initial jobless claims were stronger than expected this week as the seasonally adjusted number came in at 222K versus expectations of a 3K increase to 228K.  Last week’s reading was revised up slightly from 225K to 226K. At the current level, claims remain off their best levels from earlier this year but in the middle of the range since those lows. Although there has not been any clear further deterioration or improvement, the level of claims remains healthy in the range of readings that were typical of the pre-pandemic period. 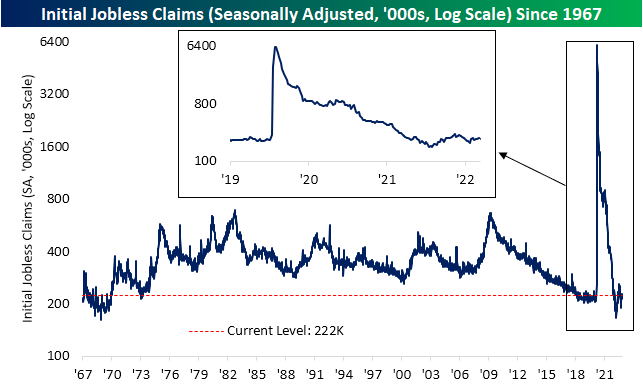 On a non-seasonally adjusted basis, claims typically fall during the current week of the year. In fact, since the beginning of the data series, the comparable week of the year has only seen claims rise 16% of the time.  That seasonal drop was again observed this year bringing the total count right below 200K which is below the readings of the comparable week for each year all the way back to 1969. 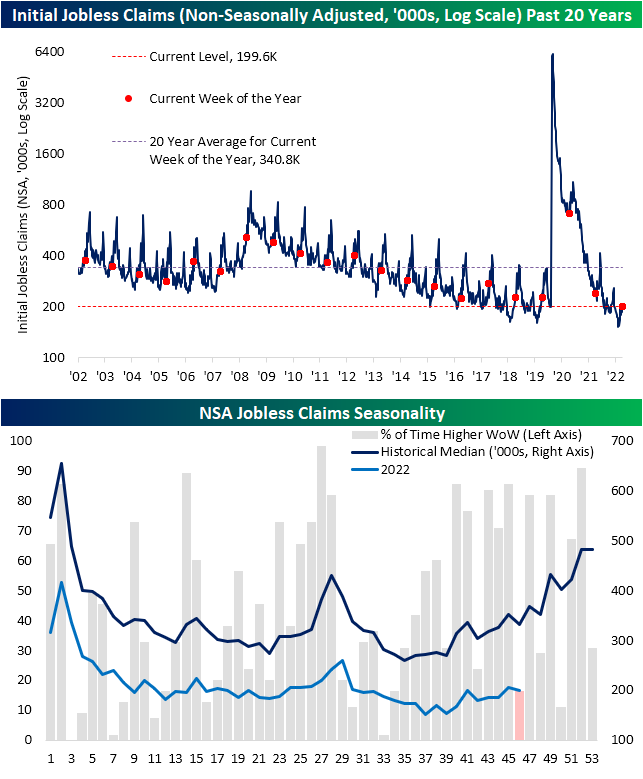 While initial claims are showing the labor market remains steadfast at historically healthy levels, continuing claims have been on the rise.  For the first time since the end of March, seasonally adjusted continuing claims were above 1.5 million.  Although that does not diminish just how low claims are (the reading would still need to rise another 142K to move back into the range of readings from the few years before the pandemic), they are now definitively trending higher. 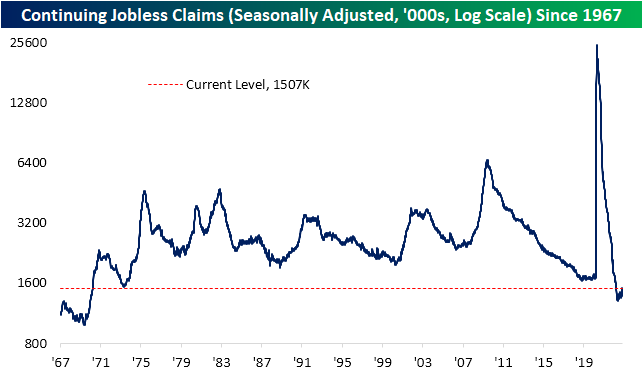 With another weekly increase, it has now been five straight weeks in which continuing claims have risen. That long of a streak has been particularly uncommon in the post-financial crisis years. The only other example since 2009 was in the spring of 2020 when claims rose for 10 weeks in a row.  Prior to that, these sorts of consistent increases in claims have more precedence with 28 other streaks reaching five weeks long or more.  Additionally, we would note that the amount claims have risen (+134k) over this span is not particularly notable and is only 1.5K below the median increase in the first five weeks of each other streak.  Click here to learn more about Bespoke’s premium stock market research service. 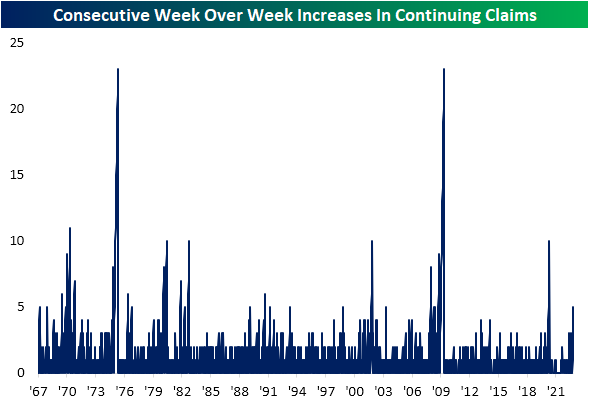