Initial jobless claims dipped this week erasing most of the prior week’s increase. Last week’s level was revised up by 1K to 241K and fell down to 225K in the most recent data. That is 10K below forecasts and continues what has been a fairly choppy trend in the indicator. Initial claims are going on roughly two months of switching back and forth between weekly increases and decreases with the most recent print in the middle of the past six-month range. In other words, there has not been much in the way of a consistent or clear pattern in jobless claims. 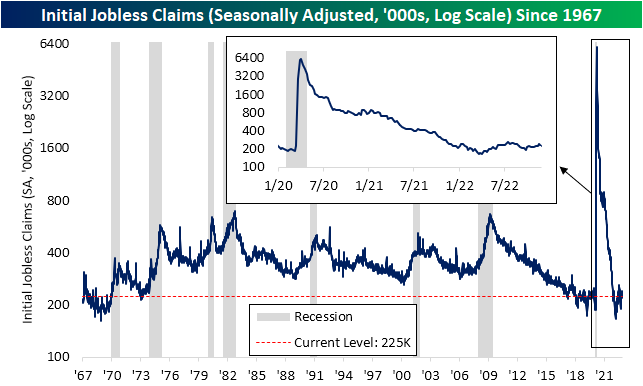 On a non-seasonally adjusted (NSA) basis, last week saw the usual dip in claims for Thanksgiving week.  For this week of the year, claims have historically only risen 29% of the time. While the direction of the move was consistent with history, the 50.5K decline in the unadjusted number was fairly significant, coming in around 12K more than the historical median for the comparable week of the year.  Due to that larger-than-normal drop, claims remain at impressive levels with only 1968 having seen a lower reading for the comparable week of the year. 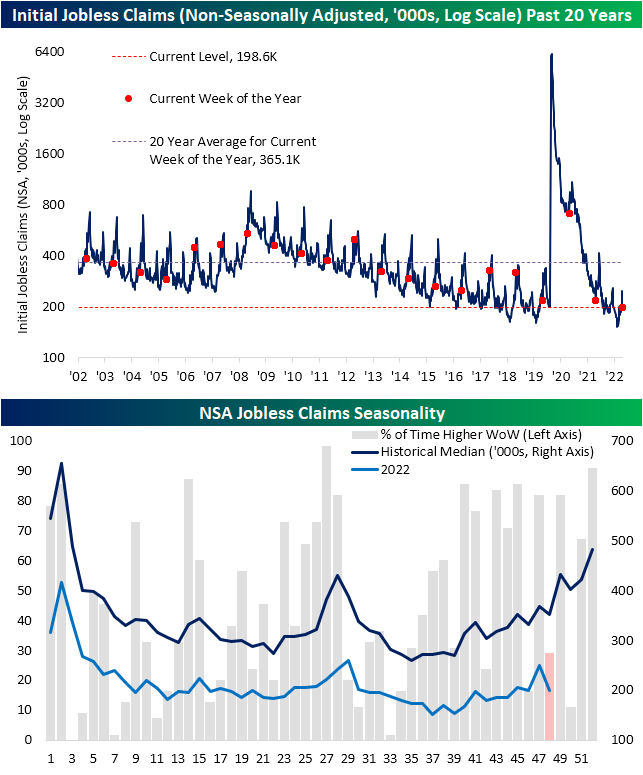 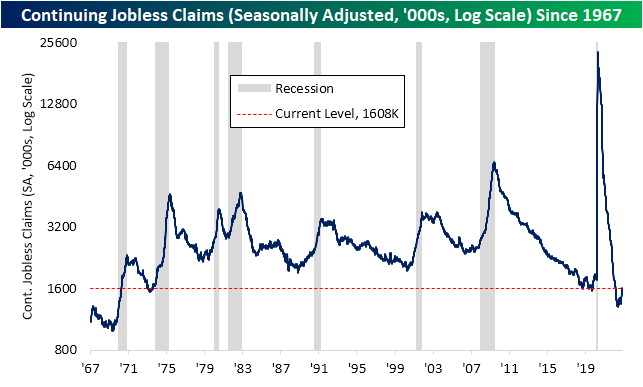 We would also note that this week’s data marks six months out from the May 21st low of 1.306 million.  With claims having risen over 300K (or 23.12%) since then with a particularly sharp increase in the most recent print, that six-month rate of change appears to be a warning sign for recession.  As shown below, there is plenty of precedent for claims to have risen by as large, if not larger, of a degree in half a year, but every one of those periods has occurred in the midst of a recession. All that is to say that claims continue to sit at healthy levels for the moment but the picture is changing- for the worse. Click here to learn more about Bespoke’s premium stock market research service. 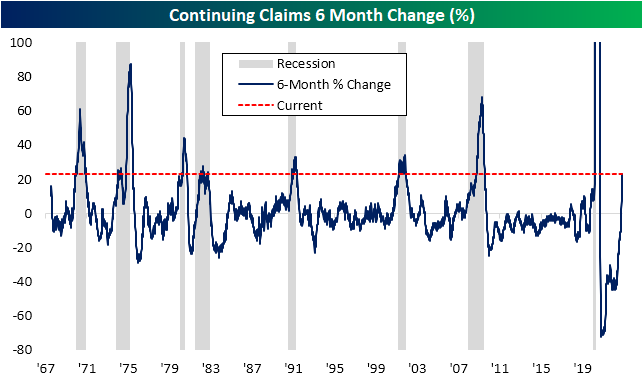