Jobless claims have continued to tick higher with this week’s reading rising to 218K. That is an increase of 21K versus last week’s print which was revised back below 200K to 197K. That leaves the seasonally adjusted number at the highest level since January. While there has not been any further improvements, the actual level of claims remains well below the standard historical range near similar levels to the couple of years prior to the pandemic. 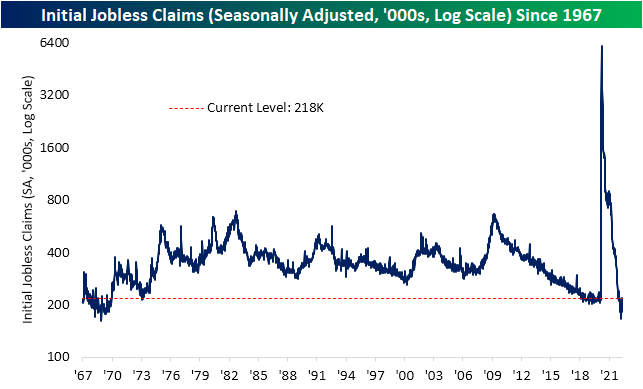 Historically, unadjusted claims have fallen week over week more than three-quarters of the time in the current week of the year.  However, this year was not one of those occasions as claims rose to 198.7K. While that is not any sort of dramatic increase, it is a somewhat unusual rise a little ahead of when claims have tended to experience a seasonal bottoming out. Looking ahead to the next couple of weeks, claims could see further marginal improvements before resuming a move higher through the early summer. 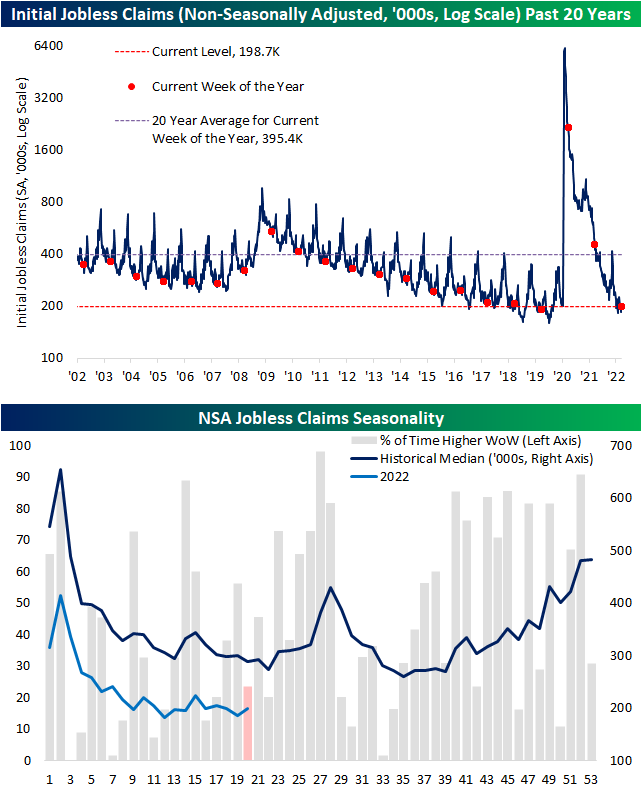 Continuing claims—which are delayed an additional week to the initial claims number—have been healthier than initial claims as the reading has made yet another multi-decade low per the latest release. Continuing claims are now down to 1.317 million. As low of a reading has not been observed since the last week of 1969. Combined with the uptick in the initial claims number, claims data points to moderating, albeit historically impressive, readings on the number of people filing for unemployment.  Click here to learn more about Bespoke’s premium stock market research service. 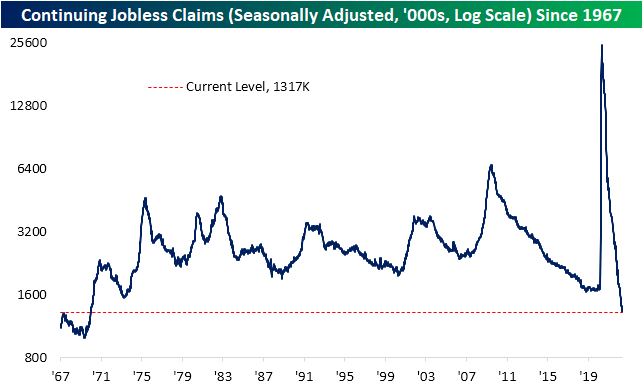