Continuing Claims Improve With A Caveat

There has been a massive slate of economic data today including one of the most widely watched indicators of late: initial jobless claims. Claims fell again this week down to 2.123 million compared to a downward revised 2.446 million last week.  Although lower, this week’s number was slightly above estimates of a 2.1 million print. 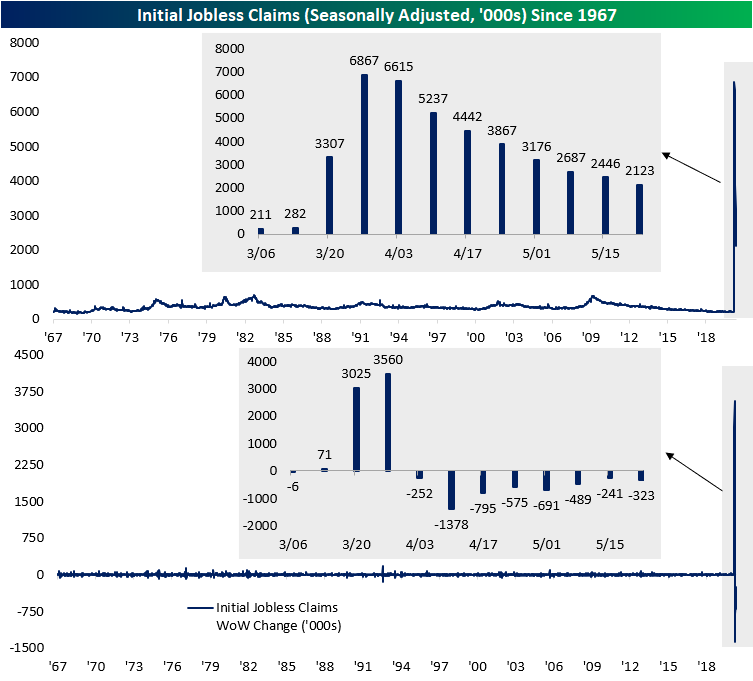 As we noted last week, although it doesn’t take from the fact that over 40 million jobless claims have been filed since the week of March 20th and claims continue to come in at higher levels than anything observed prior to COVID-19, they have been improving over the past couple of months. This week marked an eighth consecutive week with initial jobless claims declining sequentially. As shown in the chart below, that streak is now the longest ever, surpassing two seven week long streaks from October of 1980 and November of 2013. 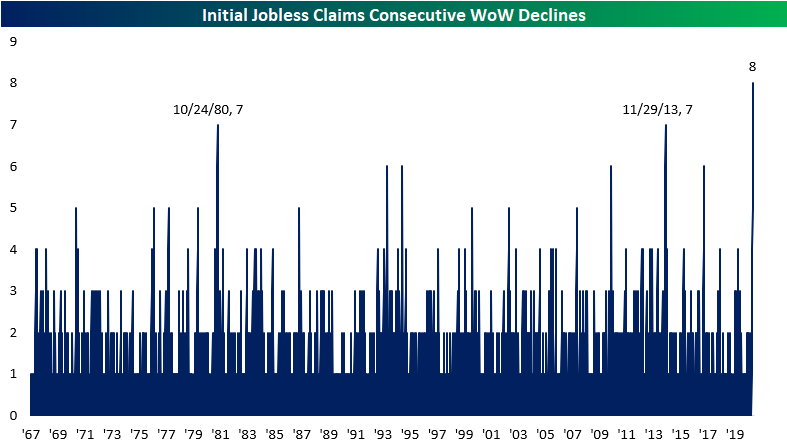 As for the non seasonally adjusted data, it has only fallen for seven consecutive weeks now with the decline to 1.915 million this week. This week also marked the first sub-2 million NSA claims print since they first exploded higher at the end of March. 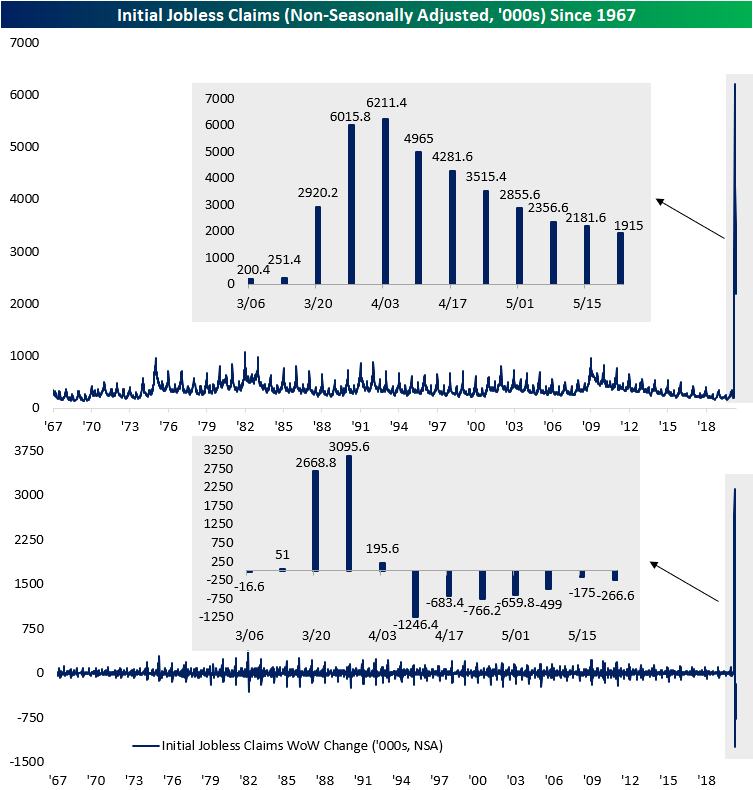 Albeit the labor market picture is still weak, initial jobless claims grinding lower in recent weeks is a positive. With states beginning to reopen, continuing claims are also beginning to fall.  Seasonally adjusted continuing jobless claims fell to 21.052 million this week (NSA=19.052 million from 22.794 million last week). That is a massive 3.86 million or 15.49% drop from last week. That is the largest one week decline ever recorded (as was the NSA WoW decline of 16.42%) but that comes with a bit of a caveat. 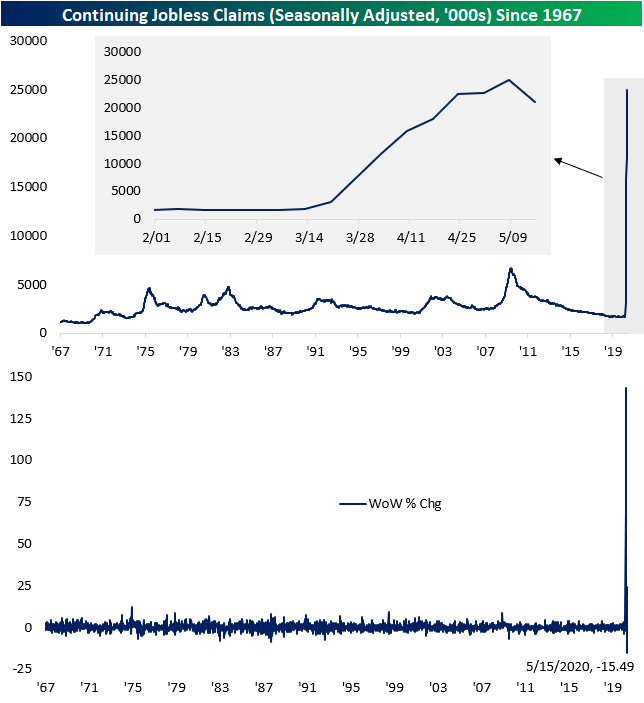 While continuing claims dropped, the improvement is potentially less dramatic than the headline numbers imply.  For instance, the bulk of this week’s decline in the US total is thanks to extremely large and yet to be explained 40.46% sequential decline in California and an even larger 76.35% decline in Florida.  Washington continuing claims also experienced a smaller but nonetheless significant decline of 39.69% WoW.  For Washington and Florida those were the largest one week drops on record. As for California, it was the largest one week decline since a 40.72% decline two weeks ago. While those massive declines could absolutely be legitimate, the sheer degree of the move should be handled with some skepticism especially given issues with state reporting like in Connecticut and Massachusetts in recent weeks and hiccups in Florida regarding work search questions.  Excluding the enormous moves of these three states, continuing claims would fortunately still be lower, but at a more modest 1.51%.   Start a two-week free trial to Bespoke Institutional to access our interactive economic indicators monitor and much more.