Weekly jobless claims left a sour taste in investors mouths this morning. Despite coming in lower (by 249K) for a ninth consecutive week—the longest streak of week over week declines on record—seasonally adjusted initial jobless claims once again came in well into the millions at 1.877 million.  Additionally, last week’s number was revised up 3K to 2.126 million.  This week’s print was also once again above expectations of 1.8 million. Ironically enough, despite a record streak of weekly declines, jobless claims have been weaker than expected for six consecutive weeks.  That’s the longest streak of weaker than expected prints since November of 2013. 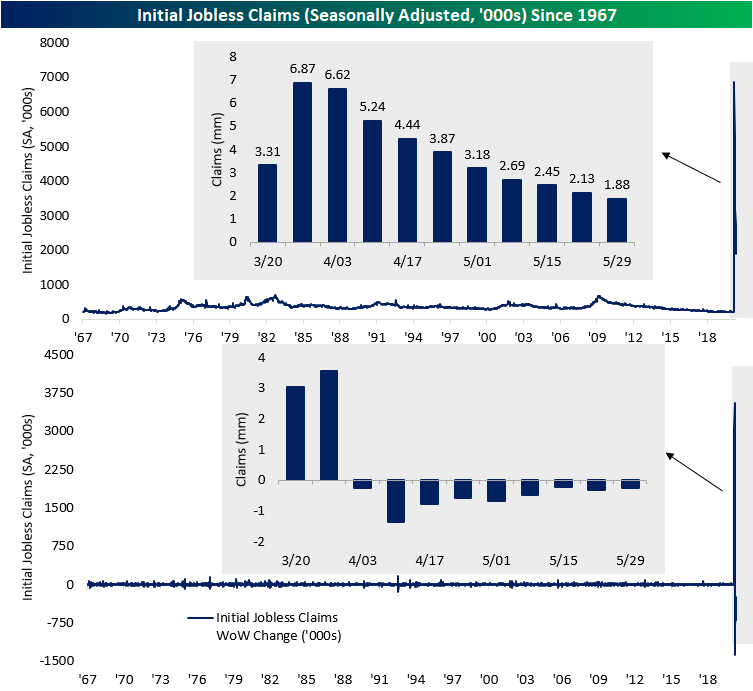 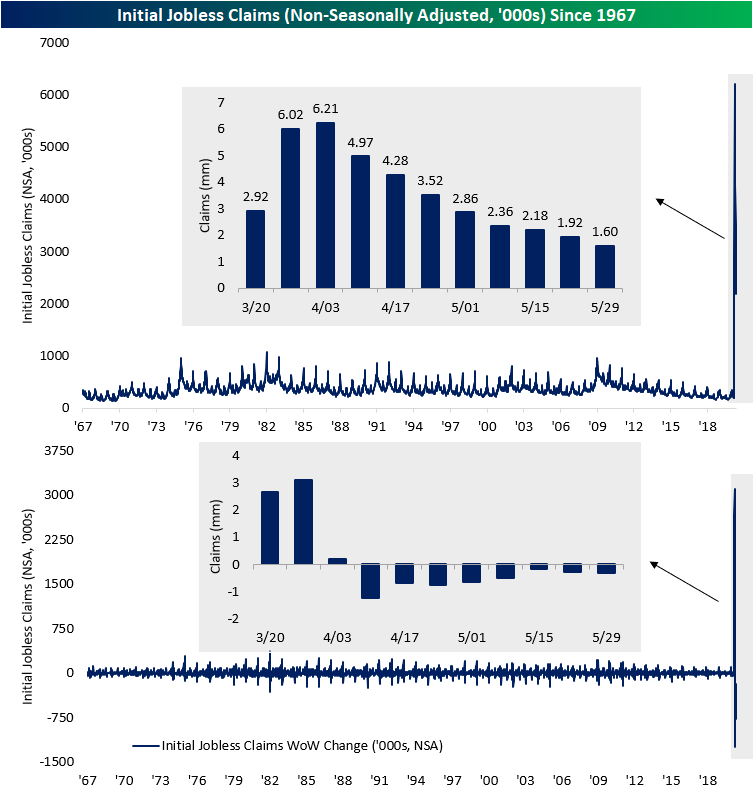 Last week, we noted reason for skepticism as continuing claims recorded its largest one week decline ever thanks to massive outliers like Florida and California which saw claims drop by an unexplained 76.35% and 40.46%, respectively. This week (week of May 23rd), a large share of the overall move can once again be largely accredited to California where claims rose 28.69% WoW.  Florida also saw a sizeable uptick of 14.54% from last week. Oregon, Pennsylvania, and Texas were the other states that largely accounted for this week’s increase in continuing claims. Start a two-week free trial to Bespoke Institutional to access our interactive economic indicators monitor and much more.