Due to tomorrow’s holiday, this week’s jobless claims data was released a day early and were not exactly a release to be thankful for.  The latest readings were bad all around with both initial and continuing claims rising more than expected.  For initial claims, last week’s level was revised up by 1K to 222K, and this week’s reading rose by 18K to 240K.  That is the highest level of claims since the week of August 18th, and the sequential increase was the largest since the end of September. Whereas recent readings on jobless claims have been healthy in the sense that they have remained within the range of low readings from the few years prior to the pandemic, this new high would have been at the high end of the 2008 to 2019 pre-pandemic range. 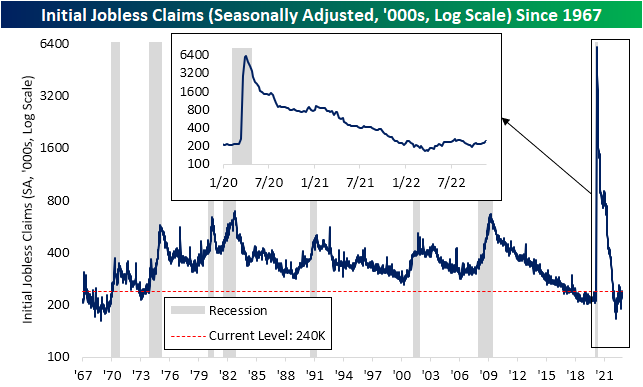 On a non-seasonally adjusted basis, the current week of the year typically sees claims move higher with a week-over-week increase 82% of the time.  However, this week’s increase was around 10K larger than what the comparable week of the year has historically averaged.  In other words, from a seasonal perspective, the rise in claims is perfectly normal in terms of direction but less so in terms of size. Now at 248K, claims are in line with levels for the comparable weeks in 2021 and 2019. 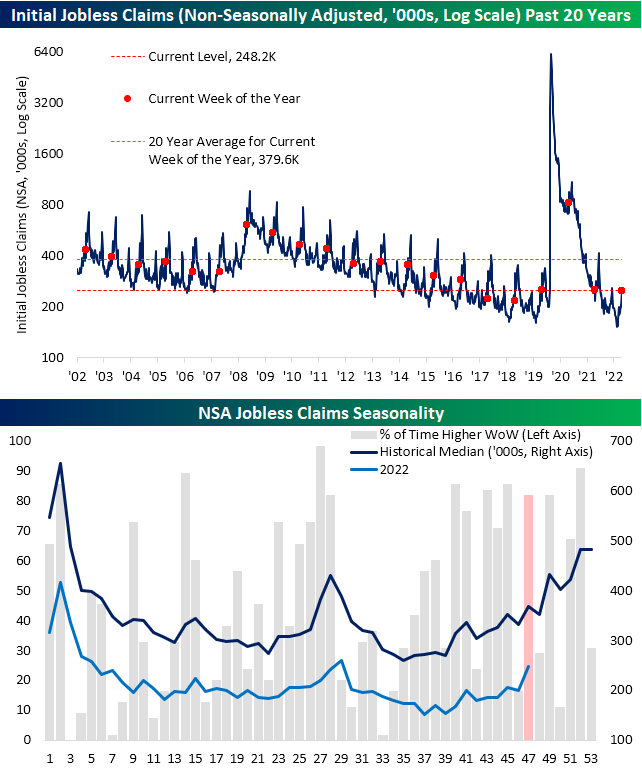 Continuing claims continue to be the more interesting story around jobless claims.  Delayed one week to the initial claims number, continuing claims as of the week of November 11th rose for a sixth week in a row. As we noted last week, such a streak of consistent increases in continuing claims has been rare, especially in the years following the Global Financial Crisis. In fact, the rise during the onset of the pandemic in 2020—which lasted for 10 consecutive weeks—was the only other notably lengthy streak post-2009. Prior to that, there have only been a handful of other times in which continuing claims have risen for 10 weeks or more. 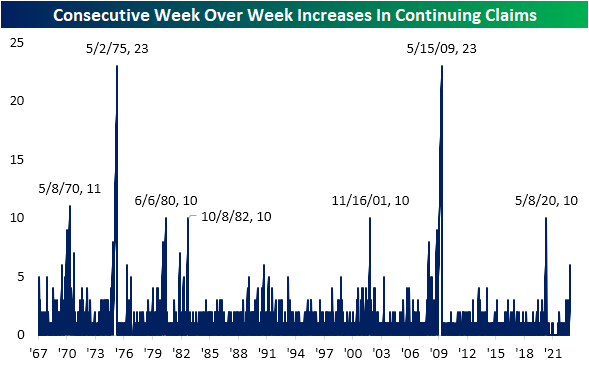 As for the current rise in claims, the latest increase leaves the reading at 1.551 million which is the highest level since the first week of March. From a historical perspective, though, that remains an impressively low reading and well below the pre-pandemic range even if it is rapidly deteriorating. 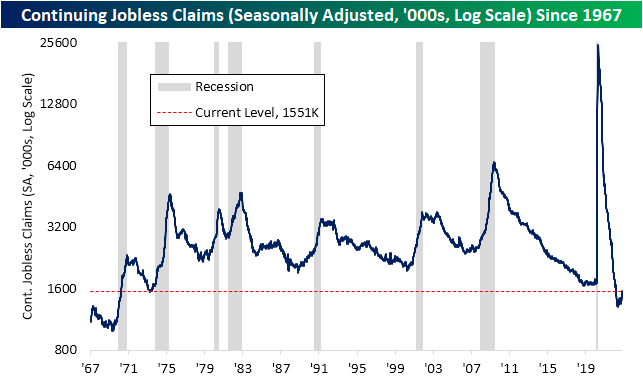 As for just how bad of a stretch it has been for continuing claims, the 187K increase, or 13.7% jump, during the past six weeks would be by far the largest in over a decade outside of the start of the pandemic.  Additionally, such a large increase in the span of six weeks is consistent with increases from all prior recessions. In fact, as claims have made their way off of historic lows, the current increase is nearly the same size as the early 1990s recession and is even larger than those in the early 1980s and early 2000s. Click here to learn more about Bespoke’s premium stock market research service. 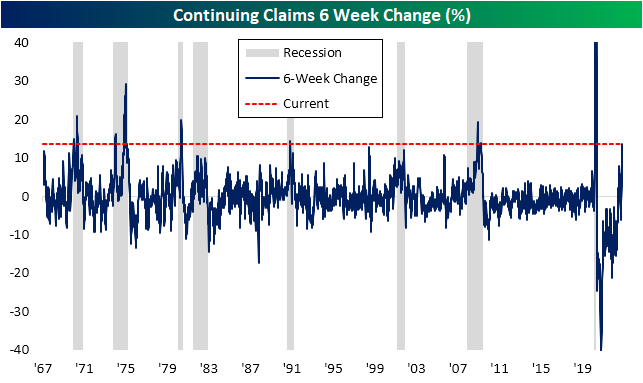