Initial jobless claims were expected to fall another 15K this week as forecasts were calling for a reading of 370K.  While claims did not live up to those expectations, they did make another move lower falling 9K to 376K.  That is now just 120K above the levels from last March, right before claims began to print in the millions. 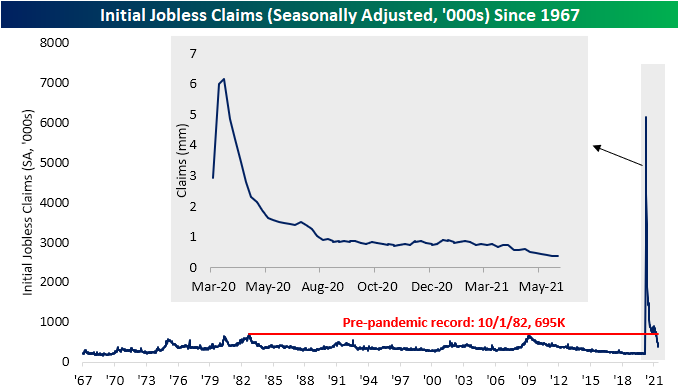 WIth another sequential decline, seasonally adjusted claims have now fallen for six weeks in a row. That is about half of the record streak of 13 weeks long that ended in early July of last year. Outside of that streak, there have only been six other streaks as long as the current one and only two of those, one in 1980 and the other in 2013, went on for seven weeks. 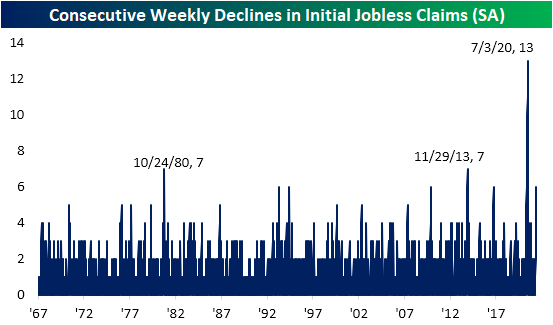 Those improvements in initial claims were shared on a non-seasonally adjusted basis.  Claims from regular state programs fell below 400K for the first time since last year reaching 367.1K. Pandemic Unemployment Assistance (PUA) also set a new low with claims totaling just 71.29K; down only about 2K from the prior week. Although that was a minuscule improvement, the PUA program has massively been unwound over the past few months as we close in on the end dates for the program in half of US states. In fact, this week will mark the exit of the program for Alaska, Iowa, Mississippi, and Missouri.  In the most recent week’s data, these four states accounted for 1.7K initial PUA claims and 72.3K continuing PUA claims, or 2.5% and 1.14%, respectively, of PUA claims nationally. 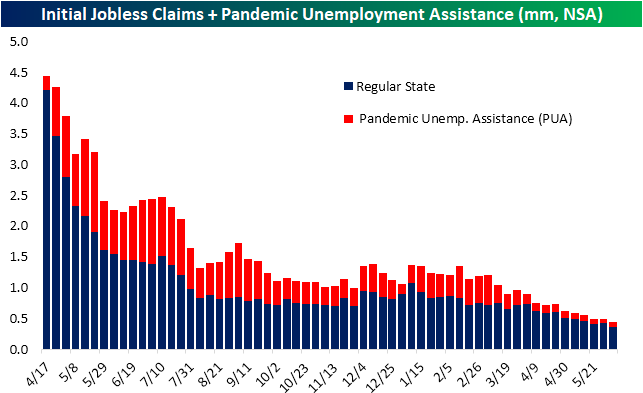 Since the start of the year, the improvements in continuing claims had been decelerating, coming to a head over the past couple of months with multiple upticks.  This week offered a sigh of relief as claims fell 258K to 3.499 million.  That was not only the biggest one-week drop since March 12th’s 282K decline, but it also brings claims to the lowest level since the week of March 20th last year. 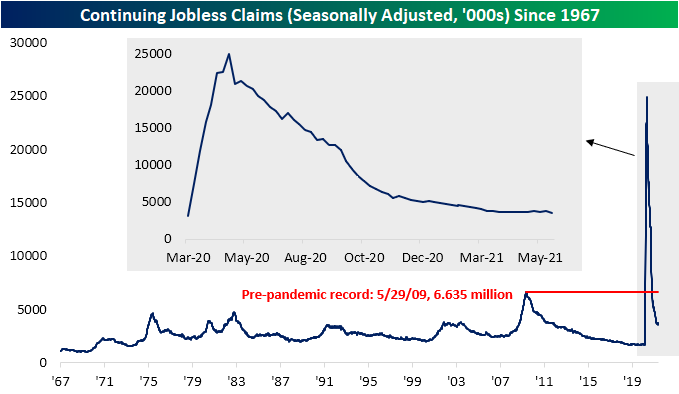 On a non-seasonally adjusted basis and factoring in all other programs (which creates another week’s lag), the picture has been generally more positive.  The most recent week’s data through May 21st showed total claims across all programs fell from 15.473 million to 15.376 million, the lowest level of the pandemic. A small uptick in claims from regular state programs was offset by sizable drops in PUA, PEUC, and Extended Benefit claims.  Click here to view all of Bespoke’s premium membership options. 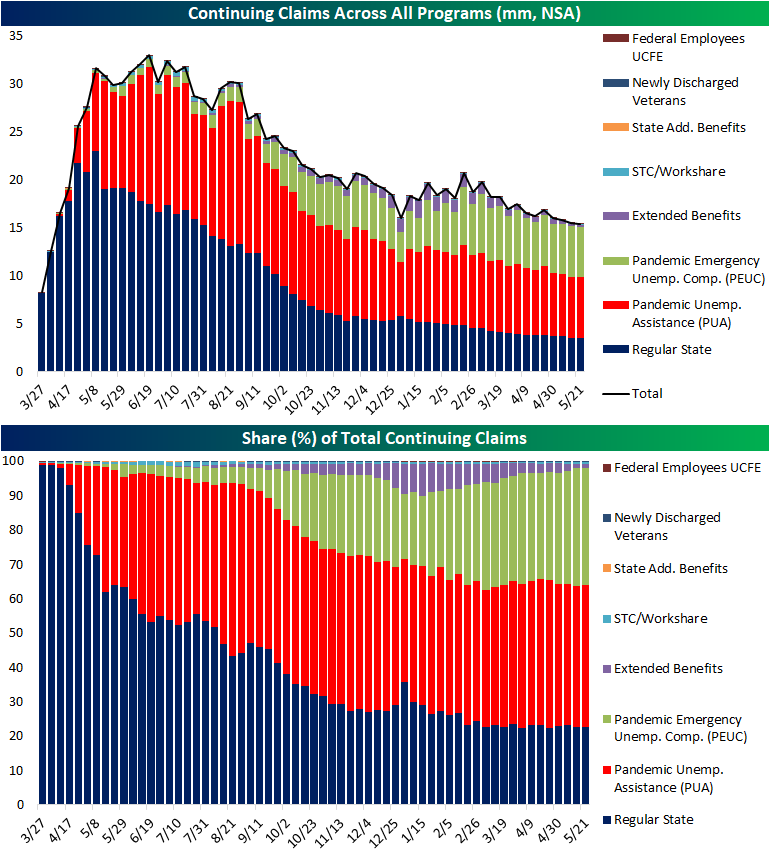