Initial jobless claims had a strong showing this week as the previous reading was revised lower by 6K to 237K.  From that revised level, claims fell another 5K down to 232K marking the lowest reading since the last week of June.  That was also handily below expectations which were calling for an increase up to 248K.  With another week over week decline, claims have now fallen for three weeks in a row; the longest streak of declines since February. 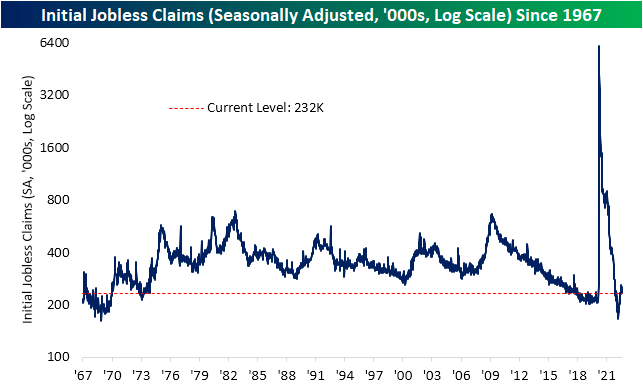 On a non-seasonally adjusted (NSA) basis, the current week of the year has historically marked the annual low.  Assuming that is the case this year, 176.8K is in line with the readings from the comparable week of the year in 2018 and 2019. Although further declines are not out of the realm of possibility, assuming normal seasonal patterns, NSA claims will likely rise from here through the end of the year. 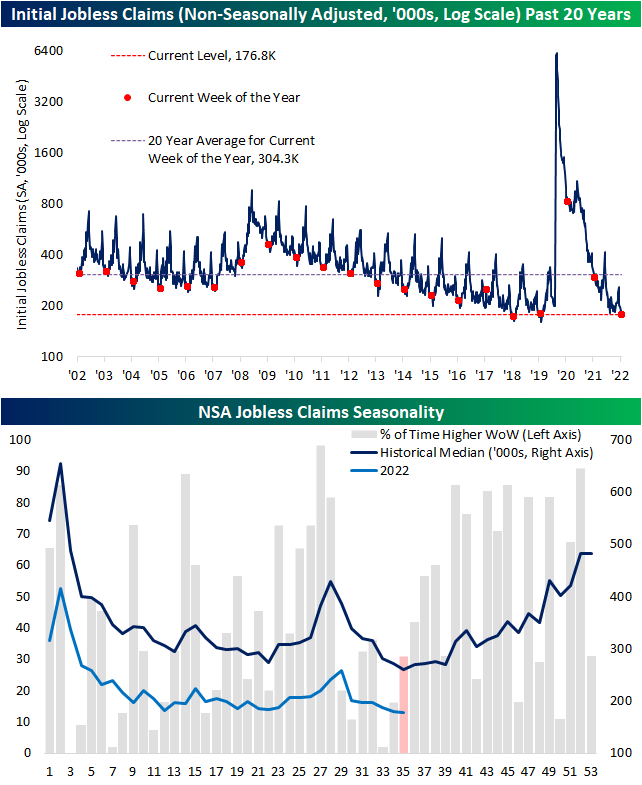 Continuing claims are lagged an additional week to initial claims.. While continuing claims remain low having avoided the same degree of upward drift that initial claims have experienced this year, this week’s reading did move up to 1.438 million. That marks the most elevated level since the first week of April. 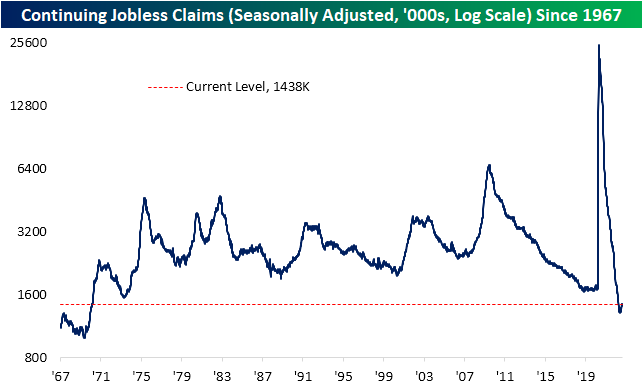 Recently we have been highlighting the ratio of initial claims to continuing claims as a way of showing the disconnect between the two seasonally adjusted readings. In other words, the lack of filter through of initial claims into continuing claims, which can be extrapolated as those filing for unemployment are quickly finding new roles. Although the ratio remains well above the historical norm and especially the range of readings observed since the early 1990s, it has begun to roll over in the past five weeks. As for just how big of a drop it has been, the decline ranks in the bottom 2% of all 5-week moves on record.  While that is not to say the overall claims picture (initial claims not turning into continuing claims) has completely turned around, it is a sign that continuing claims have been playing a degree of catch-up. Click here to learn more about Bespoke’s premium stock market research service. 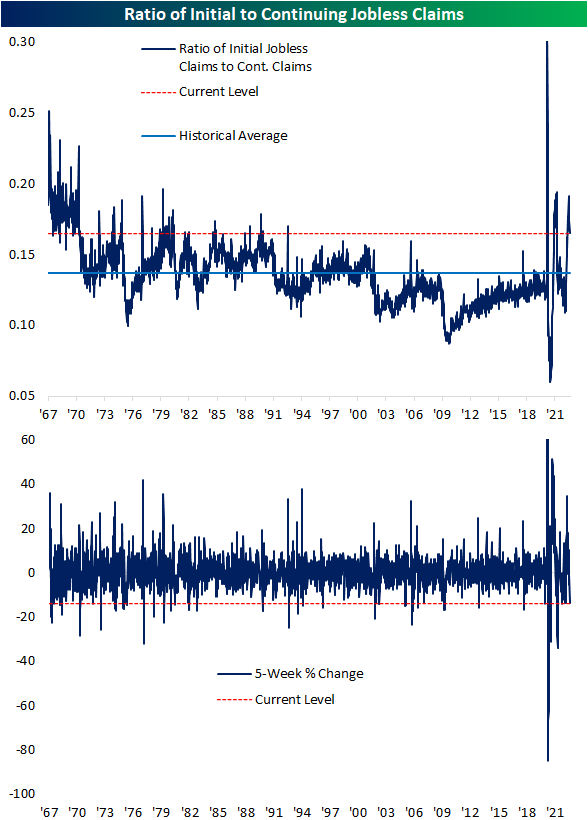