Although this year has seen seasonally adjusted jobless claims drift higher, the indicator is on a four-week-long streak of sequential declines.  The latest reading released this morning fell by 6K to 222K from the downwardly revised number of 228K last week.  In total, claims have now fallen by 30K during that streak of declines and are another 9K below the high of 261K from mid-July. 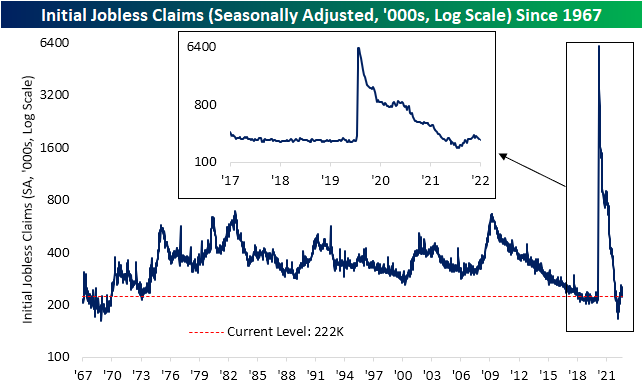 On a non-seasonally adjusted basis, claims were up slightly from 173.9K to 175.8K.  Modest increases are the standard for this point of the year as claims have likely put in place their seasonal low before turning higher into year-end. As shown in the first chart below, this week’s reading is historically strong but came up short of the lows for the comparable weeks of 2018 and 2019. 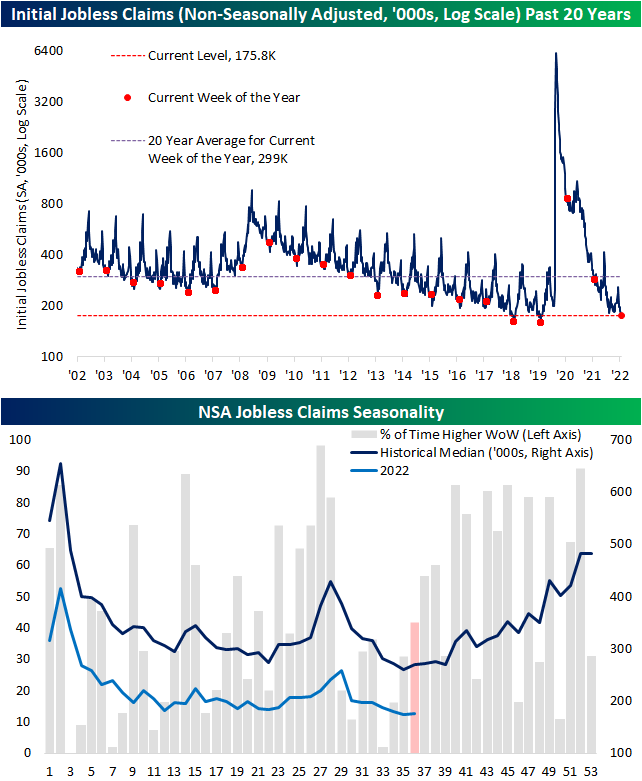 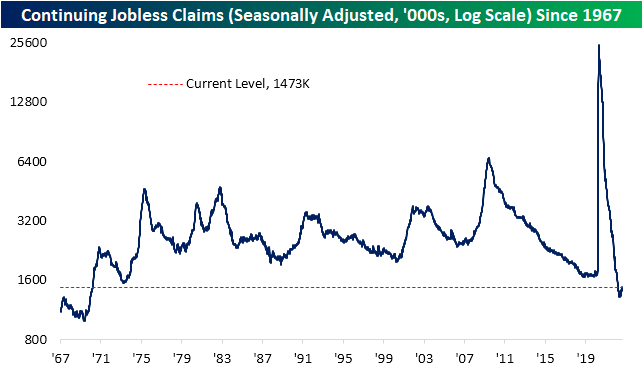 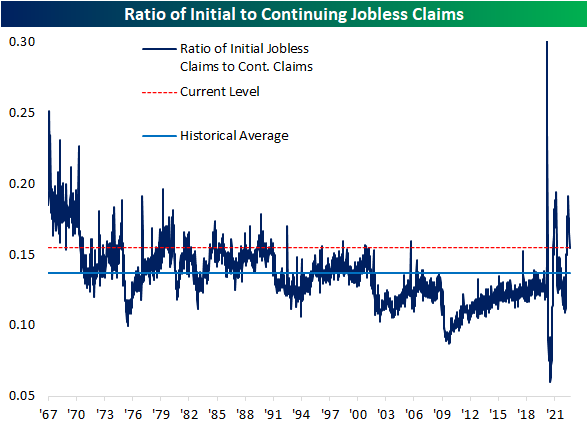