This week’s initial jobless claims number did not quite live up to expectations. From last week’s revised level of 399K, claims were expected to fall to 383K.  The actual reading was 2K higher, but that still marks the lowest level since the joint pandemic low of 368K from the weeks of July 9th and June 25th. 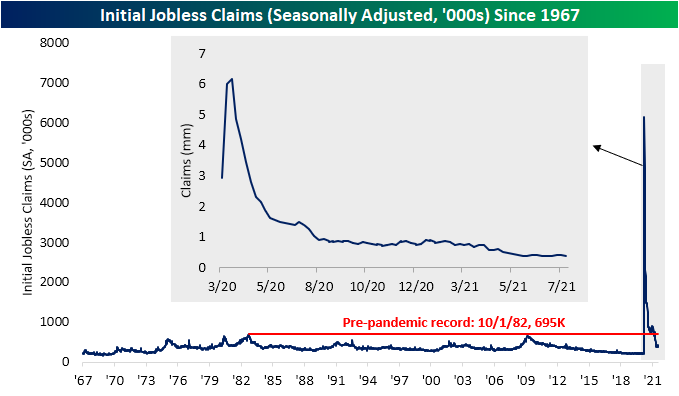 As we have noted over the past few weeks, mid-summer has historically seen a seasonal drift lower in jobless claims. In fact, the current week of the year has seen unadjusted claims fall two-thirds of the time throughout the history of the data.  With that in mind, unadjusted claims were likewise lower this week falling to 323.76K from 344.37K last week.  Adding in claims from the Pandemic Unemployment Assitance (PUA) program, claims totaled 418.24K. That was a 19K decline week over week and the lowest level of claims of the pandemic.  For PUA claims in particular though, there was actually a modest 1.4K increase versus the prior week. 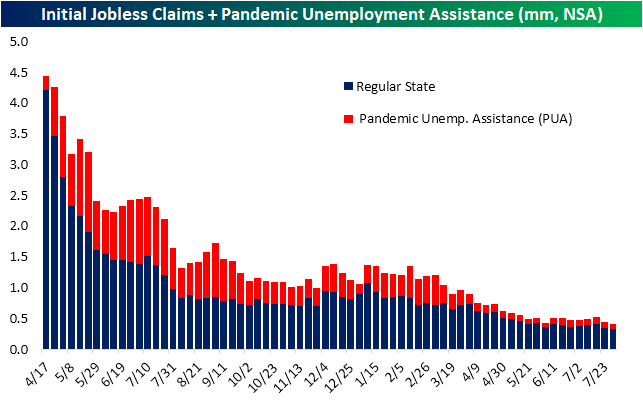 Delayed an additional week, continuing claims saw a more substantial decline dropping 366K versus last week.  That was much larger than the 14K decline that had been penciled in by forecasts.  Not only was it a large decline versus expectations, but it was the biggest one-week decline in adjusted continuing claims since the week of November 20th when they fell by 562K.  That significant decline now leaves national claims below 3 million for the first time since March 2020. 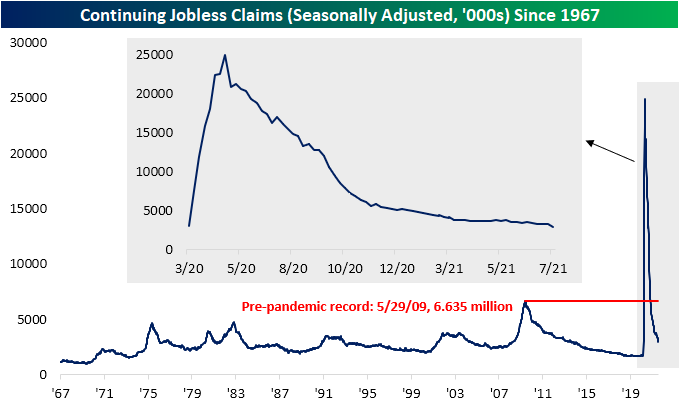 On an unadjusted basis, regular state claims came in at a pandemic low below 3 million for the first time.  But adding in all other programs, which creates another week’s lag (most recent data is through the week of July 16th), total claims came in just below 13 million. While lower, that is still above the pandemic low of 12.59 million from two weeks prior.  Every program with the exception of the STC/Workshare program is currently above the lows from two weeks ago. The Extended Benefits program is up the most in that time, currently 141.18K above the levels from two weeks ago.  Granted, regular state programs, PUA, and PEUC programs account for much larger shares of total claims.  Click here to view Bespoke’s premium membership options. 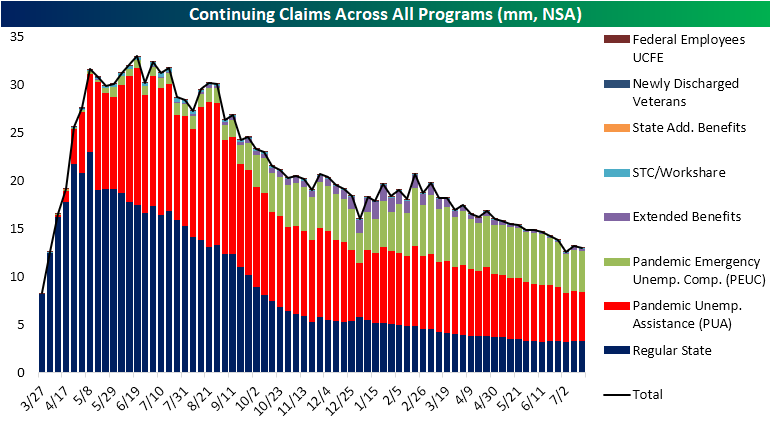 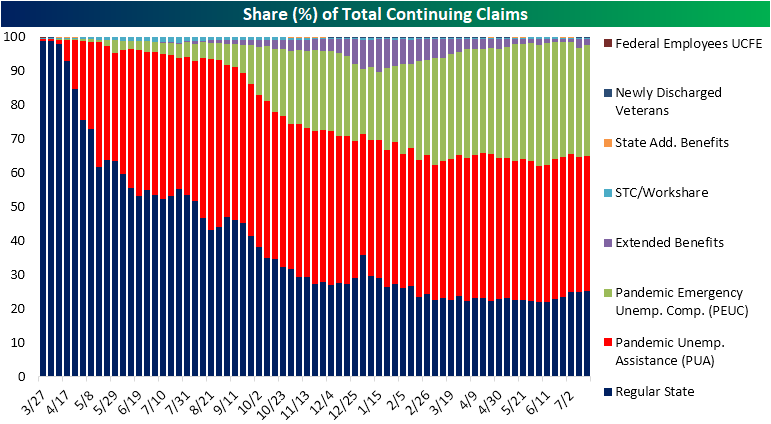