Continuing Claims Back Below The Pre-Pandemic Record High

Last week saw initial jobless claims come in at a new pandemic low of 709K which was closing the gap on the pre-pandemic record of 695K from October of 1982. Not only was that reading revised higher by 2K to 711K, but this week’s print rose to 742K missing expectations of a further decline down to 705K. That is the first time that claims have risen week over week since the week of October 9th.  Granted, this week’s increase is not that significant as it is only at the highest level since two weeks ago (10/30), and it is still 15K below that week’s revised reading of 757K. 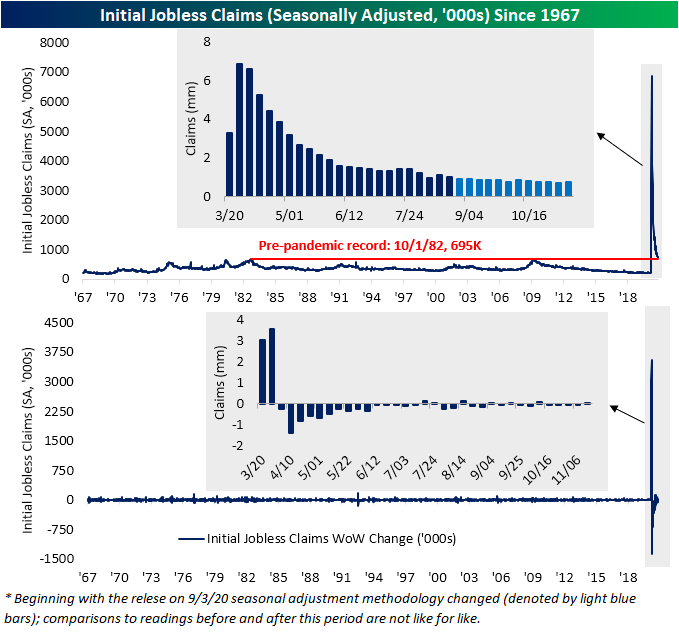 On a non-seasonally adjusted basis, claims were likewise higher rising from 725K to 743K.  That brings it right back to almost exactly where things stood two weeks ago. 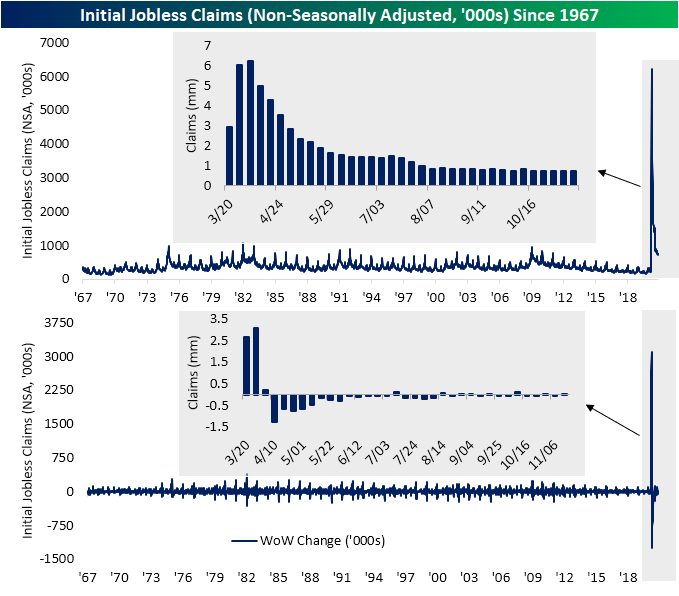 The inclusion of Pandemic Unemployment Assistance (PUA) claims helps to give a more complete picture. With the inclusion of this additional program, the overall outlook is pretty similar to just regular state claims.  PUA claims likewise rose this week up to 320.2K from 296.4K last week; the highest level since only two weeks ago.  Again, while that is not an improvement with total claims between PUA and regular state programs rising to 1.064 million from 1.021 million, claims have not made that significant of a move higher and that is at a time of year with some seasonal headwinds. 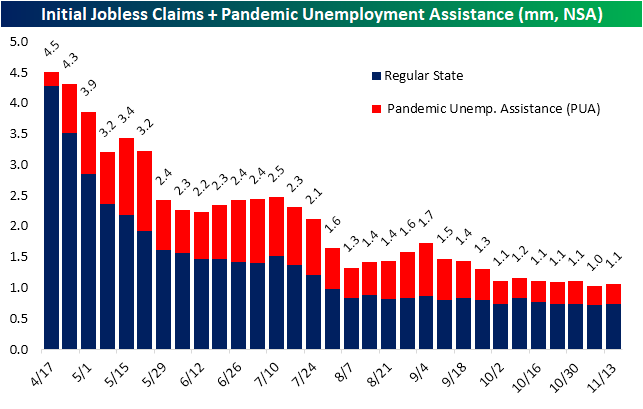 Continuing jobless claims are lagged an additional week to the initial claims data. Given this, last week’s drop to a new low for initial claims means continuing claims fell this week.  Seasonally adjusted continuing claims fell to 6.372 million this week from 6.8 million the previous week. Although lower, that was not as good as forecasts were calling for as claims were expected to fall to 6.35 million. This week marked the second week in a row below 7 million for the first time since March.  Not only was this a low for the pandemic, but that also finally brings claims back below the pre-pandemic record high of 6.635 million from May of 2009.  So while claims are still at historically elevated levels and have a long way further to go, they are no longer as extreme as earlier this year and are at least to a degree back within a range with some historical precedence. 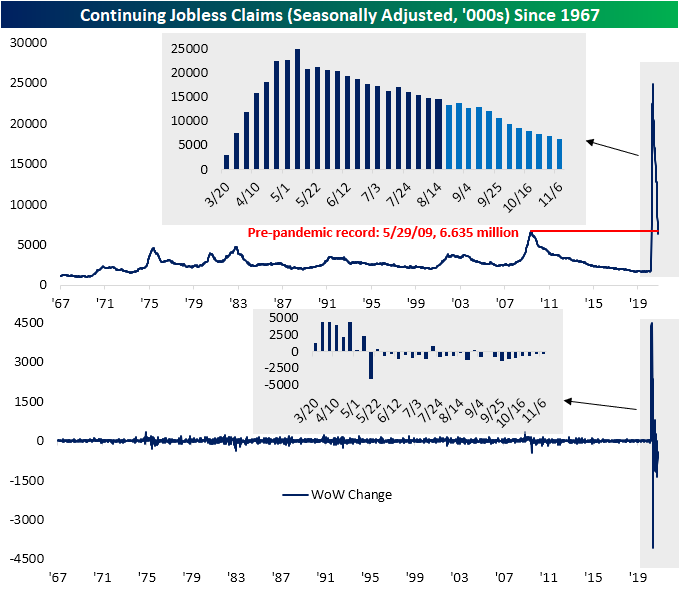 The data for all continuing claims programs like those for extended benefits and federal employees are lagged yet an additional week meaning the most recent print covers the final week of October. As shown below, through the end of October the two largest programs (regular state and PUA claims) have both continued to fall, but that is partially due to the expiration of benefits.  Other programs covering extensions to benefits like Pandemic Emergency Unemployment Compensation (PEUC) and the Extended Benefits program have both continued to see claims rise with the most recent week marking new highs for the pandemic.  Additionally, these programs make up for larger and larger shares of total claims.  In other words, broadly claims continue to improve but a growing share of existing claims have been unemployed for long periods of time.  Click here to view Bespoke’s premium membership options for our best research available. 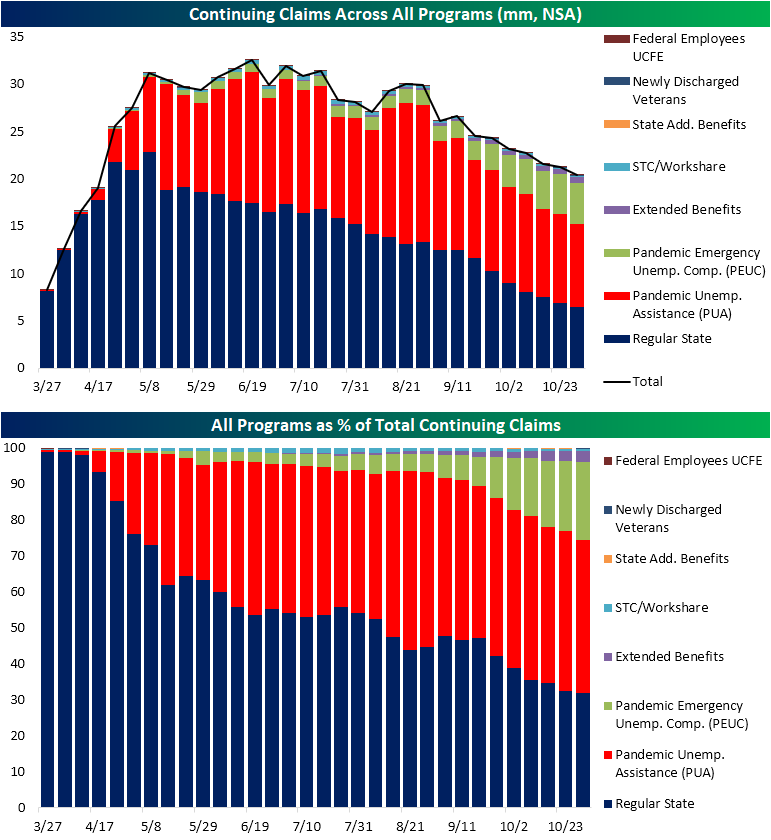