Continuing Claims Back Below 20 Million

For a record 12th straight week, jobless claims declined this week.  While they’re moving in the right direction, over those same 12 weeks, claims have actually exceeded consensus forecasts nine times. Seasonally adjusted claims totaled 1.48 million which was down 60K from a revised 1.54 million last week (the original release was 1.508 million). While that 60K decline was larger than the 26K decline the previous week, the rate of improvement in jobless claims remains toned down from what was observed over the past few months. 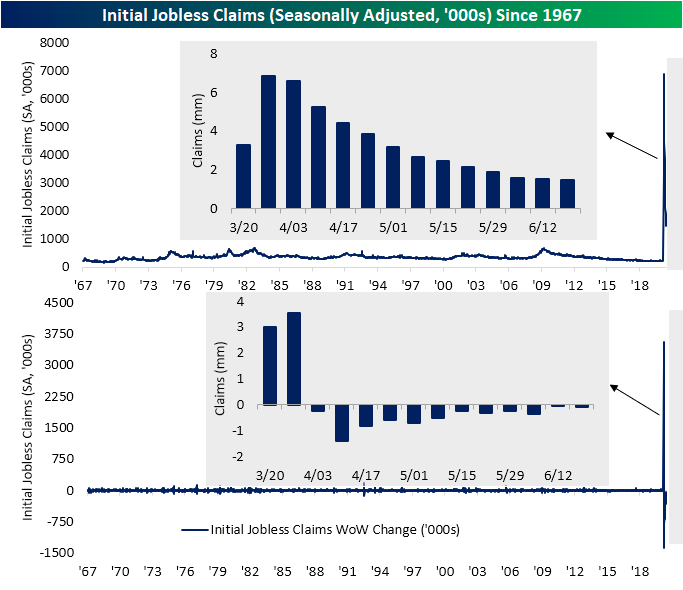 As previously mentioned, jobless claims have been consistently coming in above estimates.  In the three months that jobless claims have declined, there have only been three weeks (April 10th, April 17th, and June 5th) that claims have come in better than expectations. In the chart below, we show the count of weeks in rolling a 12-week span that claims were above forecasts. The current reading of 9 weeks is actually just off the recent peak of 10 weeks thanks to the recent beat on June 5th. Prior to that, at the end of May, 10 of the 12 weeks had seen claims miss estimates.  Before that, you would have to go all the way back to 2011 a stretch of weaker than expected reports that were this weak.  The weakest 3-month span relative to estimates was back in the 12 weeks ending November 14th, 2008 when claims had missed estimates for 11 of 12 weeks. 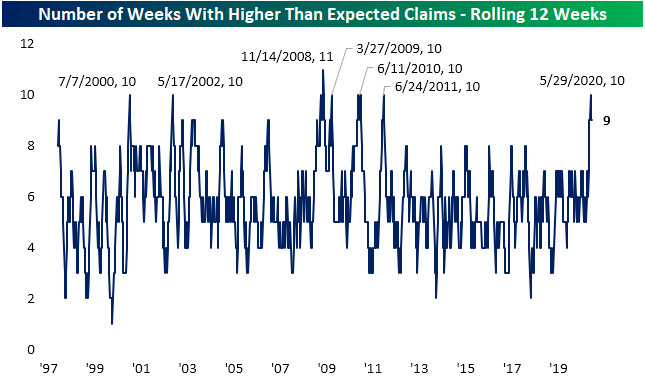 To put it briefly, while any drop in jobless claims is welcomed and that has been observed over the past three months, claims have seemed to have hit a bit of a plateau in terms of improvement. Non-seasonally adjusted claims embody that dynamic of shrinking improvements.  Non-seasonally adjusted claims only fell by 6K to 1.457 million this week.  That 6K decline was actually the smallest weekly move in absolute terms since a 5.1K decline back in early February- back before the surges of the COVID era. 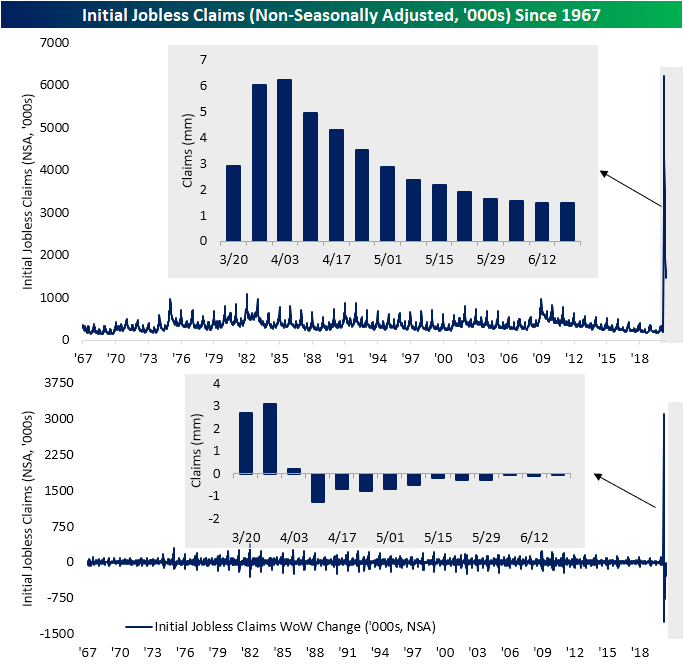 Unlike initial claims, continuing claims actually beat estimates this week falling below 20 million for the first time since mid-April.  Continuing claims have now fallen for four of the past five weeks since the peak of 24.912 million claims on May 8th. Also unlike initial claims, this was actually a larger improvement than what has been observed in recent weeks. The first reading after the aforementioned peak in claims was the largest one week drop on record totaling 4.071 million claims. This week’s 767K decline to 19.522 million continuing claims was the second-largest on record. It was also more than double the prior week’s decline.  Granted, even with those improvements more than a tenth of the US workforce is currently unemployed. Click here to view Bespoke’s premium membership options for our best research available. 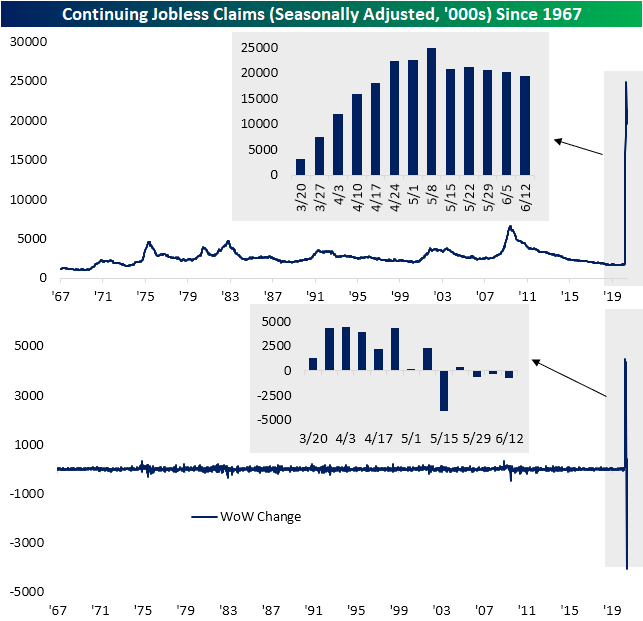