Continuing Claims At the Lowest Level Since 1970

Seasonally adjusted jobless claims continue to ping back and forth within their recent range between 200K and 300K.   Still off the sub-200K readings from the end of last year, jobless claims fell from 229K to 214K this week. That is the lowest level since the last week of 2021 when they were 7K lower. Even though there has been no new notable low, the current level is still healthy and consistent with pre-pandemic levels that had not been observed at any other period after the early 1970s. 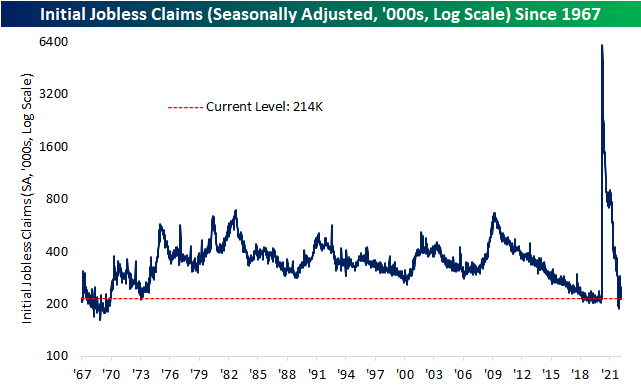 Jobless claims continue to have seasonal tailwinds at this point of the year and typically do not seasonally bottom until several weeks later. The current week of the year has historically been one of the strongest in terms of consistency of declines in the non-seasonally adjusted number. Since 1967, 92.7% of the time claims have fallen week over week during the current week of the year, and this year was no exception. At 202.9K, it was only slightly above the low of 196K from two weeks ago.  That level is also still slightly above the readings for the same week of the year prior to the pandemic (2018 and 2019). 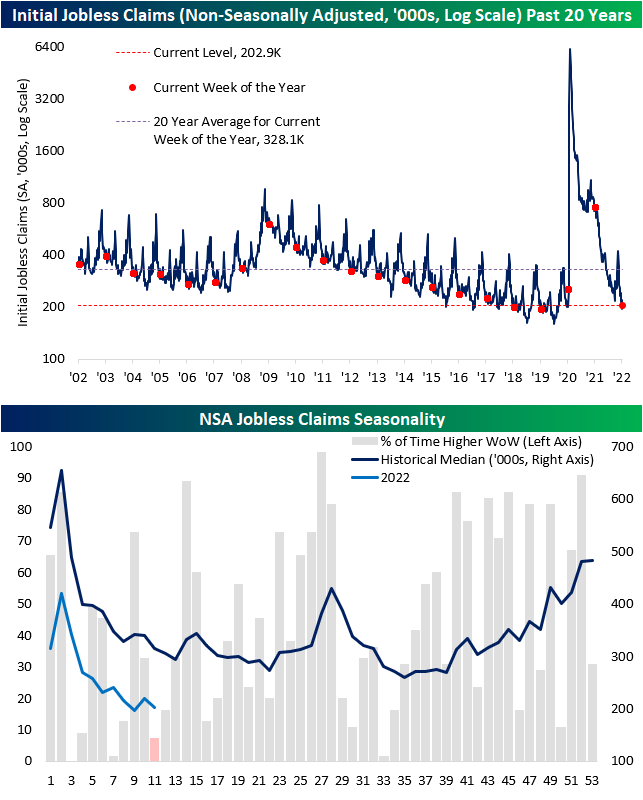 Delayed an additional week making the most recent reading through the first week of March, seasonally adjusted continuing claims fell to a fresh low of 1.419 million. That is the strongest reading on continuing claims since February 1970. Click here to view Bespoke’s premium membership options. 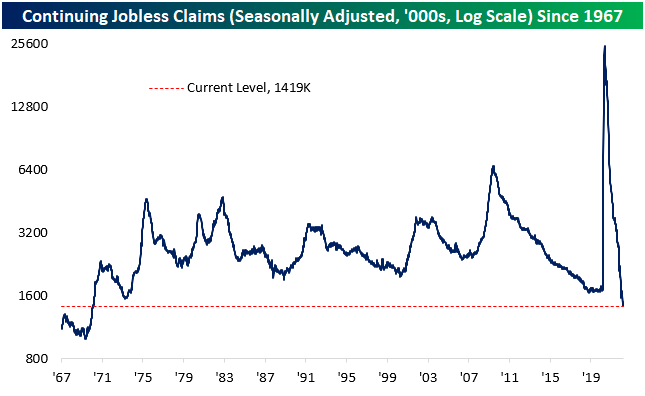