Continuing Claims At The Lowest Level Since 1969

Whereas last week’s release of initial jobless claims set a new multi-decade low, this week that number was revised up by 1K. That means last week’s revised reading of 188K matched the December low.  Turning to this week, claims came off that low rising 14K.  Albeit higher, at 202K initial claims remain at historically strong levels. 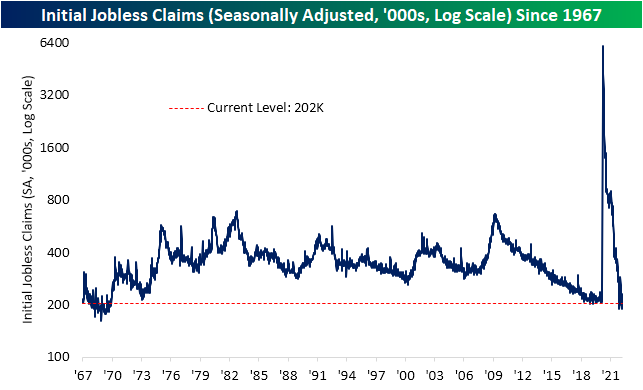 On a non-seasonally adjusted basis, claims had another sub-200K showing after rising 13.2K week over week.  In terms of seasonality, the current week of the year has historically seen unadjusted claims fall sequentially more often than not, and the following couple of weeks have tended to see a seasonal uptick in claims. In other words, we’re likely to see claims rise on account of seasonal factors in the coming weeks. 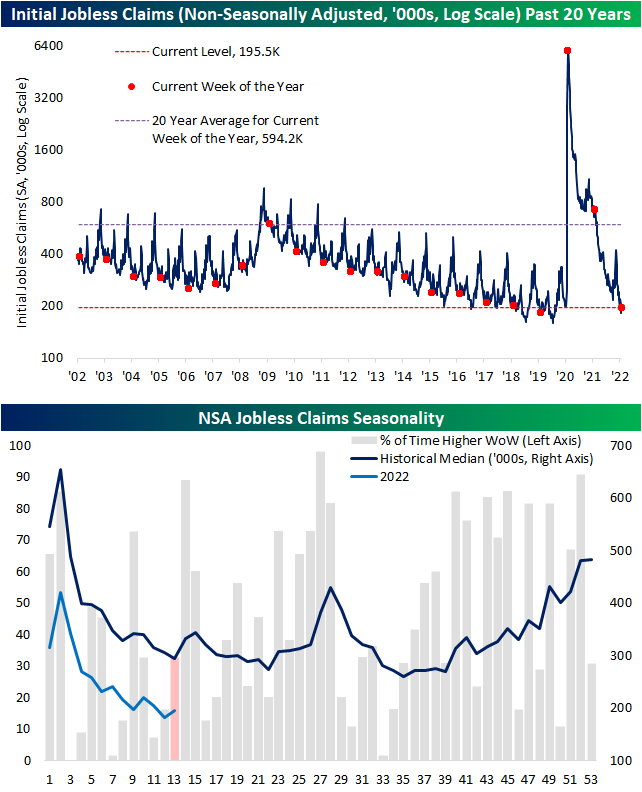 Delayed one week to initial claims, the continuing claims number was the most impressive part of the most recent release. Coming in just above 1.3 million, seasonally adjusted claims hit the lowest level since the final week of 1969. Click here to view Bespoke’s premium membership options. 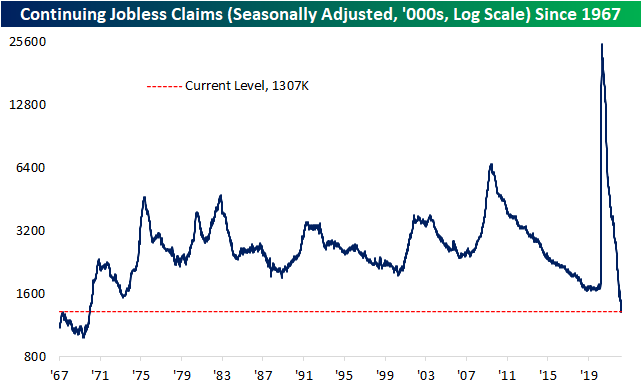