Tuesday’s Consumer Confidence report managed to exceed expectations, but as we noted at the time, the survey for the March reports cuts off on the 18th, so as economic conditions turned south, sentiment levels also likely declined.  One area of the report where sentiment already has seen a notable decline is in consumer sentiment towards stock prices.  As shown in the top chart below, the percentage of consumers expecting stock prices to decline nearly doubled from 21.7% up to 39.2% while the percentage of consumers looking for higher prices dropped from 43.1% down to 32.3%. In the case of negative sentiment, the percentage of bearish consumers hasn’t been this high since late 2012.

Given the major shift in sentiment, the spread between bullish and bearish consumers has seen a major reversal falling from firmly positive (21.4) to firmly negative (-6.9).  By this measure, the spread between bullish and bearish investors hasn’t been this negative since February 2016.  Start a two-week free trial to Bespoke Institutional to access our interactive economic indicators monitor and much more. 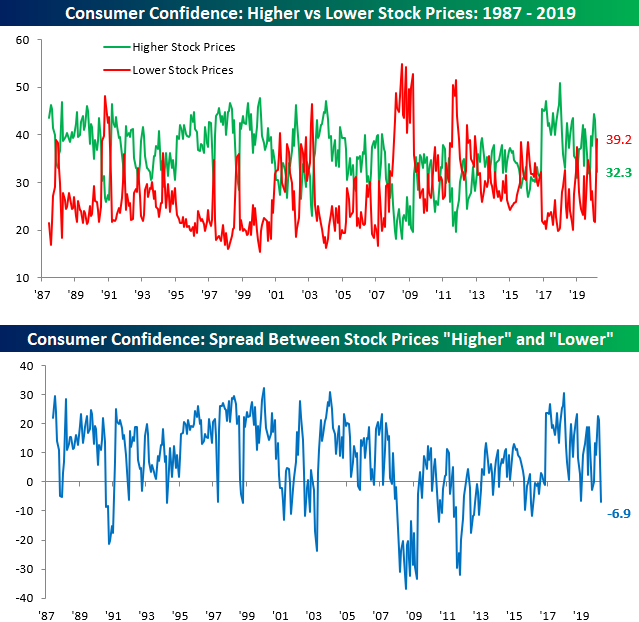