Consumer Credit Before The COVID Crash

On Tuesday, the New York Fed released its quarterly snapshot of consumer credit which was the last one before the effects of COVID-19 start to work their way across lenders.  As noted in Tuesday’s Closer, the data showed some initial signs of cracks in lending markets.  Credit card balances declined slightly which was the first drop since Q1 2014.  On the other hand, mortgage lending—the largest section of consumer credit—had a strong quarter with balances outstanding rising 6.5% annualized after seasonal adjustment while auto lending—the third-largest share of consumer credit—had its best quarter since Q1 2017. 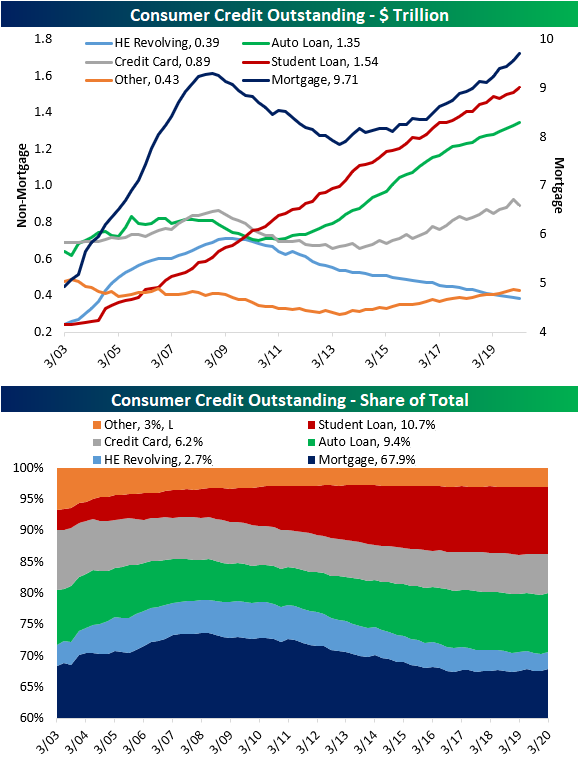 Longer-term growth trends were also fairly uninterrupted in Q1 as has been the case for the past few years.  Loan growth was primarily driven by mortgages which made a new post-crisis high in Q1 while other categories of lending were pretty unremarkable. 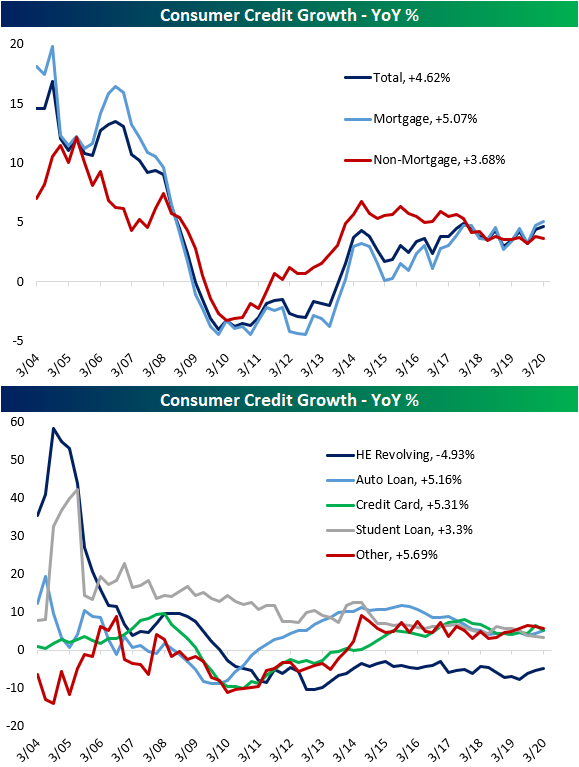 Finally, we note that on the eve of COVID-19, consumers had ample reserves of credit available on both HELOCs and credit cards.  Even better news, the percentage of consumers under collection was at a record low, the number of bankruptcies was at a record low, and foreclosures were very low as well.  While the outbreak of COVID-19 and the related economic ramifications likely changed that, consumers were in a relatively strong position coming into the pandemic. 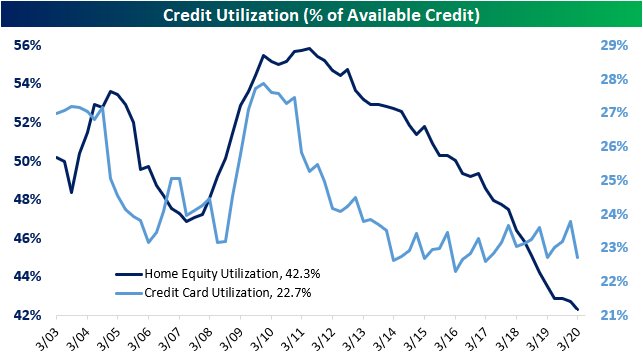 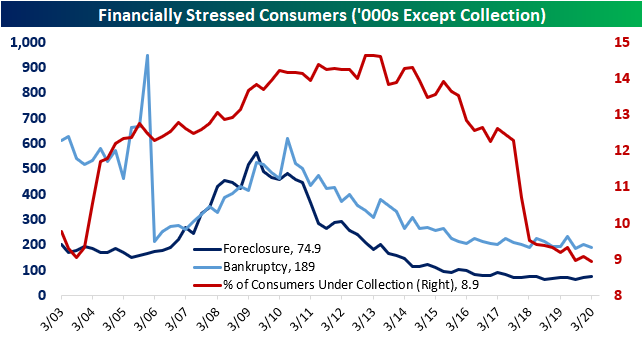 Not only were foreclosures and bankruptcies historically low, but the lending conditions appeared fairly tight as well.  The lending market was mostly directed towards high-quality borrowers.  That was the case for not only mortgages but auto loans as well.  Start a two-week free trial to Bespoke Institutional to access our interactive economic indicators monitor and much more. 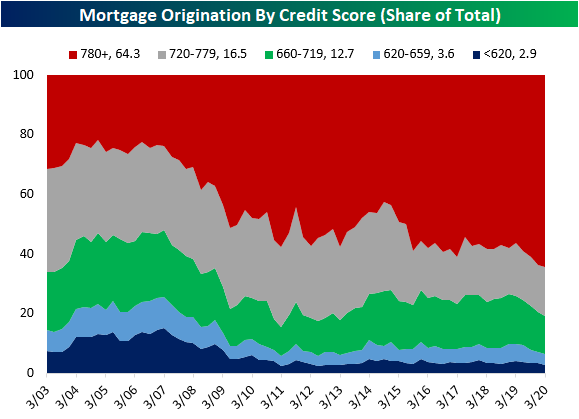 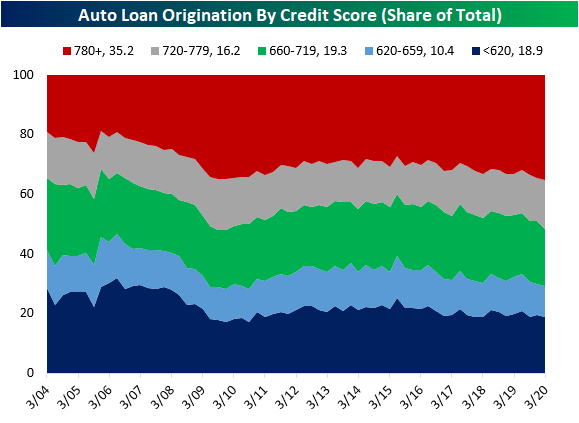