Looking at sector performance over the past week, the weakest sector has been Communication Services (XLC) with a decline of over 2% in the five days ending yesterday. That brings the sector over two standard deviations below its 50-DMA. Health Care (XLV) is the only other sector at extreme oversold levels although its recent decline has been much more modest.

Whereas most of the past year has seen XLC consistently hold above support at its 50-DMA, since the start of September, the sector has trended lower, and over the past month, it has also been below its 50-DMA.  Now smack dab between its 50 and 200-DMAs, yesterday’s decline resulted in XLC falling below support around $79. That level formerly marked short-term highs in April and May of this year and a low/test of the 50-DMA in mid-July. 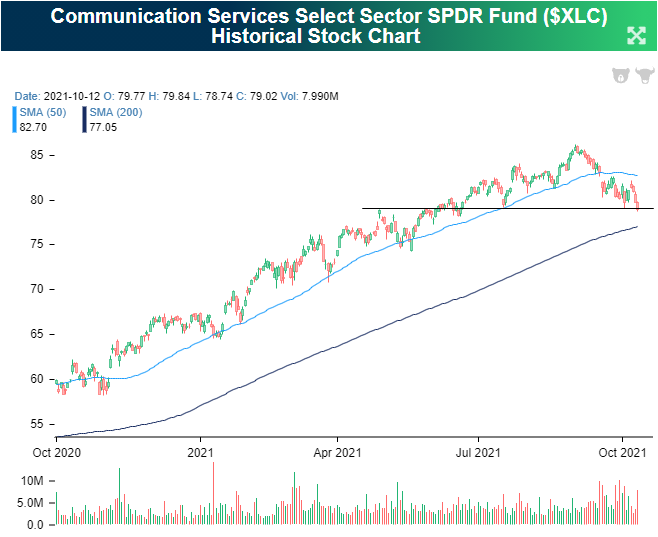 While that breach of support has not necessarily been dramatic, the same cannot be said for many of the sector’s stocks.  For example, telecoms have gotten crushed as AT&T (T), T-Mobile (TMUS), and Verizon (VZ) have all collapsed in recent days with each one extremely oversold.  Of these, only TMUS has appeared to have found any hint of support at recent lows. The other stock in this industry, Lumen Tech (LUMN), has also been moving lower but has not collapsed like the others. 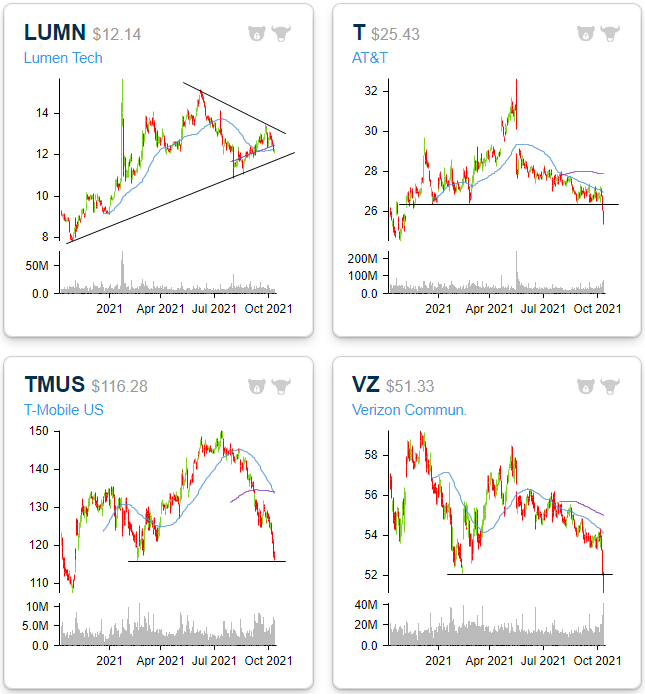 As for other members of the sector outside of that industry, names like Charter (CHTR), Comcast (CMCSA), Facebook (FB), and Alphabet (GOOG) have also pulled back sharply recently breaking longer-term uptrends. Also, since many of these stocks have very large market caps, their impact on the sector’s performance is greater.  On the bright side, CHTR and FB have appeared to have found some support at their 200-DMAs while the opposite is the case for CMCSA. Similarly, GOOG just recently failed to move back above its 50-DMA.  As for the video game stocks, Take-Two Interactive (TTWO) also failed to move back above a moving average recently while Activision Blizzard (ATVI) has been in a steep downtrend over the past few months with a failed attempt to break out of that trend in the past several days.Click here to view Bespoke’s premium membership options. 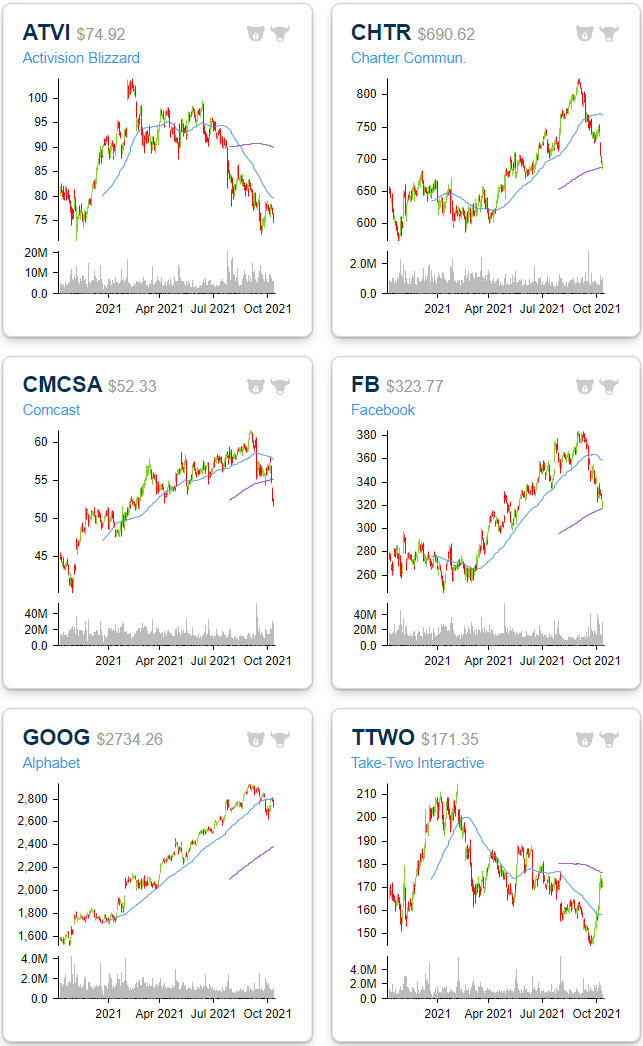