Close, But No Cigar 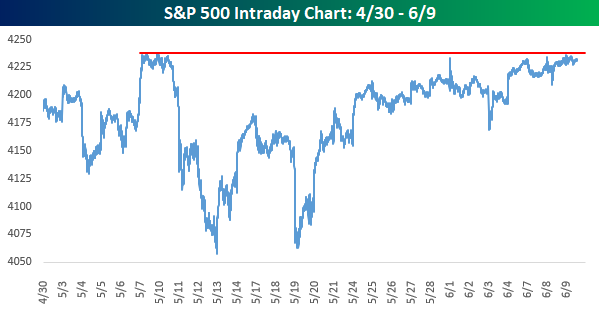 Coming up so close so often but falling short each time has to be disheartening for bulls, and it doesn’t happen particularly often either.  The chart below shows streaks where the S&P 500’s intraday high came within 0.25% of an all-time but didn’t quite make it.  Since intraday data for the S&P 500 begins in 1983, there have only been four other streaks of similar or longer duration.  The first two were in the early 1990s, and then it wasn’t until 2016 that we saw a streak of six days.  After that 2016 occurrence, there were two occurrences in the first half of 2017.  Click here to view Bespoke’s premium membership options and sign up for a trial. 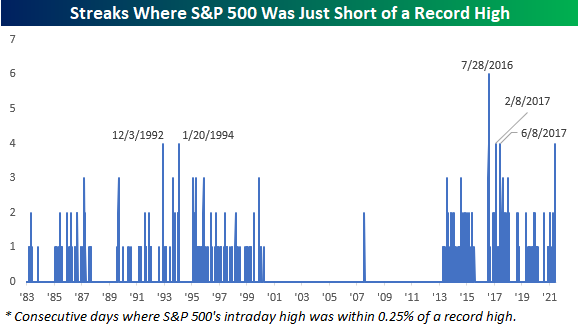