Over the past few weeks, initial jobless claims have been fairly elevated in the 800K range and moving higher.  Last week’s reading came in at the highest level since the first week of September and was revised even higher this week to 892K (compared to 885K originally). While claims remain elevated, they improved in a big way this week.  Claims were expected to drop to 880K, but instead, claims saw their largest one-week decline since the last week of August, falling to 803K. 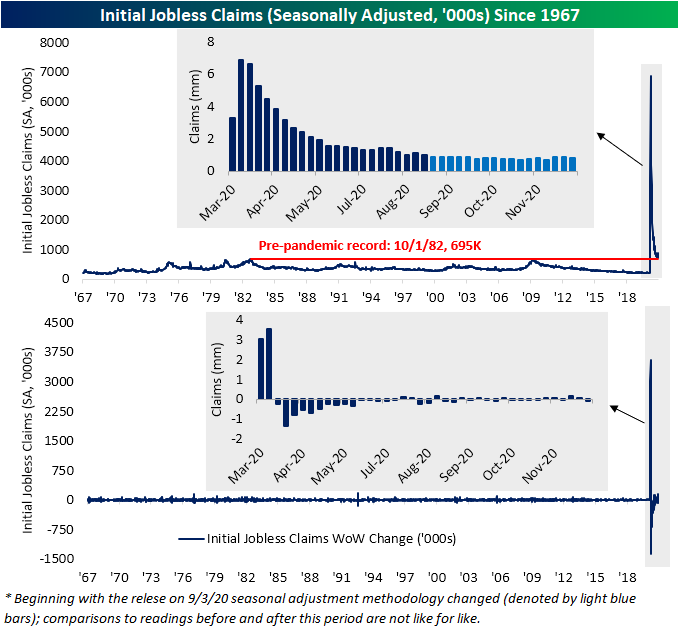 As we noted last week, on an unadjusted basis claims were lower thanks likely to seasonal effects.  The current week of the year’s seasonal effect was not quite as strong, but it marked another decline in the non-seasonally adjusted number nonetheless.  Unadjusted claims came in at 869.4K from 941.9K last week. Again, although this was an improvement, claims are still coming in at some of the highest levels of the past few months. 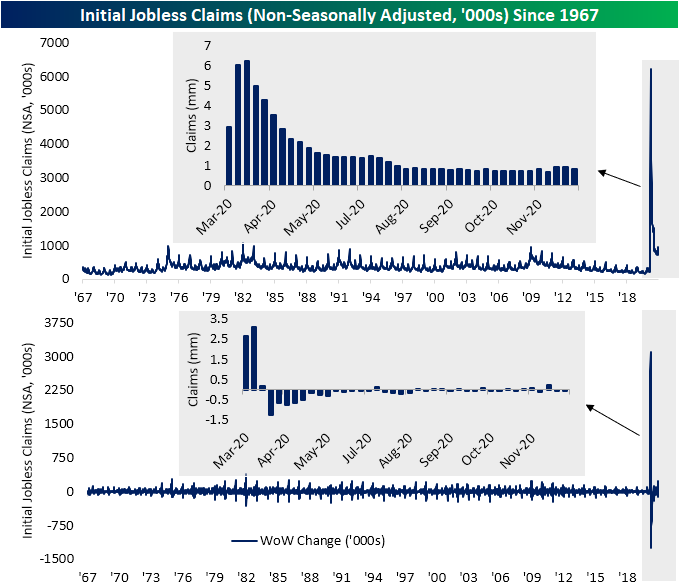 Including other programs, it is the same story.  Regular state claims in combination with Pandemic Unemployment Assistance (PUA) claims were lower dropping to 1.267 million from 1.396 million.  While lower, outside of the prior two weeks, that is still the highest level since the last week of September.  The decline this week was broad with both regular state claims and PUA claims falling sequentially. 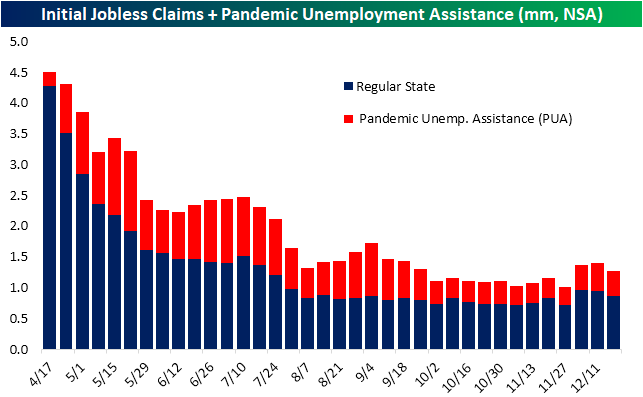 Continuing claims are lagged an additional week to initial claims meaning the most recent reading is for the week of December 11th; the same week as initial claims recent high of 892K.  In spite of that week’s big inflow into the unemployment insurance system, continuing claims actually fell 170K to a pandemic low of 5.337 million. 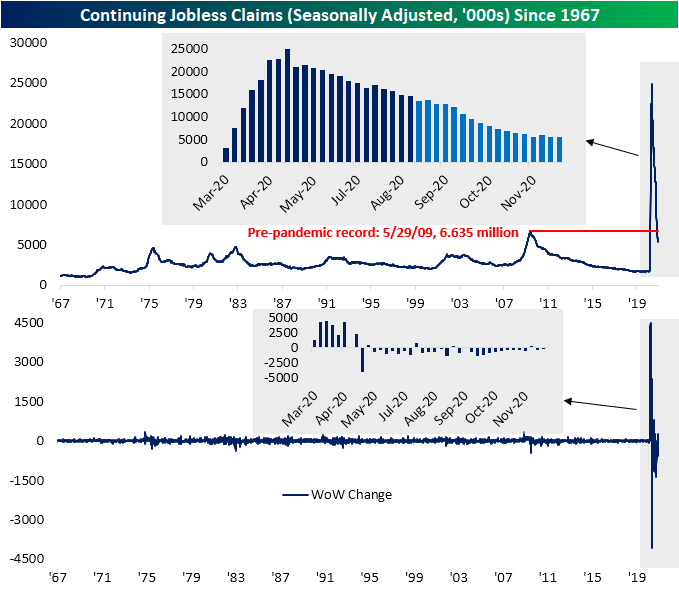 As we have frequently made note of recently, the continuing claims number does not tell the full story though.  Including all programs adds another week’s lag but gives a more complete picture.  Total continuing claims across all programs for the week of December 4th totaled 20.4 million. While that was lower sequentially, it was also above the pandemic low of 19 million from the week of November 20th.  Breaking this number down by program, while regular state claims are around their lows of the pandemic, PUA claims have risen for two straight weeks and are back up to where they stood in October. Meanwhile, extension programs remain elevated.  Pandemic Emergency Unemployment Compensation (PEUC) did fall week over week, although at those levels, the reading was above all but one other week since the pandemic started. Conversely, the Extended Benefits program saw an uptick to a new pandemic high of 712.9K.  Click here to view Bespoke’s premium membership options for our best research available. 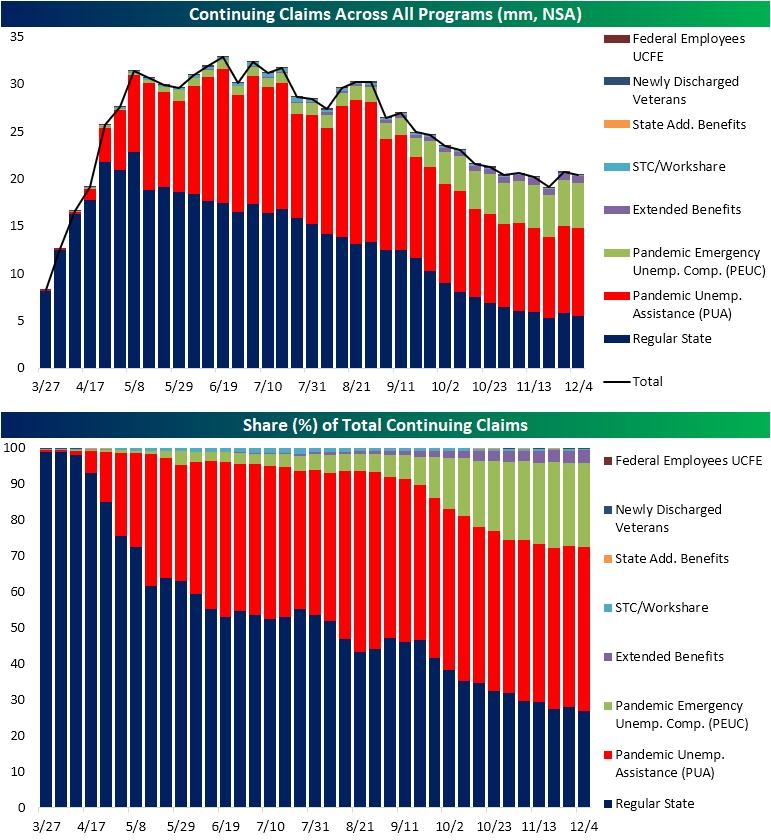