It was a good week for jobless claims as the seasonally adjusted number fell 12K to 214K versus last week’s downward revision to 226K.  That compares to forecasts that were expecting claims to rise further to 233K. At current levels, claims remain healthy and within similar levels to the pre-pandemic range. 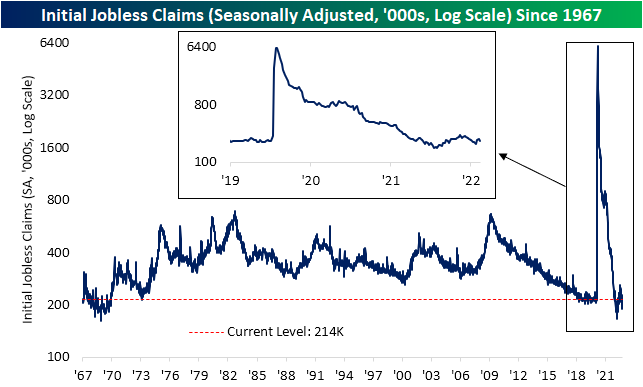 On a non-seasonally adjusted basis, claims were also lower as might be expected for the current week of the year. Historically, the current week of the year has consistently seen a brief break in the Q4 seasonal uptrend in claims.  With that occurring again this year, claims are impressively strong.  The only two years in which the comparable week has seen a lower reading in the non-adjusted number were 1969 (155K) and 1968 (151K). 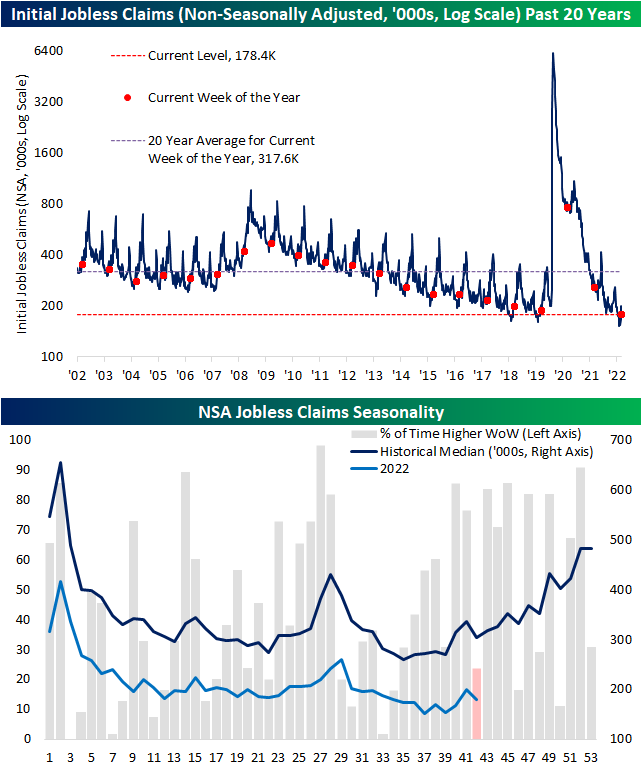 As we highlighted last week, roughly a third of the rise in national claims last week was thanks to Florida which was recently impacted by Hurricane Ian.  One week later, claims in that state improved albeit they remain elevated and account for a disproportionally large drag on the national claims number.  We would note, that the current hurricane-related spike is similar in size to the fall of 2017 when there was a historically damaging hurricane season (the year of Hurricanes: Harvey, Irma, and Maria). 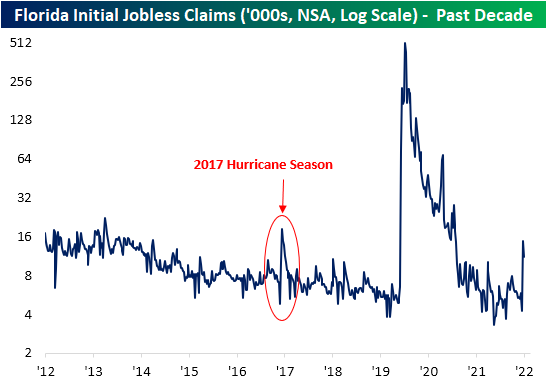 Turning to continuing claims, which are lagged an additional week to the initial claims number, the picture remains unchanged versus recent months. Claims are historically strong at 1.385 million and much lower than initial claims. Click here to learn more about Bespoke’s premium stock market research service. 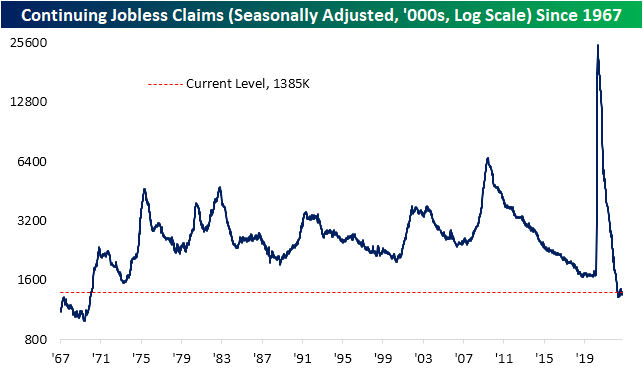