Initial jobless claims have continued to decline with this week’s reading falling to 293K from an upwardly revised reading of 329K last week. The 36K week/week decline was not only more than double the expected decline, but it was also the largest since a 48K drop at the end of June.  Additionally, after this week’s decline, the seasonally adjusted number is now at the lowest level of the pandemic, only 37K above the levels from March 14, 2020. After revisions to prior weeks, this week also marks the first sub-300K reading since the pandemic began. 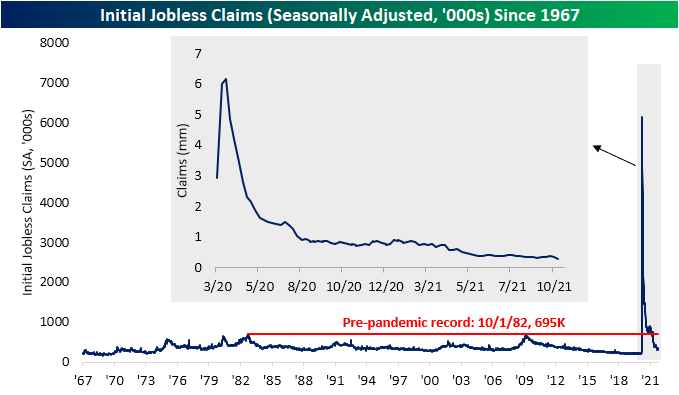 While seasonally adjusted claims were lower, unadjusted claims rose to 277K from 261K.  A rise in regular state claims is very much the norm for the current week of the year with said week having historically observed claims rise WoW over three-quarters of the time going back to 1967. Before seasonal adjustments, claims have likely put in their seasonal low and will continue to trend higher into the end of the year. Additionally, with the end of enhanced benefit programs in early September, PUA claims have continued to drop off coming in at 21.62K this week.  While at a nearly negligible level, that is still a few thousand off the low of 14.79K from the week of September 17th. 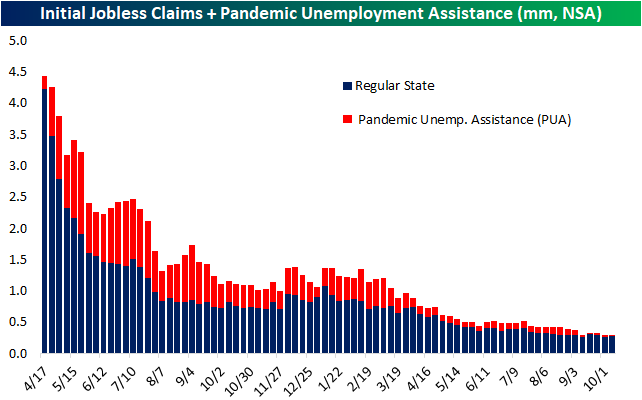 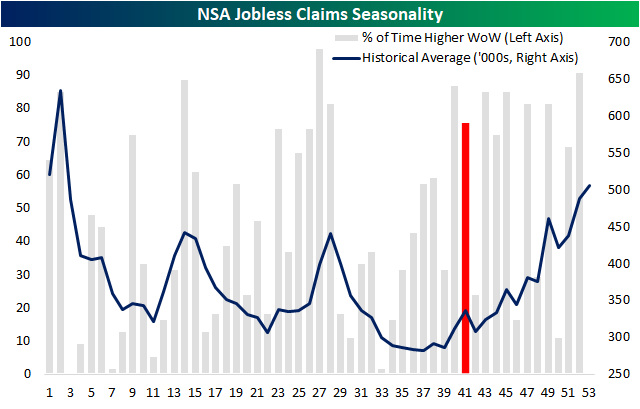 Continuing claims after seasonal adjustment likewise reached a new low of 2.593 million. This week’s 134K decline was the third week/week drop in a row and the largest of those weeks.  That leaves claims 809K above the levels from right before the pandemic. 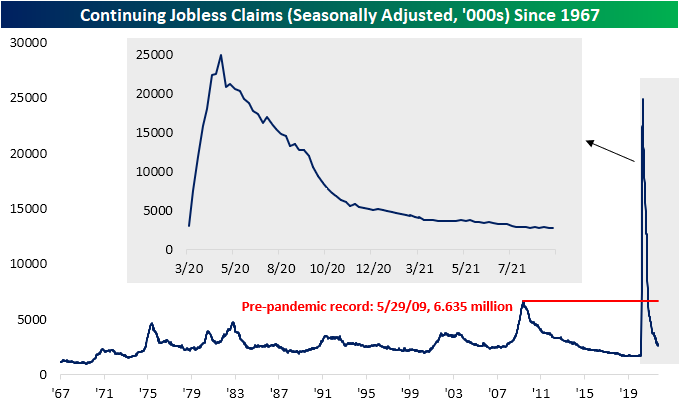 Tacking on all programs for continuing claims gives a more complete picture with the most recent data through the week of September 24th. Total claims across all programs totaled 3.66 million that week. Since the end of the support of pandemic era programs, total claims have now fallen by 7.6 million. Essentially the entirety of that decline is thanks to the massive drops in PUA, PEUC, and Extended Benefits programs as support has come to an end. In fact, since the first week of September (the last week before the expiration of enhanced benefits) regular state claims are actually higher by 26.4K whereas PUA, PEUC, and Extended Benefits programs have together fallen 7.616 million. Outside of regular state programs, PUA claims still account for the largest share of total claims with 549.1K claims followed by PEUC (440.4K), and the Extended Benefits (222.6K). With regards to Extended Benefits, throughout the summer we noted the volatile swings in that program. The teeter-tottering has appeared to have stopped for the time being as the program has now seen back-to-back significant declines from the 9/10 high of 431.3K.  In other words, any oddities in that program’s data (potentially as a result of claimants switching from PUA or PEUC claims as their expiration ended) appear to be finally working themselves out. Click here to view Bespoke’s premium membership options. 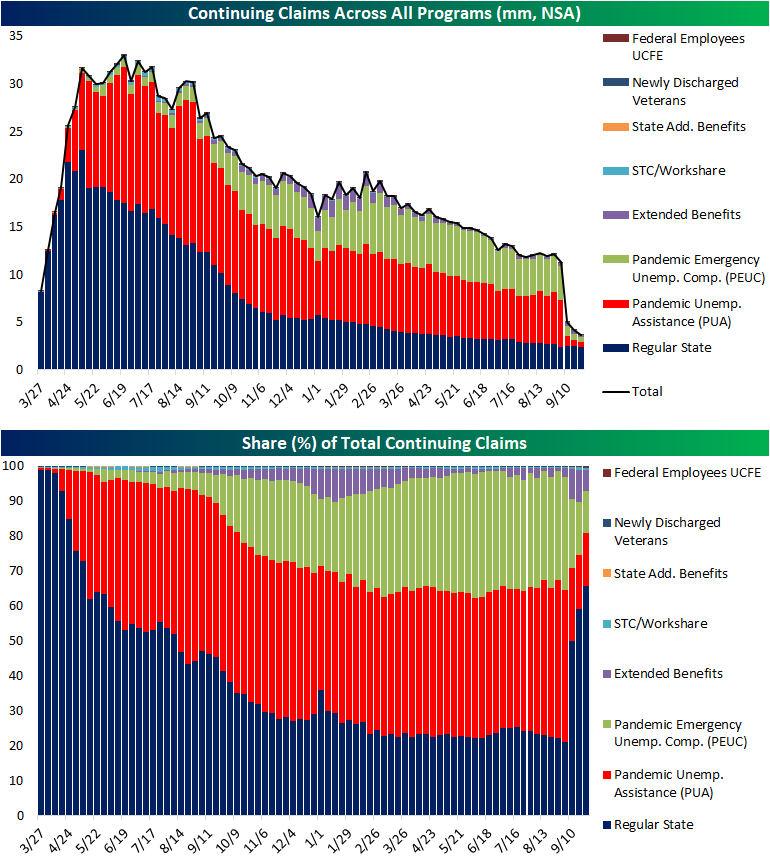