Jobless claims were forecast to come in at 5 million this week which actually would have been a significant improvement from last week.  Instead, claims came in much higher at 6.606 million while last week’s number was revised up even higher to 6.867 million.  That 261K decline over the past week surpassed the 141K decline back in July of 1992 for the largest weekly drop in claims on record.  Granted, that does not mean too much given how high claims are and the fact that over the past three weeks there has been a total of over 16.78 million claims reported, or about 5% of the entire US population.  Absolutely devastating. 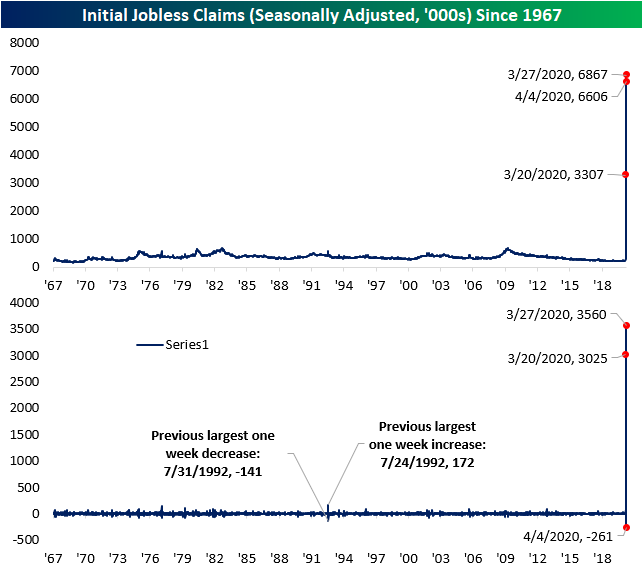 Before seasonal adjustment, this week’s number looks even worse at 6.203 million. That is slightly higher than the 6.016 million last week which sets a new record. 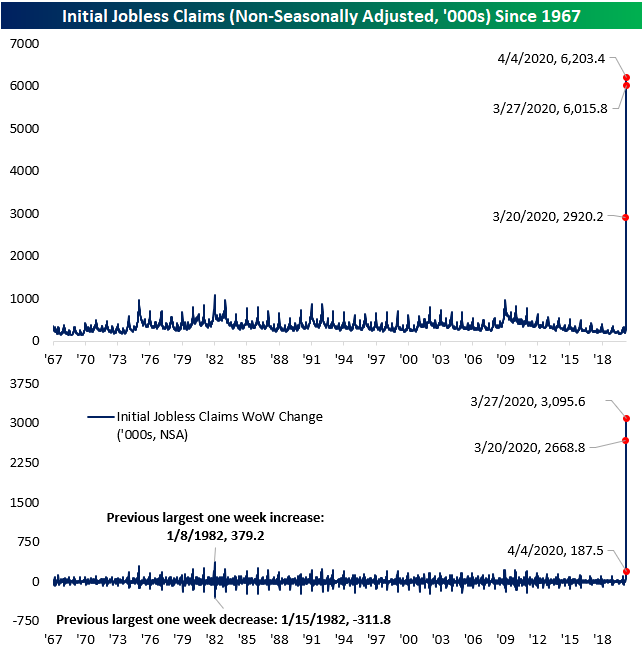 As the low readings from before the massive claims spike continue to roll off of the four week moving average, the average has reached new record highs rising to 4.266 million. That 1.599 million increase from last week is only slightly smaller than the move the previous week.  Start a two-week free trial to Bespoke Institutional to access our interactive economic indicators monitor and much more. 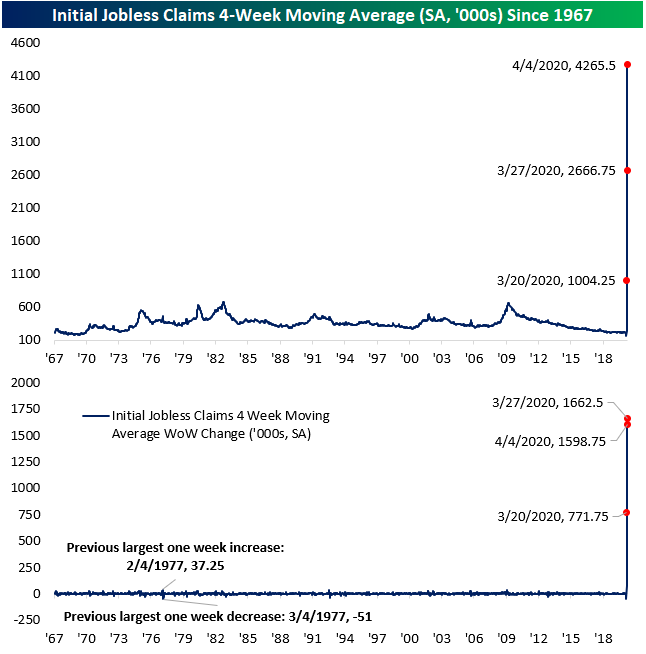